It looks like the recently leaked “quad Launcher” for Fortnite Battle Royale could be added to the game as soon as next week.

Data miners originally revealed that a Quad Launcher could be coming to the game after the V5.30 patch in August, but nothing else had been heard until the release of the V5.40 update on September 6.

According to @TwoEpicBuddies, one of the biggest and most well known Fortnite data mining accounts, the Quad Launcher will be coming to the game next week as a featured item: 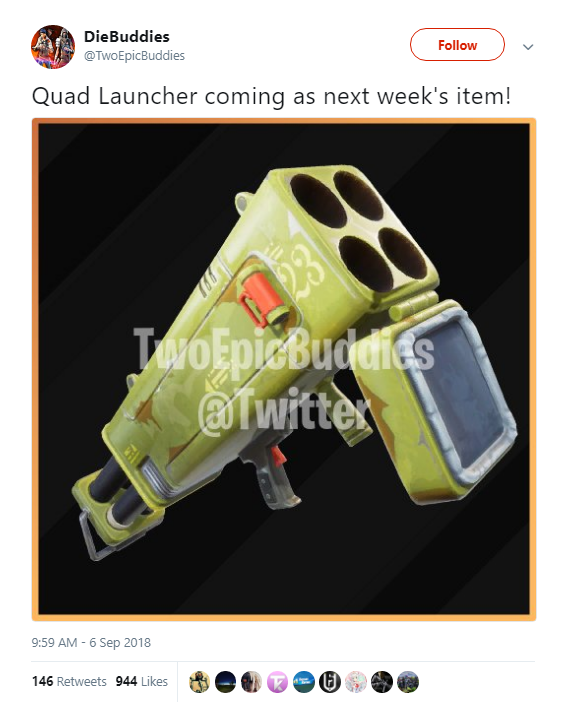 If previous leaks are to be believed, the Quad Launcher, or “Military Rocket”, will be based off of a very similar weapon that is found in the Save The World version of Fortnite.

The Quad Launcher should fire long-range rockets that damage areas within a certain area of impact.

The Quad Launcher can already be found in Storm Shield One‘s database as a weapon that comes in Epic and Legendary variants and does 80/84 base damage.

How accurate that particular information is will be unknown until the Quad Launcher finally gets added by Epic Games.