The most popular gear of Fortnite pros in 2018: Monitors, mice, and more - Dexerto
Fortnite

The most popular gear of Fortnite pros in 2018: Monitors, mice, and more

2018 was a massive year for Fortnite; from FaZe Tfue’s win at the Korea Open to Ninja’s New Year’s Eve festivities, the game saw a ton of traction. Now, fans can finally cop the gear from their favorite pros, thanks to an in-depth infographic from prosettings.net.

Prosettings.net, a website that documents the settings and gear used by top esports professionals, compiled an infographic with the most popular hardware of Fortnite pros in 2018.

According to the infographic, the most popular GPU used by Fortnite’s top players was the Geforce GTX 1080 TI, with the GTX 1080 taking a close second place. Information found by the website also concluded that most Fortnite pros prefer an NVIDIA GPU over other options – a whopping 97% of them, in fact. 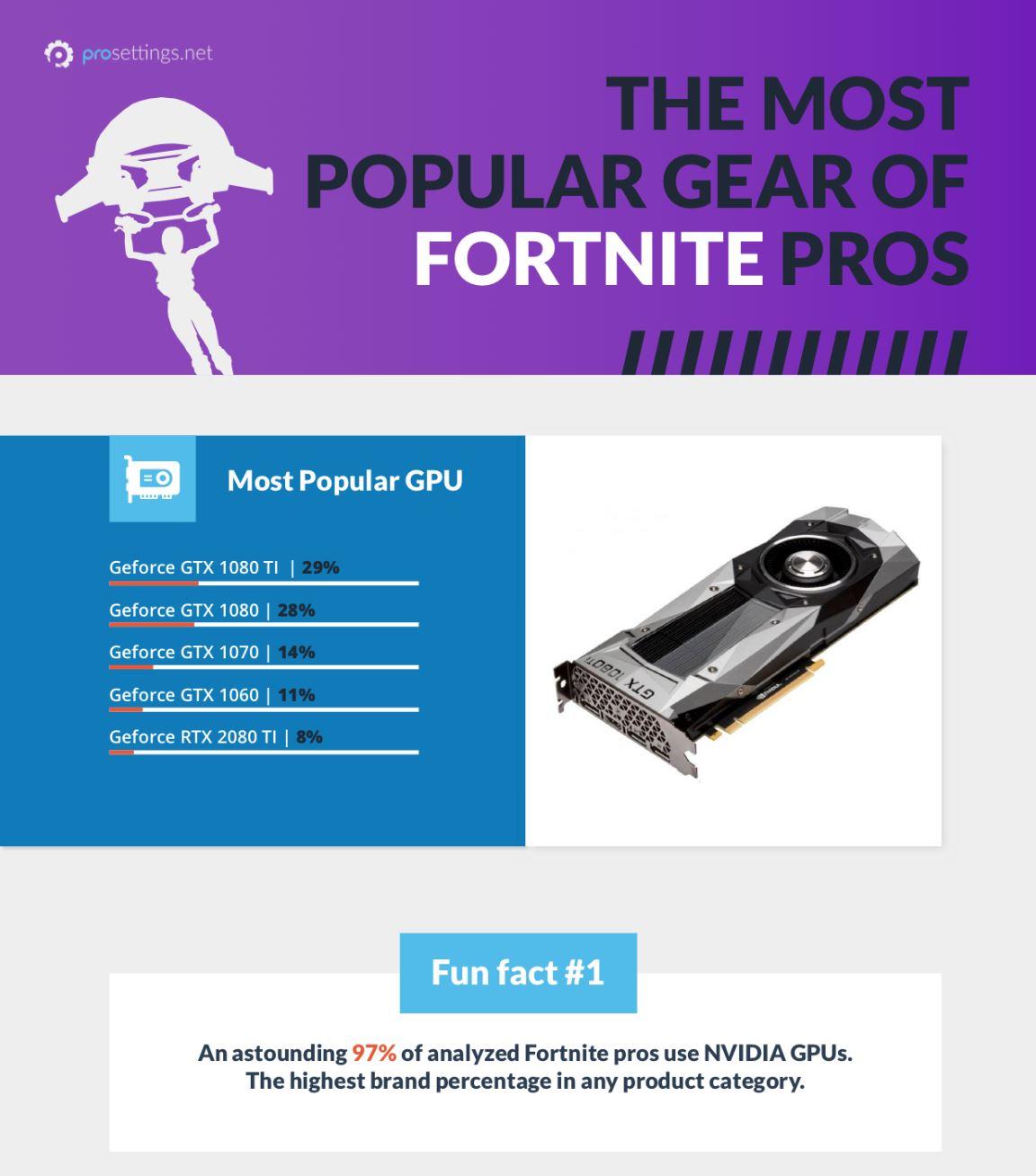 Additionally, the most popular monitor among Fortnite pros was the ASUS VG248QE – although only a reported 18% of top players used the product. The site claimed that only 30% of pros use monitors with 240Hz, as well, with the remaining 70% opting for 144Hz.

More top players preferred to get their dubs with a Logitech G Pro wireless mouse, to boot, while the most popular keyboard by far was the Logitech G Pro mechanical keyboard. 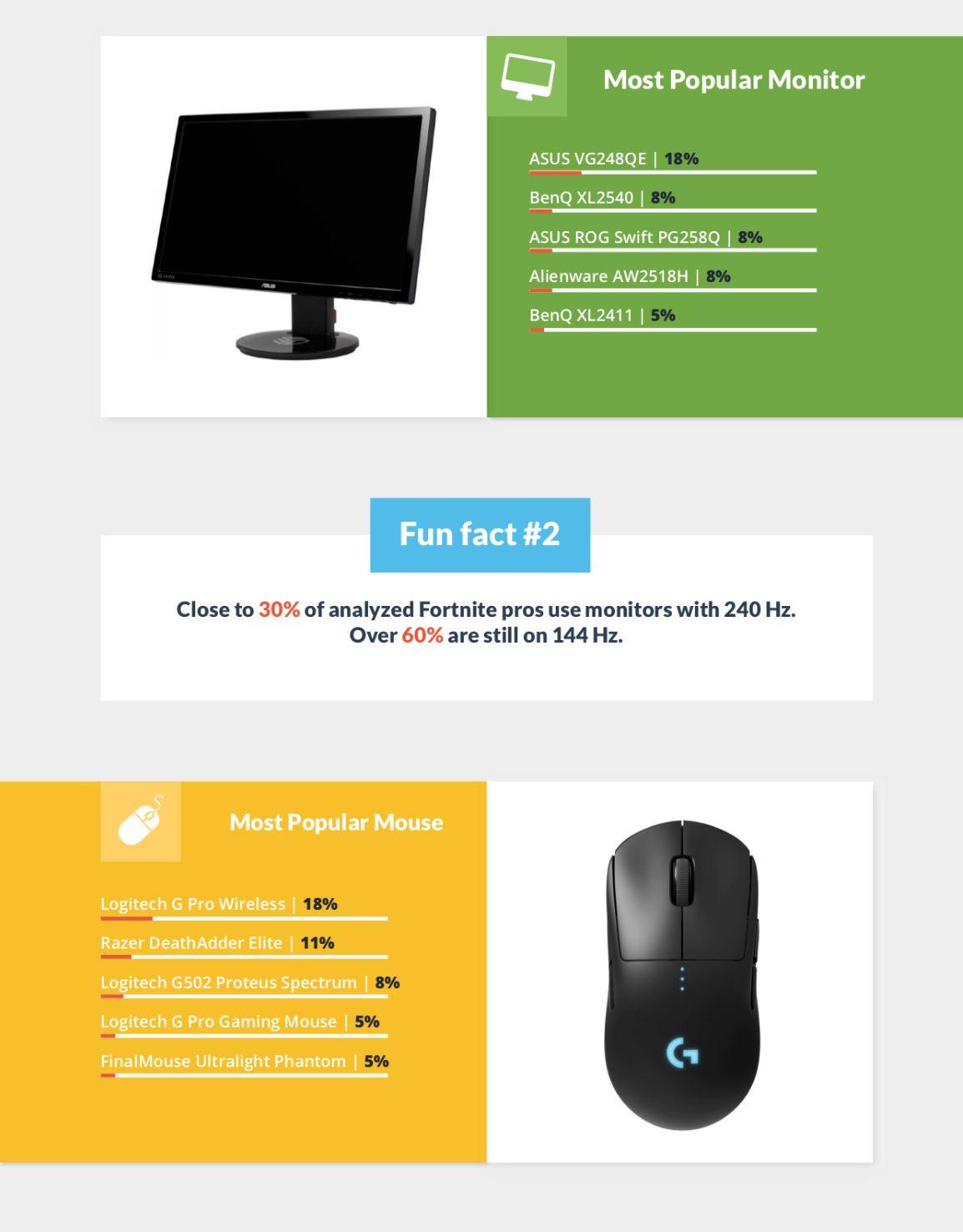 Although 2018 is now behind us, this gear could come in handy for those looking to get a leg up on the competition of this coming year.

You can read the entire infographic here.