A new building introduced with Fortnite Season 9 features a location seen in Netflix’s Stranger Things, suggesting a crossover could be in the cards.

With the launch of Season 9, we saw a couple of locations see a serious revamp. The two locations that received the biggest changes were Tilted Towers and Retail Row.

Tilted Towers and Retail Row were destroyed at the end of Season 8 and became reborn as Neo Tilted and Mega Mall respectively.

While Tilted was able to recover quite nicely, Mega Mall is pretty much a shell of Retail Row but there are some interesting new locations to look at here.

Eagle-eyed fans were able to point out a new shop called “Scoops Ahoy” which has the same name and logo from the hit Netflix series Stranger Things. You can take a look at the location for yourself in the screenshot from Reddit below. 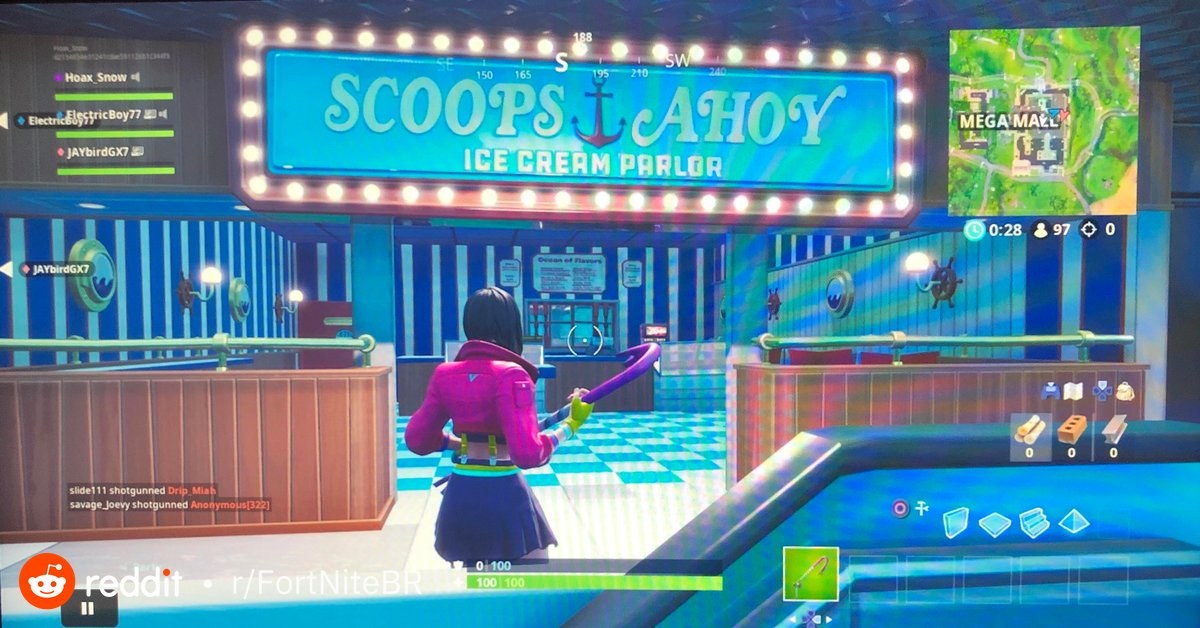 Could this be a reference to Stranger Things?

Does this mean a crossover is in the works?

Just because we see the game paying homage to Stranger Things doesn’t automatically mean a crossover is in the works.

With this new update, John Wick’s house has also been added and leaked challenges have revealed there is a good chance a crossover event will be held.

Although Epic Games haven’t said anything, it seems pretty clear ‘The Reaper’ from the Season 3 Battle Pass is a John Wick skin, meaning this event was a long time coming. 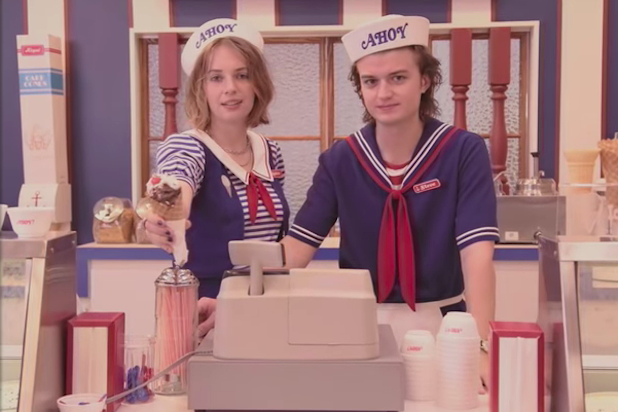 Even if this John Wick event is happening, that doesn’t mean a Stranger Things crossover can’t happen as well. It seems like too much of a coincidence in this case to ignore.

Season 3 of Stranger Things is coming in July so Epic Games could definitely be gearing up for an event around the launch of it.