The inclusion of weekly challenges in Fortnite: Battle Royale over the past few months has proven to be a highly successful move for developer Epic Games.

The challenges have given players another reason to play the game than just for wins, as well as a way to faster upgrade their Battle Pass tiers and unlock in-game content.

However, players have become tired of the repetitiveness that has stemmed from the game’s constant reuse of certain challenges, such as the ones that require the searching of chests in certain areas or the elimination of enemies with specific weapon types.

Thus, Reddit user ‘BM-Tweak’ has come up with the idea of adding longer term challenges to Fortnite that would be completed throughout an entire season rather than in a short period of time.

Some of the proposed challenges include total wins, total eliminations with certain weapons and/or tactical items, total resources harvested, and more.

The concept also shows that these challenges would be completed in tiers, and after each tier is fulfilled, the player would be awarded a special outfit skin, pickax, back bling, or emote. 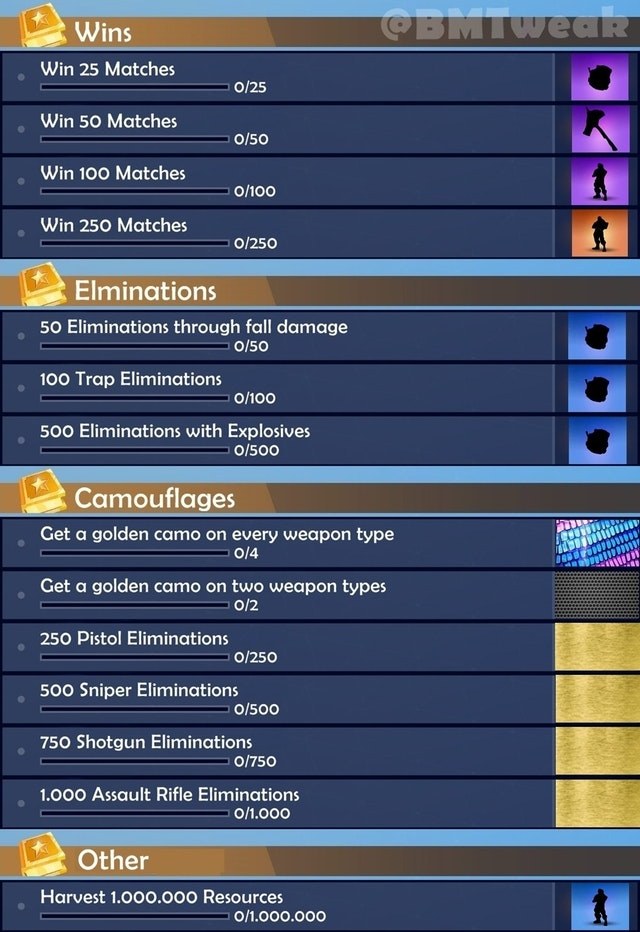 In the greater picture, the implementation of long-term challenges would perfectly supplement the weekly challenges, as it would essentially force players to play games out rather than leaving after completing a short challenge.

This concept has gained so much positive feedback on Reddit that it would not be a major surprise if Epic Games were to actually add it to Fortnite, as they have proven not to shy away from using fan created ideas in the past.