A new cosmetic item holds the distinguished title of “rarest skin in Fortnite,” and it’s one that many have probably never seen or heard of.

The Recon Expert outfit skin can now officially be considered as the rarest skin because it has now been absent from the Item Shop for 365 days.

The last time the Recon Expert was available for purchase was November 11, 2017, less than two months after the popular battle royale mode of Fortnite went live.

No other cosmetic skin that was originally available for purchase has gone this long without being featured in the Item Shop again. 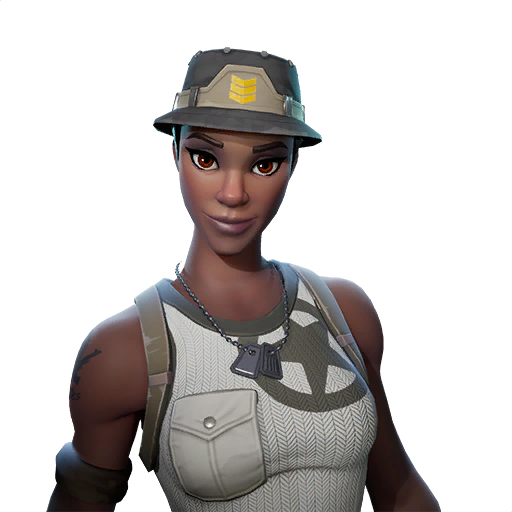 Being a Rare Skin, the Recon Expert came with a modest price of 1,200 V-Bucks the last time it was featured in the Item Shop.

However, many at the time did not purchase the skin, because it offered no unique characteristics or eye-catching features that made it stand out from other cosmetic items.

Ironically, the low number of purchases and the early nature of its release have combined to make it a skin that is just simply almost never seen in-game.

Many among the vast player-base are likely to have never even heard of the skin before, especially since everyone was more interested in the hyped up “rare” items like the Skull Trooper, Scythe Pickaxe, Red Knight, and such.

With so many of those items having been brought back to the Item Shop, it’s hard to tell which players are have been playing the game since last November, and which are just posing as “OGs.”

However, if you come across a Recon Expert skin in-game, you can rest assured that the player is most certainly an “OG.”