It looks like Fortnite could be on the brink of receiving a list of interesting new consumable items, including a Grappling Hook and Zip Line!

There is also more information on a new foraged item called the “Prickly Pear” which has been hinted at in earlier leaks.

The leaks come from @FNBRLeaks and @CrossLeaks on Twitter and seem to suggests that consumables will be receiving some attention in the near future. 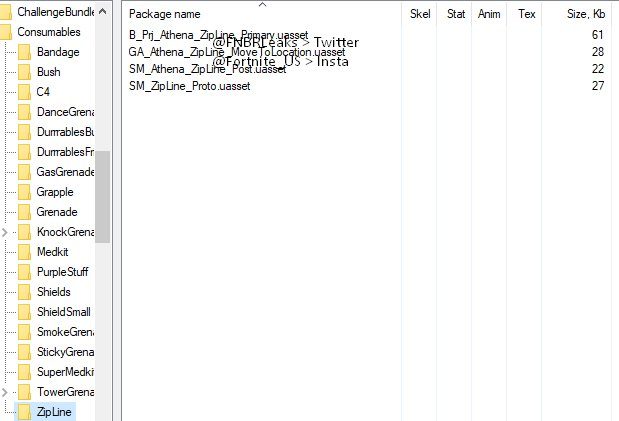 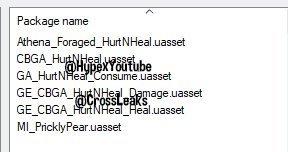 The V5.20 patch, released on August 7, introduced the all-new Double Barrel Shotgun and Steady Storm Limited Time mode and also marked the beginning of a series of leaks from data miners that got their hands on the files.

While there is no detailed information on what any of the new items will do, the thought of Grappling Hooks and Zip Lines is sure to get imaginations racing.

If leaks from XDA Developers earlier in the week are accurate, the Prickly Pear will “Hurt N’ Heal”, so it sounds like it could have a double purpose.

Items that appear in the game files after a patch tend to be added to the live game fairly swiftly, so hopefully all of our questions will be answered in the near future!

The V5.2 leaks have also included a number of new skins, gliders, pickaxes and more, as well as some in-game footage of upcoming emotes.