YouTubers ‘NerdOut,’ in conjunction with online tournament organizers ‘Flash Battles.’ will be hosting a Fortnite tournament called ‘Sunday Sabotage,’ which will feature some of the top personalities from the game’s community.

Aside from the big-name streamers and personalities that will be competing, members of the community will also be able to qualify via a series of qualification tournaments, the details of which are provided in the ‘qualification’ section below. 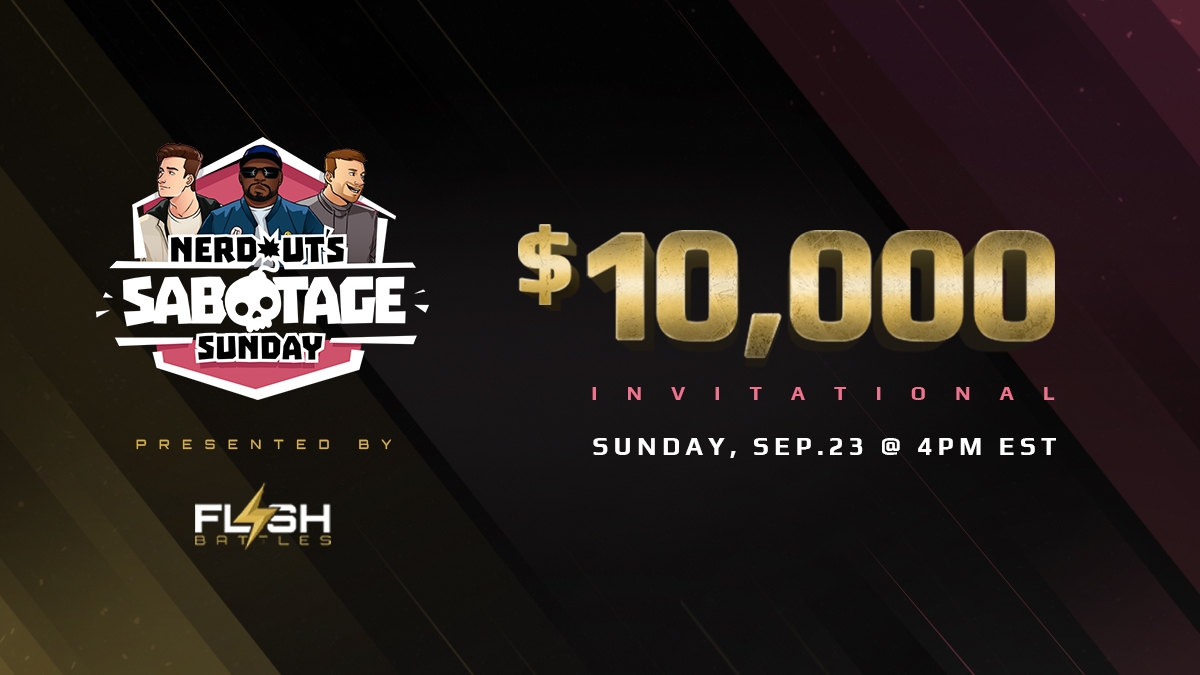 Sunday Sabotage will be double-elimination, featuring 32 teams of two playing against each other in the popular ‘total of two’ format. Teams facing each other will queue together in two public Squads matches, with the Duo that gets the most kills after the two games advancing.

One major difference between this tournament and others like it is the rule that allows sabotage between opposing teams.

The players may use any tactic they wish in-game to attempt to impede the efforts of their opponents. All instances of Sabotage are allowed. You may take any in-game action against your opponents to give yourself an advantage. These actions can even result in the death of your opponent.

The $10,000 prize pool will be split among the top three placing teams following this breakdown:

A portion of the 32 team field will be composed of invited content creators, who will be teaming up together to take on the rest of the opposition.

Here are the teams that have so far been confirmed for Sunday Sabotage.

Four of the 32 teams will be decided via 64-team online qualifiers on the Flash Battles website, allowing 8 non-invited players to participate in Sunday Sabotage.

Three of the qualification tournaments have already been played, with the fourth scheduled for September 20 at 8 PM ET. 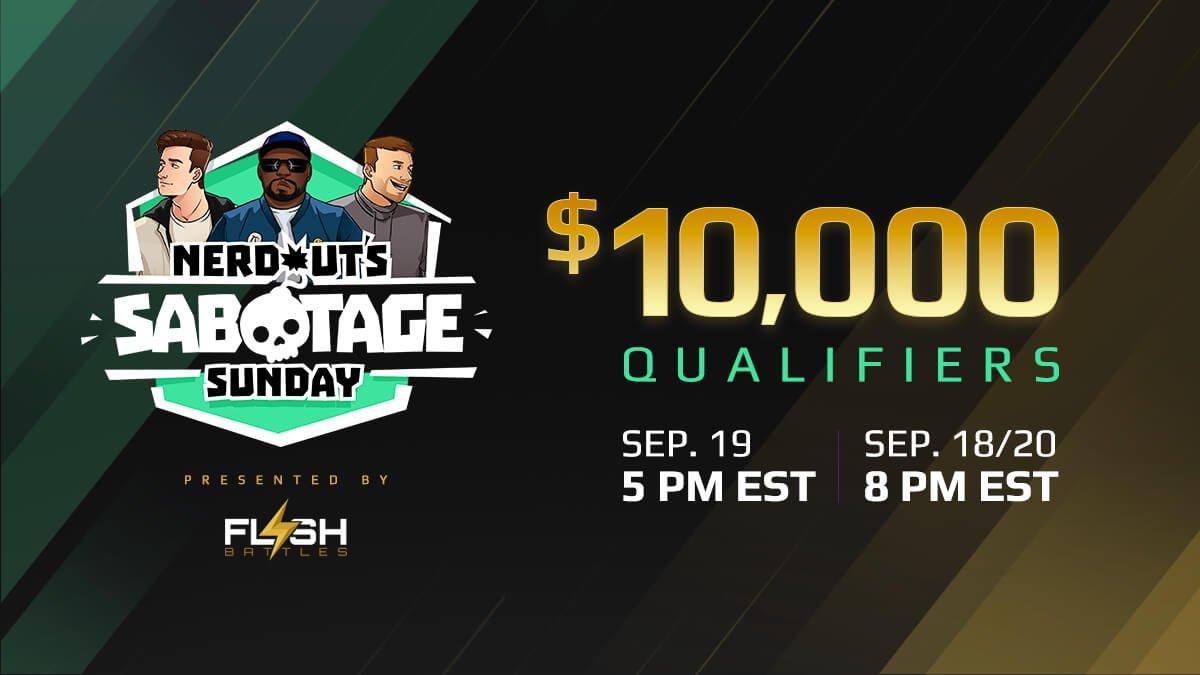 The bracket for the tournament will get filled out as more of the 32 teams are determined.

A live version of the bracket is available on the Flash Battles website, along with all other information and details about the Sunday Sabotage event.