Fortnite’s Week 9, Season 5 challenges have only been live for a matter of hours but one player has already released a Cheat Sheet to help you complete them all!

The Week 9 challenges were released on Friday, September 7, 24 hours later than originally planned due to a delay in the V5.40 patch that meant the update wasn’t released until Thursday.

As always, the challenges range in difficulty but should be possible for players of all abilities to complete given the right amount of time. If you’re struggling with any, or all, of them, ItsEnergie has released another one of his incredibly useful cheat sheets: 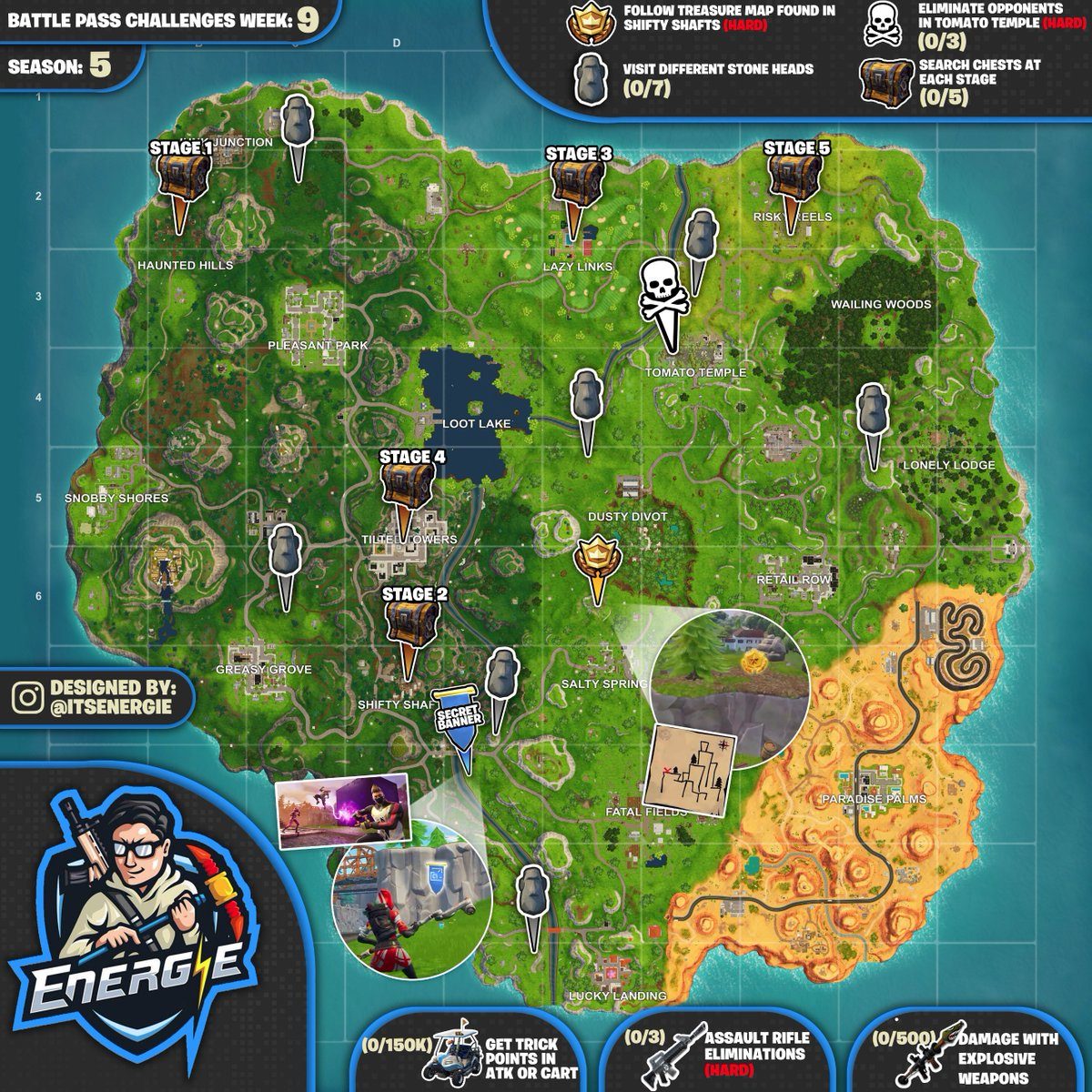 The map includes everything from the locations of the Stone Heads to the various stages of the “search a chest” challenge and the location of the Battle Star for the treasure map.

Most of the Week 9 challenges are fairly straightforward, presumably due to the fact that Season 5 is coming to an end after Week 10.

However, if you do need further assistance with some of the more difficult challenges, you can check out our in-depth guides:

Remember to complete any game that you are playing in, by being eliminated or getting the Victory Royale. Returning to the lobby early could cause you to lose your challenge progression.

If you haven’t seen all of the challenges for Week 9 of Season 5 yet, they are as follows: