The Fortnite Item Shop for the rest of October has apparently been leaked, including the outfit skins to be released during Halloween.

A Fortnite leaker, who goes by the name of ‘Fortrisen‘ on social media, posted an image several weeks ago of all the skins that would be returning to the Item Shop at some point.

So far, as of October 9, the leak has proven to be correct, as six of the ten skins that the leaker claimed would return to the Item Shop have indeed been brought back.

As the image shows, the Tomatohead, Ravage, Reef Ranger, and Easter skins have all featured in the Item Shop since the post, with the Chomp Sr. skin still in the shop at the time of this article’s writing. 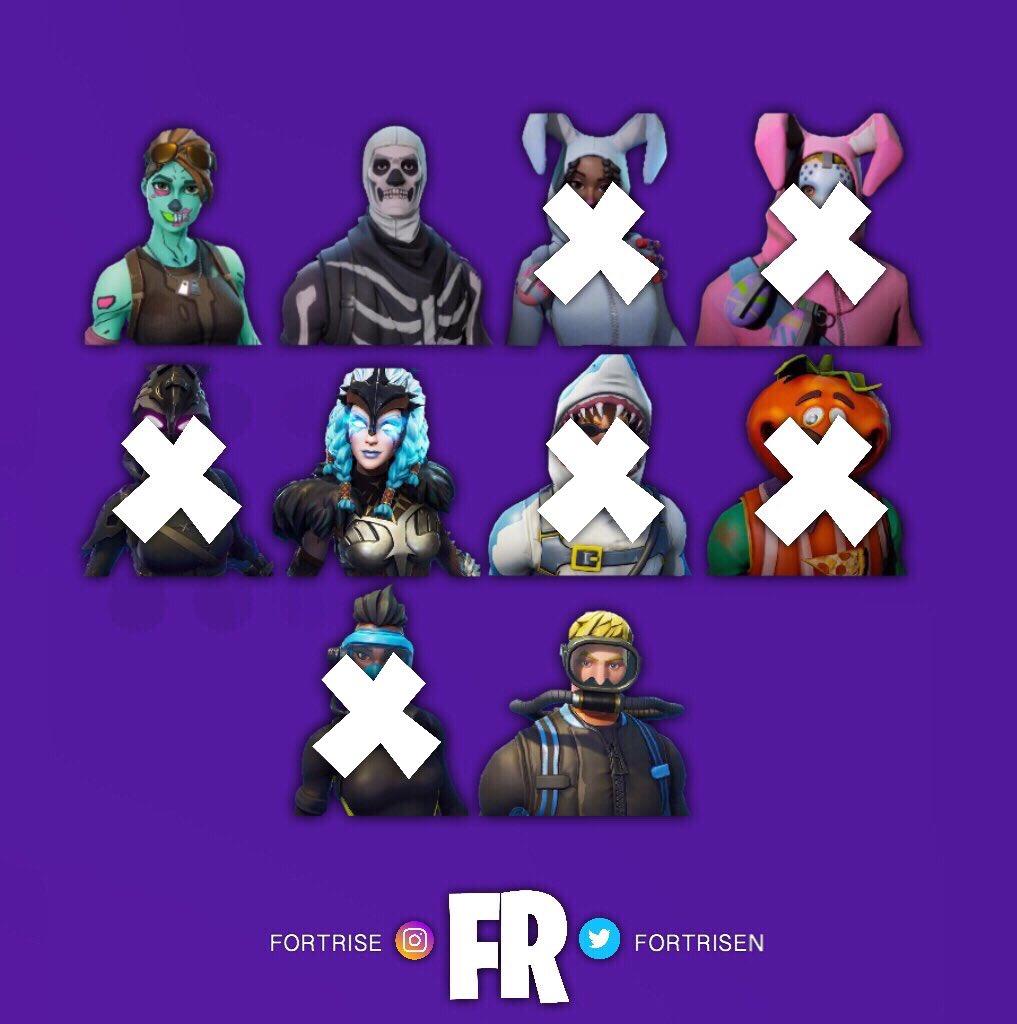 If the list continues to be correct, then that could mean that the ultra-rare Skull Trooper and Ghoul Trooper skins would be returning just in time for Halloween.

While the prospect of Fortnite bringing back those two highly coveted skins is thrilling, this all should be considered with caution, since this leak has nothing substantiating it other than the fact that it has been consistently correct so far.

It would be a very polarizing decision on the part of Epic Games to re-feature those skins in the Item Shop after all this time, although they would likely stand to make tremendous revenue.

A lot of Fortnite players who do not own the skins would likely look to purchase them, while longtime users would be unhappy that that their prized possessions could essentially lose their status as a “rare” skin.