Fortnite: How to find the secret banner for Week 10 of the Hunting Party challenge - Dexerto
Fortnite

Fortnite: How to find the secret banner for Week 10 of the Hunting Party challenge

Week 10 of the Hunting Party in Fortnite Battle Royale sees the Secret Banner make an appearance, meaning there’s a free Banner waiting to be collected and used as your own!

Whilst you may have already unlocked the skin, you’ll still want to complete the rest of the Hunting Party challenges. With a Banner on the line, you’ll want to claim it so you can show off to those that may miss it.

As ever, The Hunting Party loading screen for Week 10 has surfaced meaning that players have used their best detective work to figure it out so this means we have a pretty good idea of what we’re looking for.

This weeks loading screen, in all its glory, is below and we’ve circled just what you’re looking for. 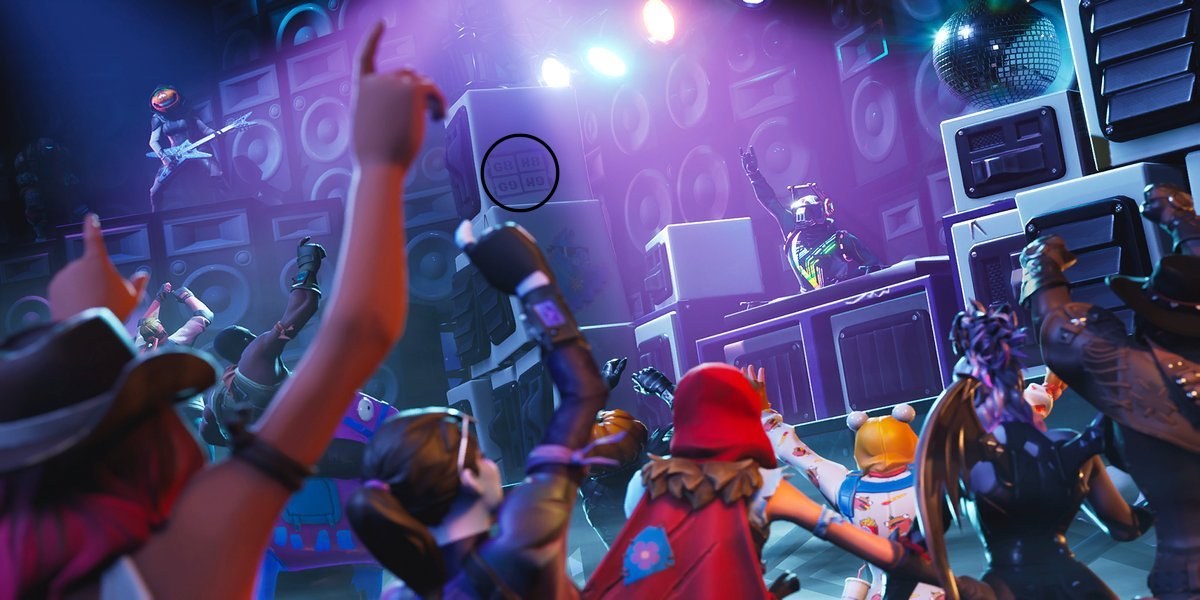 It’s sneaky, but eagle eyed players will have spotted the clue.

Find it without the circle? Well done! If not, you’re looking for the coordinates stamped on the back of the speakers above the DJ booth.

They correspond to a location to the east of Fatal Fields, just towards the desert part of the map. Again, we’ve made it easy for you and pointed out the position in the photo below. Just interact with the banner to claim it and make it yours. 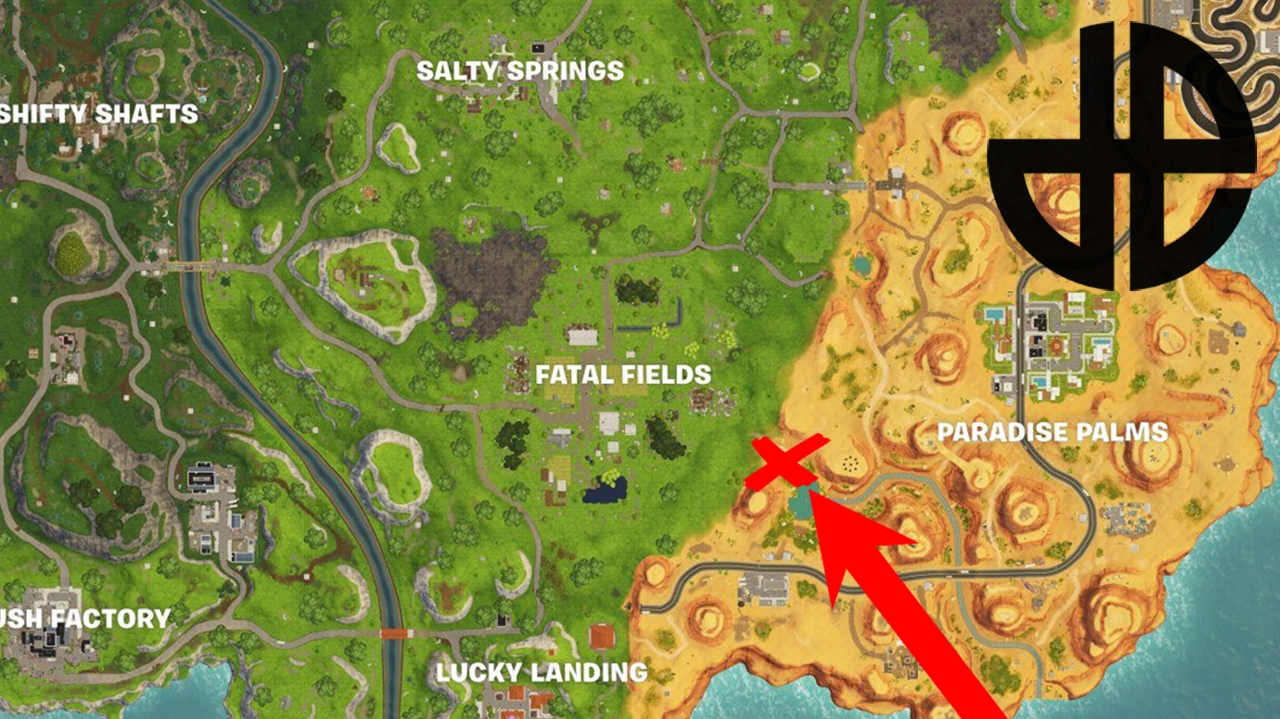