A clever Fortnite fan has finally found an ingenious way to open the hidden chest found under the ice cream truck in Dusty Divot.

Back in May 2018, Fortnite fans could hear the special sound a treasure chest makes coming from underneath an ice cream truck that had crashed into Dusty Divot in the aftermath of Season 4’s meteor strike.

The chest was part of a hilarious joke by Epic Games, as the ice cream truck had 100,000 health points, meaning it took players an extremely long time to destroy it before they could empty the chest.

Fans thought Epic Games had given up on the troll when they changed to HP of the ice cream truck to 200 during Season 5, only to find that destroying the vehicle would break the chest that sat underneath it as well. 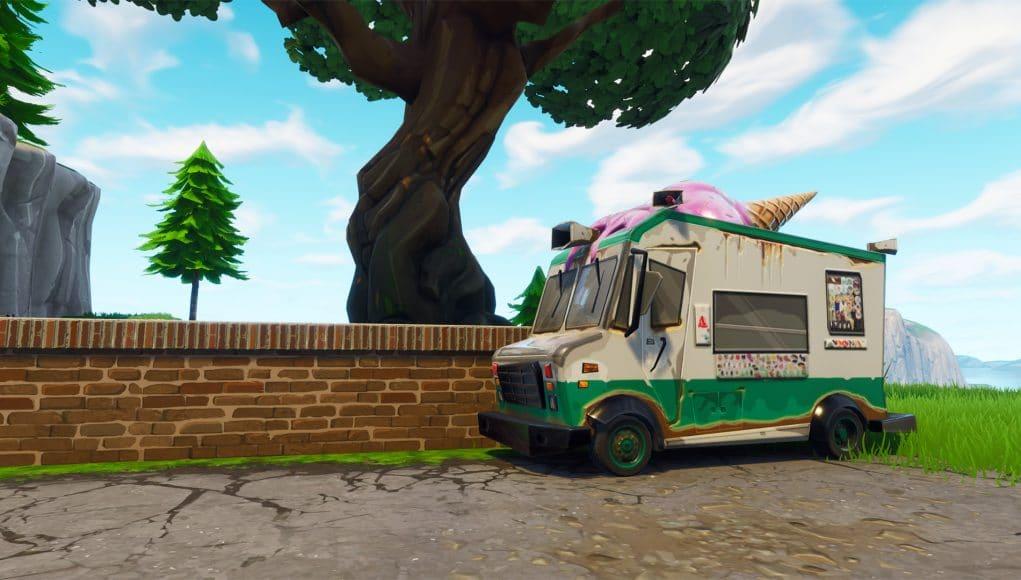 The chest is hidden under an ice cream truck at Dusty Divot.

However, it seems like there might finally be a way to get your hands on the contents of the joke chest, thanks to a discovery by Reddit user hanzo36.

Hanzo36 first built a ramp to the south-west of Dusty Divot and placed a Launchpad at the top, beside a pit which has Shadow Stones littered around it. Shadow Stones allow players to move extremely quickly, and also gives the ability to phase through objects when activated.

With the ramp in place facing towards the Divot, hanzo36 consumed one of the Shadow Stones, raced up the ramp and used the launchpad to quickly fly over the Divot, landing in front of the ice cream truck. He then phased through the vehicle, finding himself inside the truck, where he was able to open the chest and grab the loot that was inside it.

For all of this hard work players don’t receive a special item or a high rarity chest for accomplishing this feat, instead finding a normal chest that could just be filled with common items.

With the chest now able to be opened, it will be interesting to see if Epic Games decide to make another change to the ice cream truck in an attempt to continue the long-running gag.