Positioning during gunfights is one of the most important tactics in Fortnite Battle Royale, and there is a new trick that allows players to shoot through their own builds.

Players will often crouch behind their builds for cover during gunfights, and then peek over the ledge to shoot back.

However, Reddit user ‘MetaphysicalBoi‘ has come with a method that allows players to shoot through the build and not have to compromise their cover in order to fire back at an opponent.

The trick is relatively simple; the first step is to build a standard ramp, floor, wall combination in the direction that a player wants to cover themselves from.

The next step is to edit the ramp to form an angled staircase, which can be done by editing the ramp at a 90-degree angle either going to the left or right of the player, as shown below. 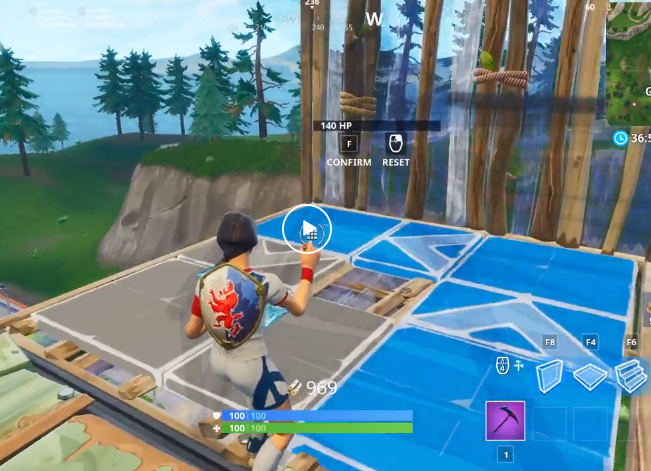 The final step is to edit a door into the wall portion of the structure. It’s important that the door is editing in the panel of the wall that connects to the lower part of the staircase. 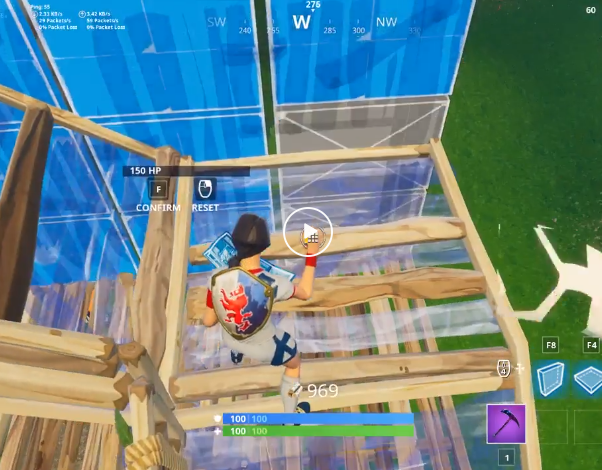 Once all that is done, the door can be opened to reveal a cheeky line of sight through the entire structure once the player gets back down the staircase onto level ground.

This then allows players to shoot through the doorway without having to worry about exposing themselves to return fire, especially if more walls are built around the structure to protect the player’s right, left, and behind.

While this trick is probably most ideal for sniping, it can be used with pretty much any longer ranged weapon, especially since there is virtually no chance that anyone can shoot back effectively.