Epic Games’ co-founder and Vice President Mark Rein has surprised some of the Fortnite community after revealing his three favorite items in-game – with the list including the very controversial Hand Cannon and planes.

During the game’s lifespan, Fortnite fans have spoken out about weapons and items that they don’t particularly enjoy and may be viewed as potentially game-breaking – with the Hand Cannon being a target for plenty of criticism.

However, during a recent Q&A session on Twitter, Rein upset a few folks with his comments about a couple of the weapons and items that may or may not annoy many players. 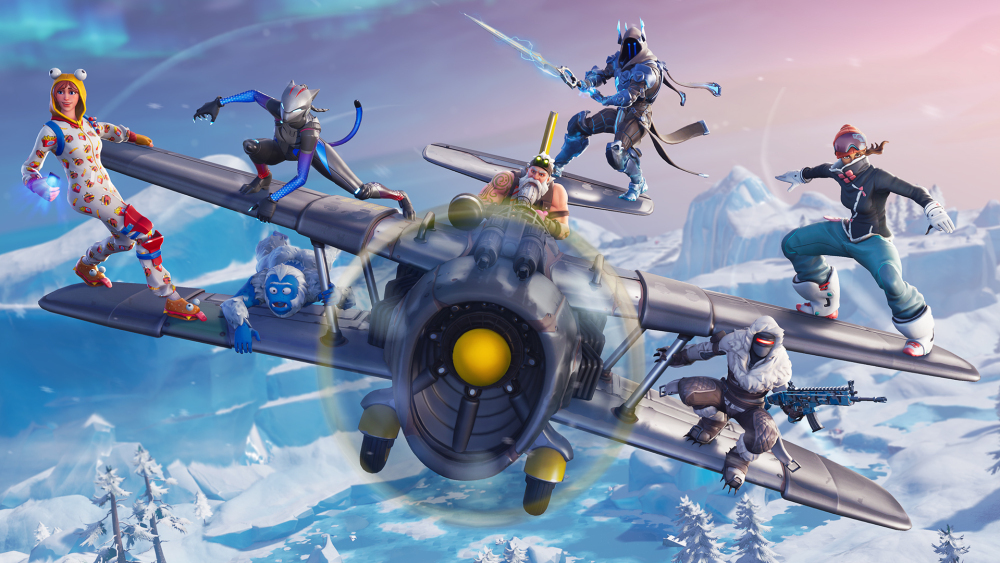 Players are still unhappy with the X-4 Stormwing.
[ad name=”article2″]

Rein responded to a fan asking him if the game’s developers listened to the communities critiques on items, particularly the X-4 Stormwings, Hand Cannon and RPG’s, and if any of those would be nerfed or placed in the vault – removing it from the game entirely.

In a now-deleted tweet, Rein replied: “Darn, those are three of my favorite things in the game right now!” He also added a purple devil emoji – make of that what you will. 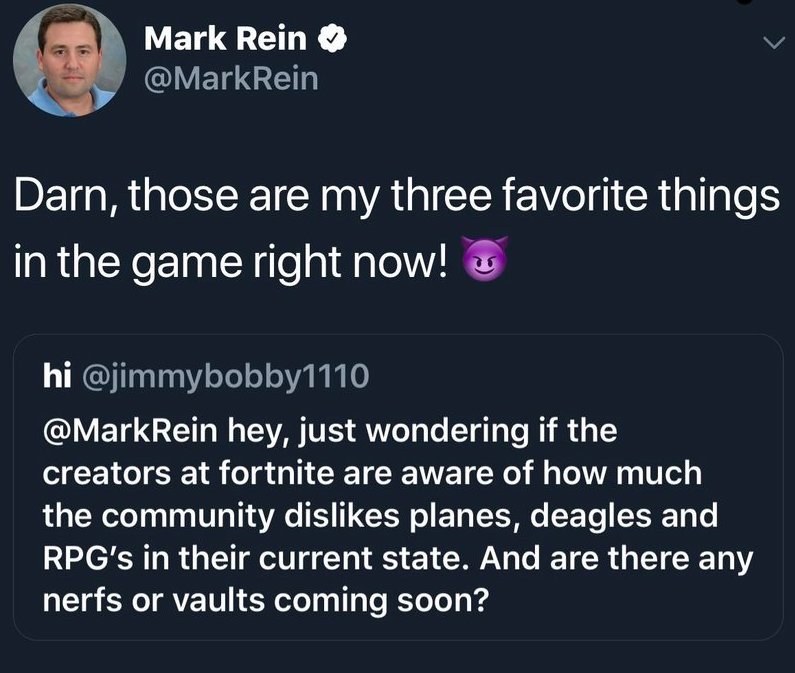 The tweet, which has been deleted, sparked plenty of reaction on Social Media, especially on the FortniteBR subreddit.

Fans questioned whether Rein played the game his company developed because of his comments – missing what may have been a joky response from the Epic Games VP.

It’s not just casual players who are upset with the controversial Hand Cannon, even professional players have spoken about the Desert Eagle-like weapon.

No FN till deagle is vaulted https://t.co/HgxXrMqjDb

The Hand Cannon has not yet been vaulted, and nobody is quite sure if it will be any time soon – as Epic make the decision on when to vault something.

With Season 8 on the horizon, the in-game meta will once again surely shift, with new weapons and tactics coming to the fore for players – make changes to some items that a number of players will welcome and others won’t.