Fortnite players have been trying to recreate a number of different classic Call of Duty maps on the Epic Games title since the arrival of Creative mode, the latest a Favela inspired design.

Whether or not it looks like the original map from Call of Duty: Modern Warfare 2 is up for discussion, but it does look to be the inspiration for this ‘Fancy Favelas’ fan build.

Stacking building upon building like the real favelas of Rio de Janeiro in Brazil, its creator Stab_Mixer uploaded their design to YouTube in order to give other Fortnite players a taste of what it would be like to enter a favela in battle royale.

Those who have watched the video have been posting further design suggestions to help bring this design closer to a real favela, too, with one YouTube user david 15 requesting for more red or orange bricks to be added in the future.

This isn’t the only Call of Duty: Modern Warfare 2 map to be remade using Fortnite’s Creative mode, with the game’s most popular 1v1 sniper map Rust being brought to the game after Team Creativity’s ‘Risky Rust’ design was revealed in December and surged in popularity. 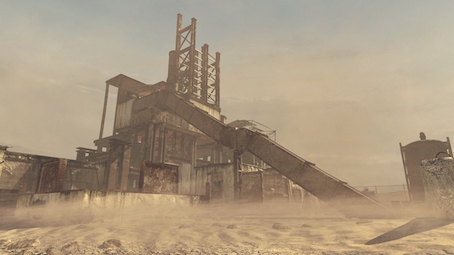 It’s not just MW2 maps being created in Fortnite, either, as a number of different designs have been  pulling on the heartstrings of gamers.

Some famous destinations from Call of Duty, The Walking Dead and even Pokémon have been built so far, and we’re sure that there will be many more inspired designs posted by the game’s community in the coming months – just like ‘Fancy Favelas’.