Obi-Wan Kenobi is a central character in both the original and prequel Star Wars trilogies. He brings Anakin, who will later become Darth Vader, into the Jedi order and later on hooks Luke Skywalker up with his first lightsaber.

The skin concept is based on Actor Ewan McGregor’s young Obi-Wan, who was the main character in the prequel trilogy, and it seems like it would fit right into the eclectic world of Fortnite. 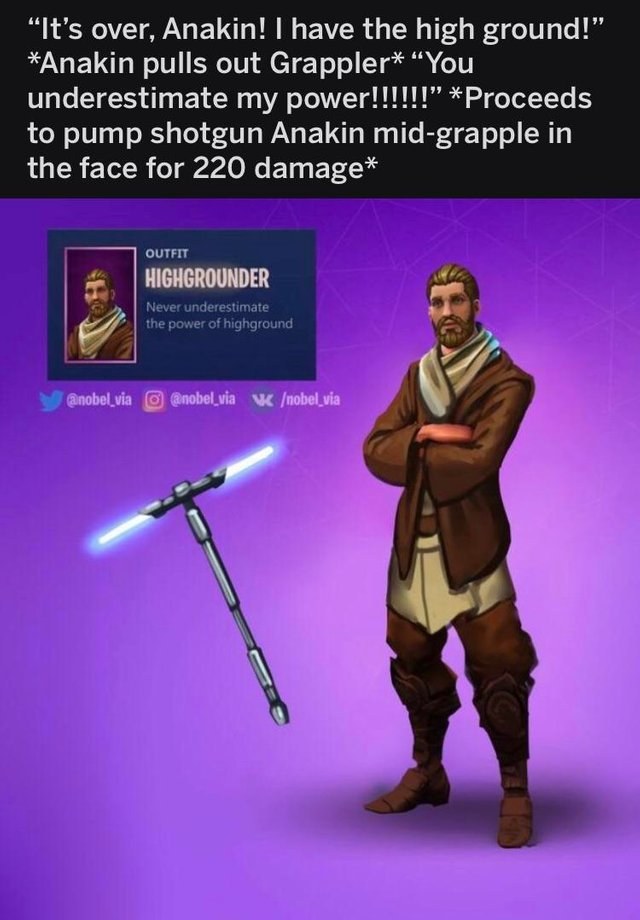 The concept was created by user Noblebatterfly and posted to /r/FortNiteBR, and it features a Fortnite-esque Obi-Wan in his classic brown Jedi robes.

For a pickaxe, Nobebatterfly designed what appears to be a lightsaber in the style Darth Maul’s double model fashioned into a gathering tool.

Darth Maul was the Sith Lord who killed Obi-Wan’s master Qui-Gon Jinn in the Phantom Menace, so Obi might have some hangups about using a weapon that looks so similar.

This concept has a very long way to go before it could be realized since the rights to Star Wars are now owned by the Walt Disney Corporation, and they aren’t afraid to sue anyone and everyone they feel are using their intellectual properties without permission.

Epic made a lot of money in 2018, but nowhere near enough to go up against a massive company like Disney.

But, Fortnite did do an unexpected Avengers crossover last year that proved to be hugely popular. So, with a new Star Wars movie coming out at the end of 2019, a Star Wars x Fortnite crossover event isn’t completely impossible to imagine.