The collective imagination of Fortnite fans have been running rampant as weapon wraps have opened the floodgates to concept skins from the creative legion of supporters, with every new idea better than the last.

Fortnite introduced weapon wraps at the start of Season 7 on December 6, and have since been a creative outlet for fans to express what concepts they think Epic Games should pursue like they have for many skin ideas in the past.

Reddit user brettwill1025 made intricate concepts for a SCAR weapon wrap that would complete the popular Brite Bomber and Dark Bomber skin sets. 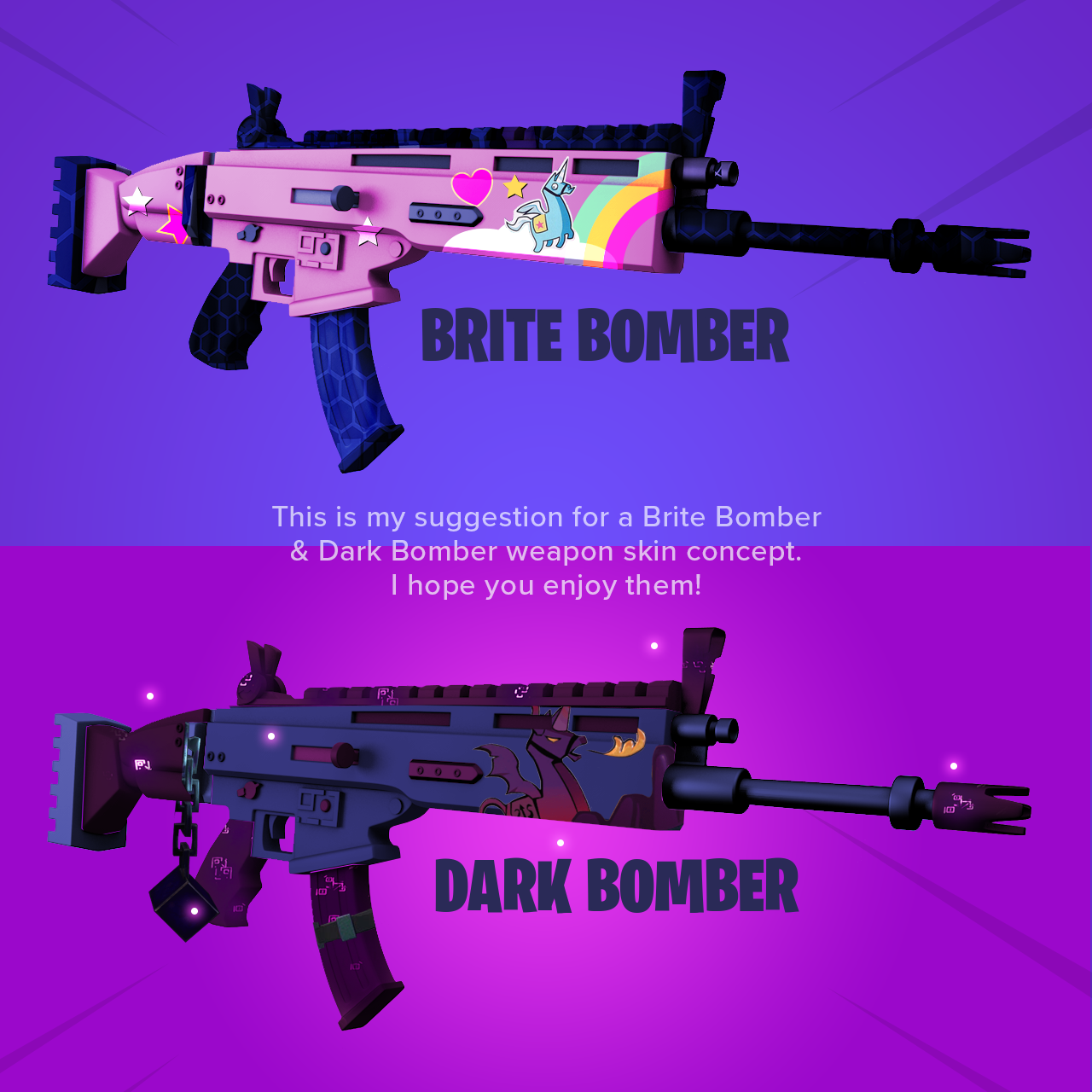 User brettwill1025 went back to the drawing board to add what fans felt were missing from the SCAR’s Dark Bomber idea.

The two wraps rightfully lend themselves to their namesakes by, just like their respective character skins, emanating an aura of playful cheer and ominous brooding.

The Brite Bomber wrap features a pink body covered with a heart and stars, with a winged llama-unicorn (llamicorn?) flying across a rainbow.

The Dark Bomber variant, on the other hand, has a purple and deep dark blue body. After a repeated constructive critique from the Reddit community, brettwill1025 adorned the gun with a devilish lamma-unicorn who breathes fire. 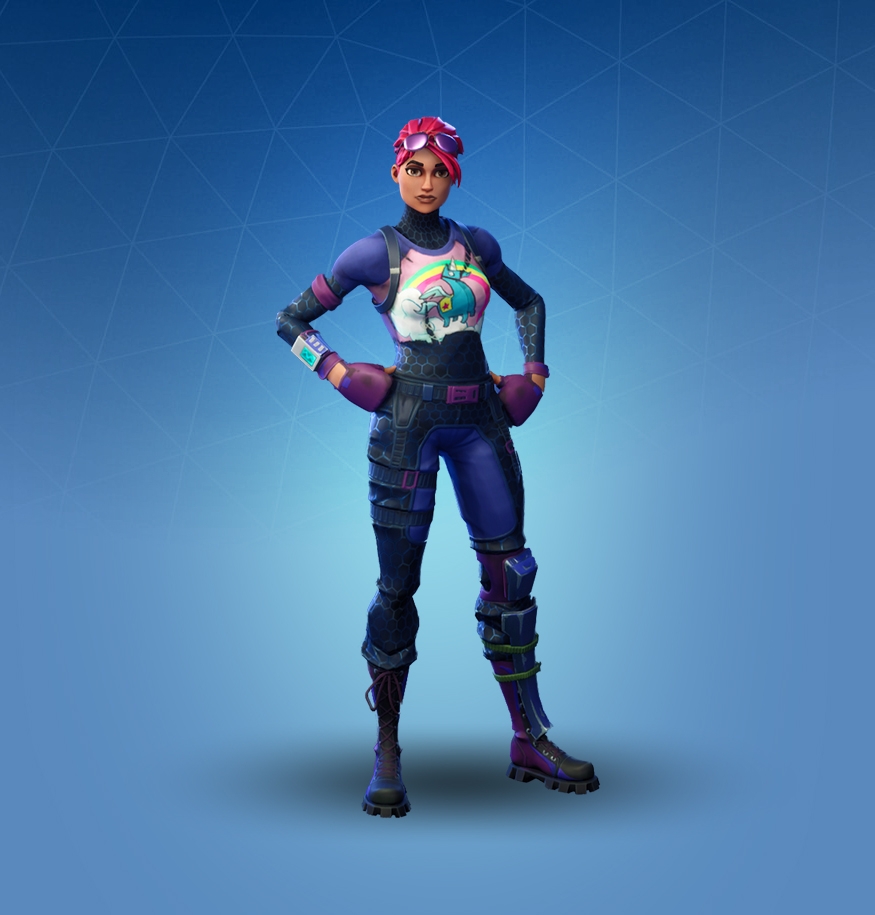 The Brite Bomber skin that inspired the weapon wrap idea.

The gun also features a keychain with a hanging mini-Kevin, the name given by the community to the mysterious Cube from Seasons 5 and 6.

The fans have been on a nonstop creative buzz since the addition of weapon wraps and there’s little doubt that more fascinating ideas will be made.