Epic Games have made a major announcement in regards to their popular Fortnite Battle Royale title, revealing the brand new space on the map known as ‘The Block.’

During an in-game event that took place late on December 6, a large layer of cement dropped out of the Fortnite sky and landed straight on top of the Risky Reels location on the northeast corner of the map.

The new square space features two large signs on each end with ‘The Block’ written on them, and they are literally the only objects found on the otherwise empty lot.

The Block was officially revealed at The Game Awards 2018, taking place in Los Angeles, CA, where a trailer for it was played on the main screen.

The trailer features The Block falling from the sky and literally covering up the entirety of Risky Reels, leaving no trace of the former location anywhere.

Donald Mustard, Worldwide Creative Director of Fortnite, was present live at The Game Awards when the trailer was reveailed and the in-game event took place.

According to Mustard, The Block ties in directly with the new Creative mode that launched in Fortnite along with Season 7 on December 6.

The Creative mode gives players their own Fortnite island and offers them the chance to create virtually anything, and “the best and coolest” creations will be displayed in the actual game at The Block for everyone to see.

As far as who decides which creations are good enough to appear at The Block, Mustard said that “we’re going to all pick it together,” which is rather vague, but Epic have already recommended players to post their creations on social media and use #FortniteBlockParty.

In terms of the guidelines for the submissions, here are some of the rules that Epic have listed in their official blog post for The Block. 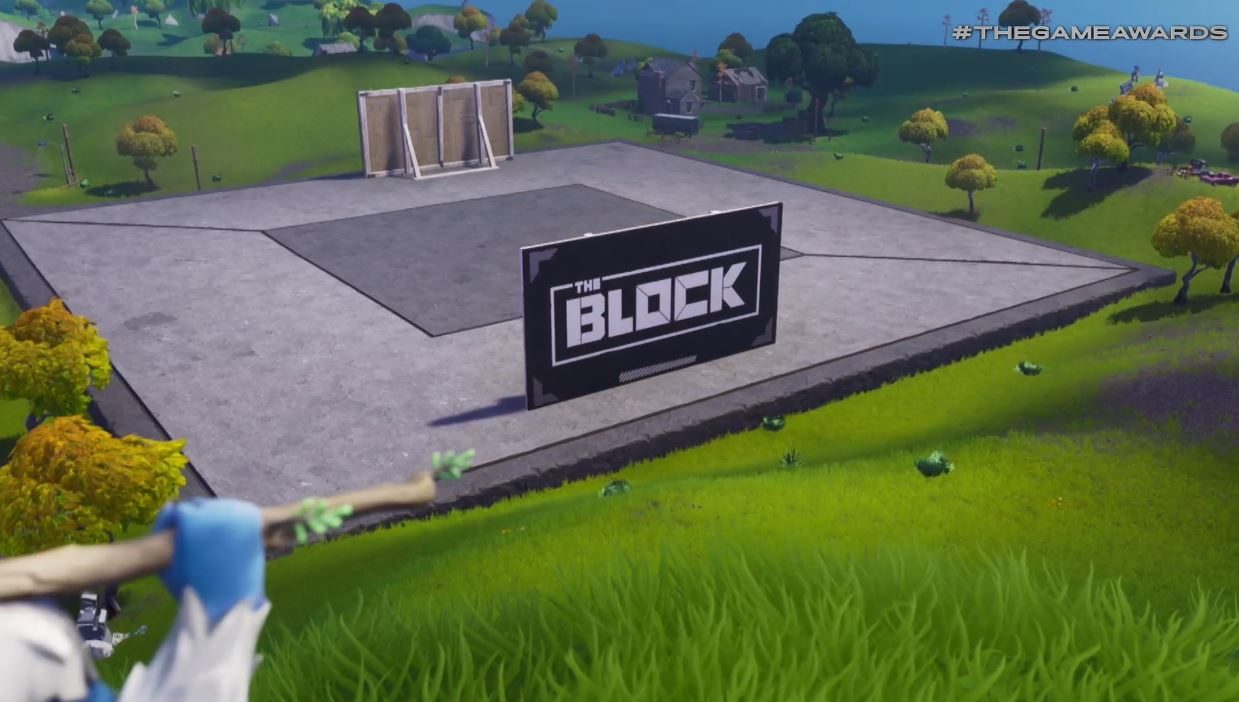