Fortnite Creative is the newest mode coming with Season 7, and has been officially unveiled by Epic Games following a series of leaks.

The mode will allow players to play custom games, design their own games, edit the map, race around the island and more to “build your dream Fortnite.”

Available first for Battle Pass owners on December 6, who will have exclusive access for seven days, all players can jump into their own island for free on December 13. 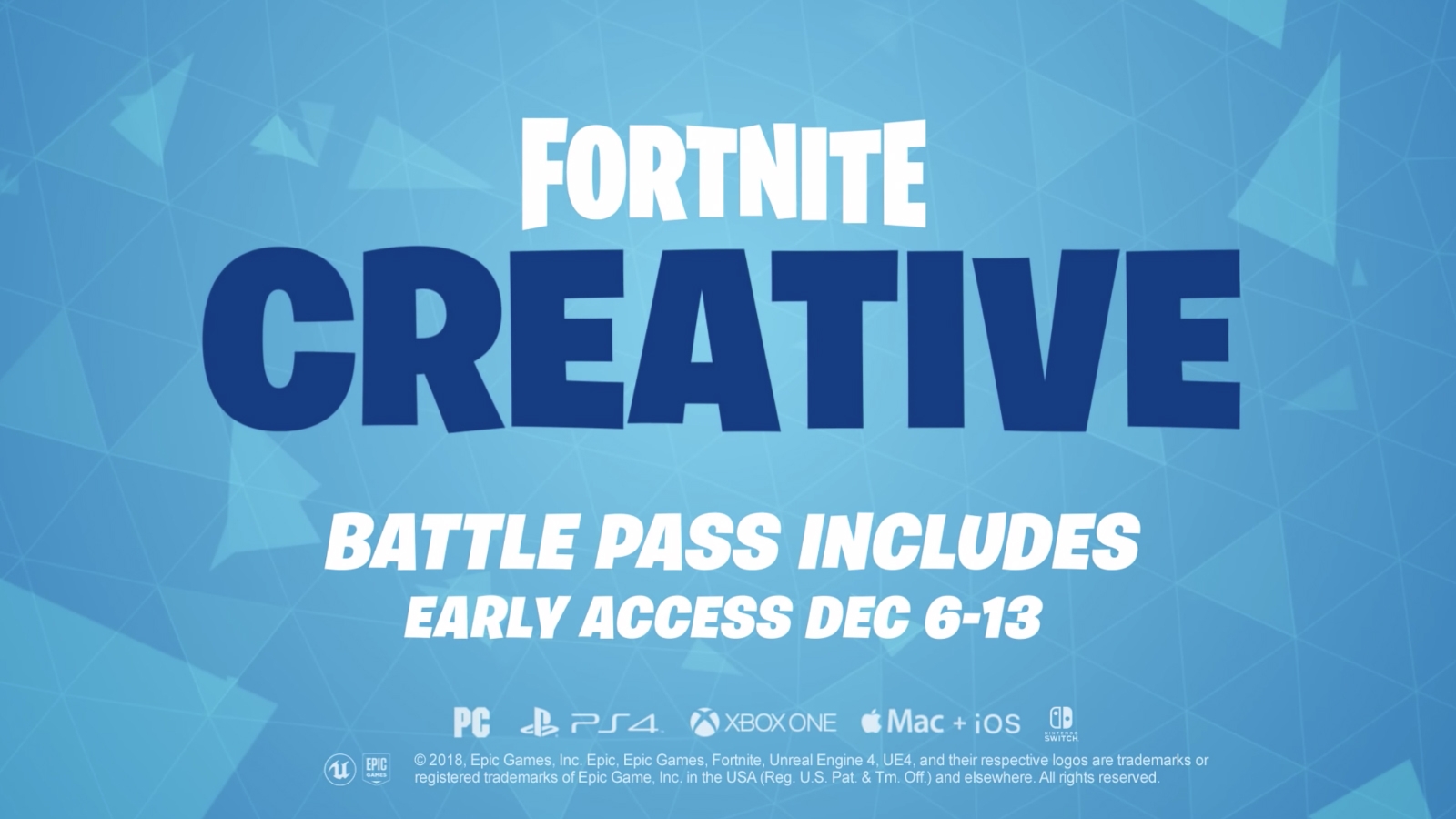 The new creative mode is not so much an extension of battle royale or ‘Save the World’, but is being pushed as its own unique mode and experience.

Epic Games say that just like battle royale and Save the World, Fortnite Creative will receive constant updates and new additions to keep it fresh, with new features and improvements.

Some popular Fortnite creators where given access to the new mode early, and were able to provide more in-depth videos explaining how it all works.

YouTuber Bajan Canadian gives a full breakdown of all the features and the insane amount of things you can get up to on your own private Fortnite Island.

This includes crazy race tracks, parkour courses made out of almost any prop in the game (including toilet seats). A cool addition is the no-clip flying ability, meaning players can simply float around the map.

There are also ‘Prefabs’ which are fully constructed buildings ready for easy placement.

Fortnite’s creative director Donald Mustard took to Twitter following the announcement to emphasize that Creative mode is just the first step to allowing players to build their own Fortnite, which he says is their “ultimate goal”.

Fortnite Creative is super early and rough. But it’s a great start. And I cannot wait to see what you make.

Like the rest of Fortnite, expect rapid iteration and updates as we refine and add and build for years to come.

Epic Games gave a brief introduction to the new mode in a post on December 5.

It’s a brand new way to experience the world of Fortnite, available on December 6. Design games, race around the island, battle your friends in new ways and build your dream Fortnite. It’s all happening on your own private island where everything you make is saved.

THERE’S MUCH MORE TO COME

Fortnite Creative is new and exciting, but not final. We’ll be adding many new features and improvements over the next few updates. Like Battle Royale and Save the World, we’re committed to making this bigger and better over time.