A compelling short movie has been released by a fan featuring all of the new characters for Fortnite Season 7, and it’s definitely worth a watch.

The video not only walk us through each of the new skins which were made available by the v7.00 patch for Fortnite, but the new icy biome which has swept the southwest side of the map as well.

Trailers like this give some backstory to a skin that would otherwise have none and it has currently attracted over 170,000 views.

While the main bulk of the video is quite light-hearted and jolly, things do build up to a rather dramatic climax. Check it out.

For those that haven’t seen these new characters yet, the collection of unofficial character trailers in this short movie shows Zenith, Lynx, Sgt. Winter, Powder, Trog and Onesie, as well as The Ice King who features towards the end of the video.

Reports also suggest that there may be some seasonal revamps of some classic Fortnite skins released in a future update too, with the return of ‘OG’ skins possibly on the cards. However, those leaks are unofficial and must be taken with a pinch of salt at this stage. 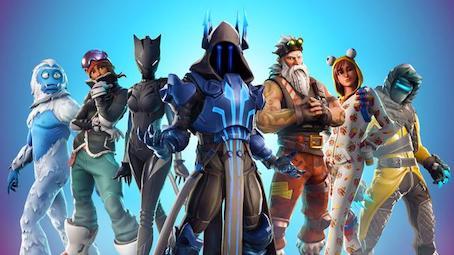 Skins are not the only customizable feature in Season 7, however, as the new patch brought about the arrival of weapon ‘Wraps’. These Wraps are essentially camos and can be applied to both weapons and vehicles when playing Battle Royale mode.

Since the arrival of this new feature, many people have taken to social media to share their best concept designs – with notable mentions including Call of Duty: Modern Warfare 2 Wraps, Llama Wraps and other skin-themed designs.