Fortnite Chapter 2 update: What changed in the v11.00 patch?

After being sucked away by a black hole, Fortnite has officially returned on PC, PS4, Xbox One and mobile, rebranding itself as ‘Chapter 2’, and adding several new features, mechanics, and a whole new map. While the official patch notes have yet to be released, many of the new additions are detailed below.

Players have been anticipating the return of Fortnite following the backup, and after being teased with map and trailer leaks, Chapter 2 has finally arrived.

It was a lengthy downtime, but we’re sure many players will agree that it has been worth the wait as Epic have completely overhauled the game as we know it.

Fortnite players will be transported to a new map in Chapter 2.

While Fortnite Chapter 2, Season 1 is now live, the strange things is that Epic Games have yet to release any patch notes for the major update, instead deciding that players should drop into the game and find out what’s new for themselves.

With a new map, vehicle, and more all added to the game, there is certainly a lot to discover for Fortnite fans, with Epic even choosing to not include the names of new points-of-interest on the map, instead requiring players to visit the location to find out what they’re called.

As things stand, there has been no official confirmation that the developers will release any patch notes for the Chapter 2 update, but we’ll be sure to update this article with any information, or the full notes if and when they are released.

Fortnite Chapter 2’s biggest change is the map, with developers Epic Games introducing a brand-new island for players to battle on throughout Season 1.

The map comes with some classic PoIs like Pleasant Park and Salty Springs, and introduces some incredible new locations like Power Plant and Slurpy Swamps, with 13 total named areas on the map at launch. 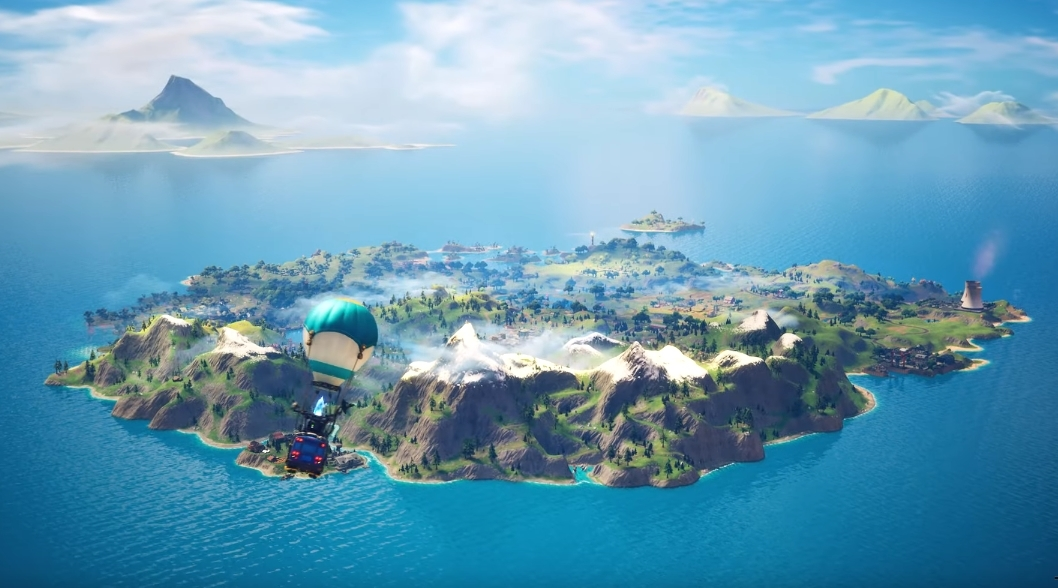 Fortnite has a brand new map as part of Season 10.
[ad name=”article3″]

With so much water covering the island, Fishing is now a major part of the game, with players able to use the item to pull things out of the water.

Fish found in the water can offer health and Shield boosts to players, and if you’re lucky you may even be able to grab yourself a rare weapon from the depths of the water, allowing you to take down opponents without going through chests.

Another major change is the addition of boats. Vehicles and other mobility options haven’t always been met with universal praise in Fortnite with planes, Ballers, and BRUTEs all drawing constant criticism but Epic are trying again, this time with boats.

The boats come with boosters to help you zoom around the island as quickly as possible, and have a Missile Launcher built into the front, allowing you to deal damage even if you’re behind the wheel.

With the map featuring so much water, boats seem like a smart idea considering players will need a way to zip around the world quickly.

Epic pulled out all the stops for Chapter 2 and delivered the largest Battle Pass to date. A whopping 1,500 V-Bucks are up for grabs as you progress through the tiers, and, as always, there are all sorts of cosmetics to unlock including skins, back bling, gliders, and more.

One of the most frustrating things about Fortnite can be the loot, as you randomly search for weapons in the hopes of finding something good, but are often greeted with items you didn’t really want, or less powerful version of the weapons you were after.

In Chapter 2 though, players can upgrade their guns using the Upgrade Bench, which offers the chance to trade in your weapon for a higher rarity one in exchange for a hefty chunk of your materials.