FaZe Clan’s Ricky ‘Banks’ Banks and Dennis ‘Cloack’ Lepore were left in both shock and hysterics and while watching a controversial tiebreaker at the $1.5 million PAX West Fortnite Summer Skirmish tournament.

The final day of qualifiers saw two players in join 33rd place (the final transfer spot to the finals on September 3) and eventually it came down to a coin flip to decide who moved on in the competition!

This left FaZe’s professional Fortnite captain, Cloak, and team owner, Banks, in a state of shock as they watched the event on Cloak’s Twitch stream:

In a state of disbelief, Banks can be heard exclaiming “If this motherfucker flipped a coin in front of me and told me I wasn’t moving on, I don’t know what I would do!”

Cloak spends the majority of the clip in hysterics as Banks continues to shout “WHAT IS THIS SHIT?!” and point out that the unfortunate loser of the flip, Colton ‘Colton’ Masters, had not just lost out on a chance in the finals, but also a staggering $5,000!

And they weren’t the only ones – a number of fans, players and personalities expressed their concern at the randomness of the tiebreaker when so much money is on the line, including OpTic Gaming’s Robert ‘WizKay’ Simone: 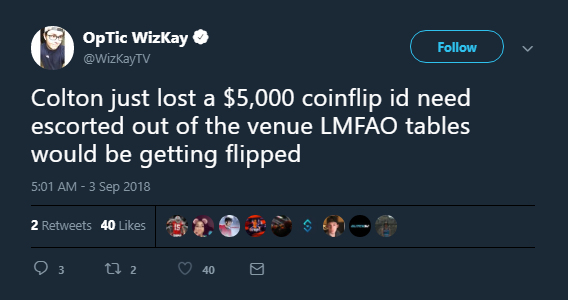 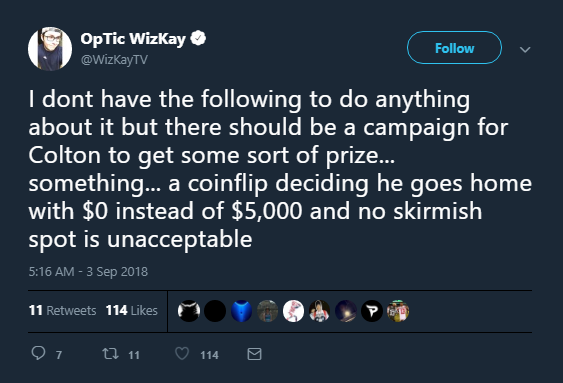 Epic Games have stood by their decision, making it clear that the two players could not be told apart by any other means and that the coin flip was a last option and one that players were aware of.

Either way, with new suggestions ranging from 1 vs 1 Playground Mode deciders to more detailed statistics allowing for tiebreaks based on damage, it seems unlikely that that Cloak and Banks will be left in such hysterics in future tournaments!