Epic Games have responded to one Reddit user’s ‘skin release date’ concept for Fortnite Chapter 2, so don’t rule out seeing it in the game soon.

As Fortnite has exploded in popularity, so has the community’s desire for rare skins. Epic Games have been criticized for bringing back a number of the game’s older, rarer skins in the past, seemingly detracting from their elusiveness.

They are also known to cycle through skins in the Fortnite item shop, as new ones are introduced in amongst the classic outfits. On December 23, an Epic Games employee responded to one fan’s awesome concept for ‘skin release’ information to be added to the Fortnite store. 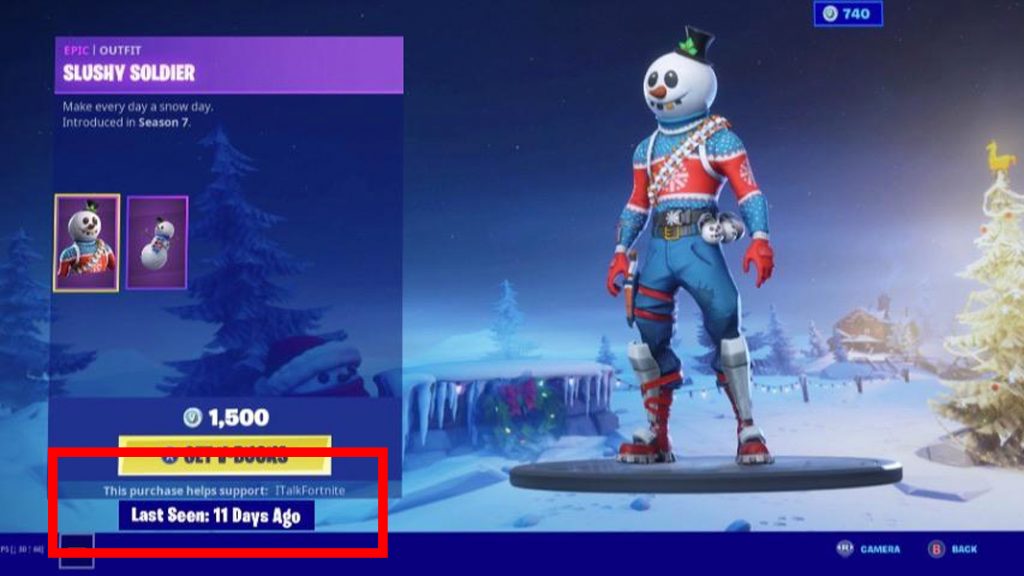 The Reddit user’s concept would be a cool addition to the Fortnite store.

The concept would include the original introduction date of the skin in question, as well as providing information on when the skin was last available in the store.

While many fan concepts gain traction on Reddit, they are seldom replied to by developers. This concept bucked the trend, however, with an Epic Games employee replying.

“So something like this? ‘Introduced in Season 7. Released December XX’,” asked ‘gstaffEpic’.

They were quickly corrected to reflect the Reddit user’s proposal which, instead of the original release date, would feature when the skin was last available, alongside the season in which it was released.

In response, the Epic Games staff member said: “Got it. Thanks for sharing ideas.”

Normally, we would say that the chances of seeing the concept implemented were slim at best. However, given the response from an Epic official, it seems that it will at least be considered by the game’s developers.

Fans have long-requested a feature to provide more information on the rarity of skins in the Fortnite store. It would also enable players to avoid confusion over whether the skin they are purchasing is new or an older one that is being cycled through the store again.

While there are no guarantees we’ll see such a feature in Fortnite Chapter 2, Epic Games are clearly interested in the idea.