The end date of Fortnite Season 8 has been leaked

Fortnite’s Season 8 has yet to take off but it seems like a new leak has already revealed the end of the next chapter in the game.

The next season of Fornite will begin on February 28, and will have a some sort of pirate theme along with many more mysterious for players to discover.

Now, a leak through the Playstation Event page for Fortnite has revealed that Season 8 will last until May 7, giving players a little over two months to indulge in the game’s new era. 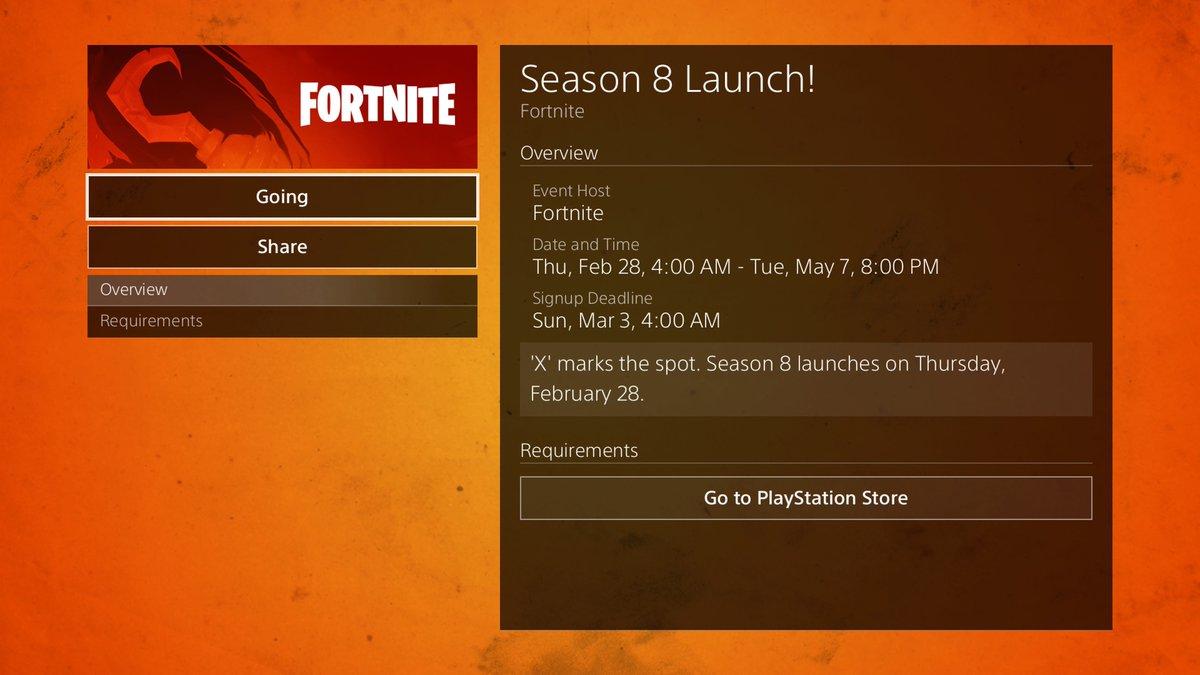 The Playstation Event page showing when players can expect Season 8 to start and finish.

However, some players will remember that Season 7 lasted a bit longer than was intended. Epic Games decided to extend the previous season by two weeks while also including Overtime challenges for players to earn Season 8’s Battle Pass for free.

Along with the end date for the next season, the Playstation Event page gave a small teaser that read: “‘X’ marks the spot.”

Awaken beasts
Of fire and ash
Battle it out
And loot the stash.
2 days to Season 8. pic.twitter.com/rdMrhYbZ1S

The page also included the previously released image of a Pirate Hook, which could be signaling the imminent arrival of many pirate themed outfits and extras.

It seems as if Epic Games will be cramming a lot of elements for Season 8, as previous teasers have all but confirmed the inclusion of dragons, pirates and sinister monsters.

With the abundance of content that’s been teased, it will be interesting to see how Fortnite goes about introducing every major facet over the course of Season 8.