Cracks starting to appear on Fortnite map after latest earthquakes

The latest series of in-game earthquakes in Fortnite Battle Royale have resulted in massive cracks starting to form in the ground.

After the most recent v7.40 update went live on February 14, players noticed that a large crack had formed in the area just southwest of Tomato Temple.

The crack is several meters long and looks rather threatening, and it certainly doesn’t seem like it’s going to be the only one we see on the map. 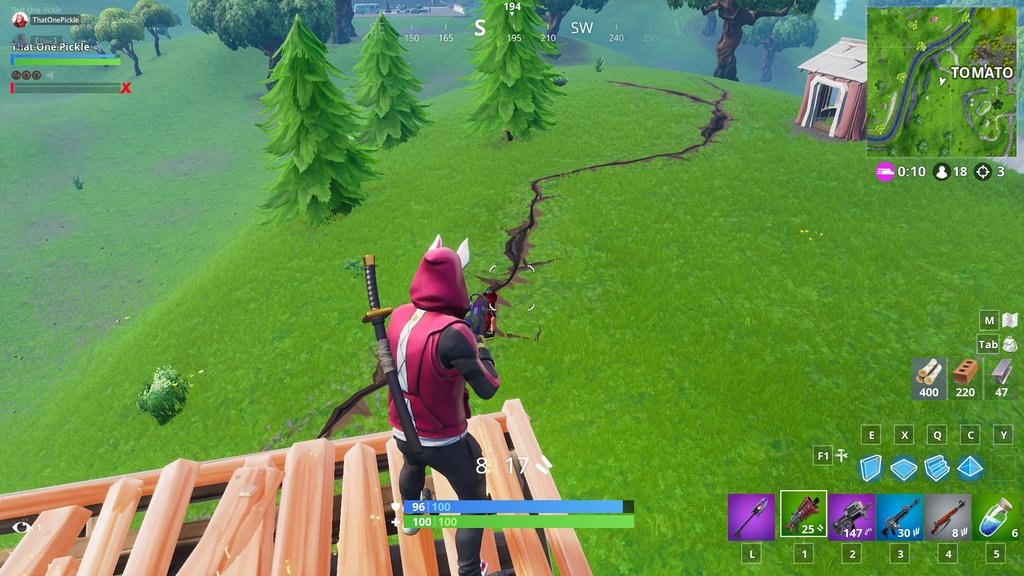 Of course, earthquakes had been felt on the map for several weeks now, but this is the first time they’ve caused any visible damage or changes to the map.

Here is a video of the crack forming in-game right after massive earthquake, courtesy of Twitter user @Armer10F.

While nothing has yet been revealed as to the meaning of these earthquakes, and now this crack, but players are speculating that this all is leading up to an in-game event that will launch the eight Season.

This theory seems to be backed up by new audio files that have appeared in the game’s back-end after the launch of v7.40, which have been dug up and leaked by data-miners.

These audio files contain sounds for further earthquakes and cracks forming in the ground, and they seem to be much louder than before.

What this all means for the future of the Fortnite map remains to be seen. According to further leaks, some are theorizing that the earthquakes will cause cracks to form in and around Tilted Towers, eventually leading to its destruction.

However, almost everyone thought Tilted was destined for doom back in Season 4, and that never panned out, so we’ll all just have to wait and see what becomes of all this.

What do you think these earthquakes and cracks in the ground mean? Will Tilted Towers be standing in Season 8? Let us know by tweeting us @Dexerto and sharing your thoughts and theories!