Could this Fortnite storm concept fix some of the issues in the late game? - Dexerto
Fortnite

Could this Fortnite storm concept fix some of the issues in the late game?

One of the biggest complaints about competitive Fortnite events from viewers is that the game often ends in a ridiculously tight circle as a large number of remaining players build their way into the clouds.

This was particularly prevalent during the Fortnite Fall Skirmish finals at TwitchCon as images of almost half the players in the 100-man lobbies being alive in the final circles were shared across social media.

One fan of the game thinks they may have come up with a solution to the issue, though. Reddit user ‘SchwarzENTegger’ shared an image of his idea for how the storm should look in the late game, suggesting a constricting dome rather than the cylinder that we see at the moment.

The dome would not only get smaller in circumference, but also in height, with SchwarzENTegger stating: “This solves issues like: Sky basing, insane number of endgame players, high ground camping,” and more.

The user also believes that this dome concept would end up: “forcing players to fight instead of endlessly building upwards.” 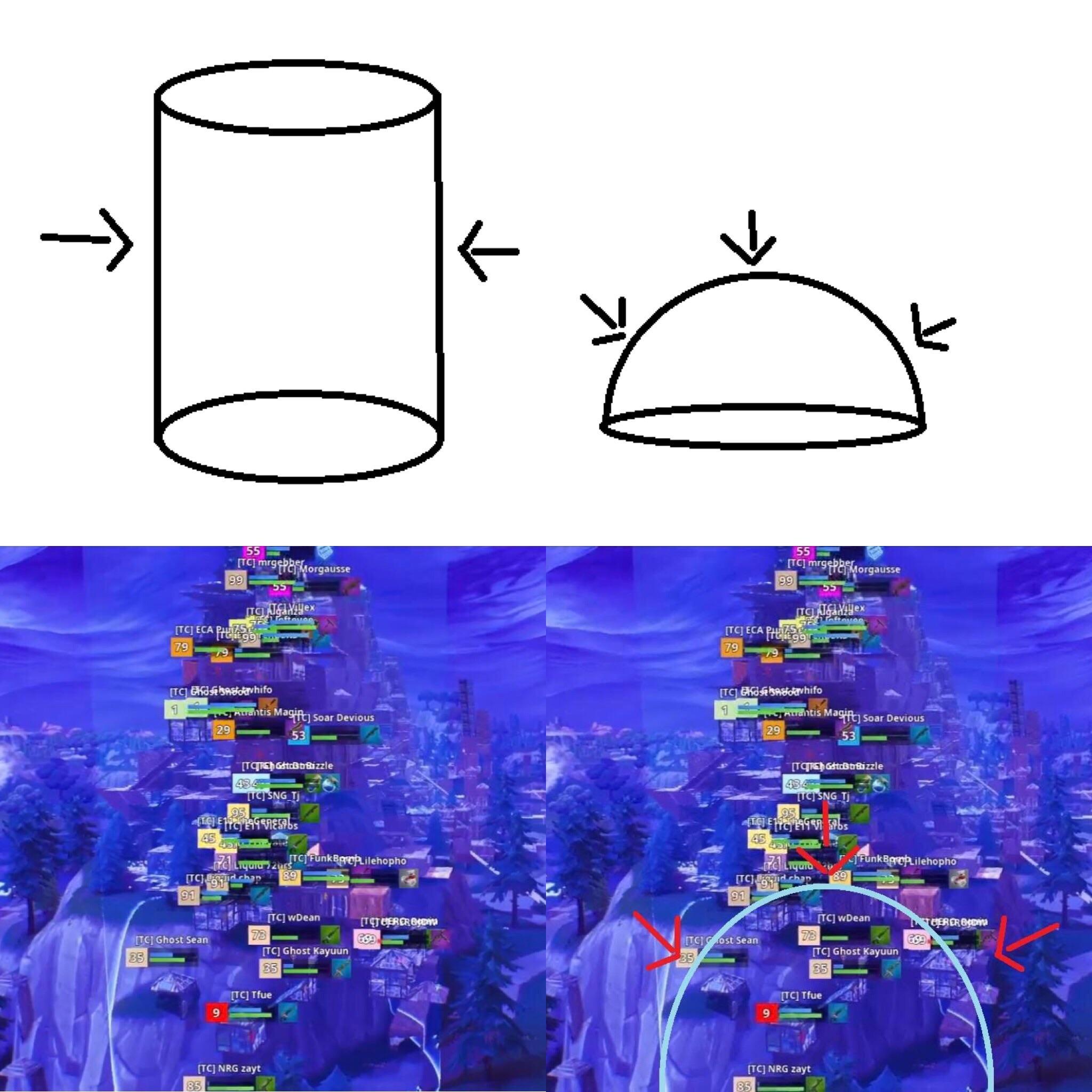 “Playing devil’s advocate: closing the circle this way would cause even more people to be eliminated by the storm,” another user, ‘MrStLouis’, said in the FortniteCompetitive subreddit. “Although I like the idea of forcing encounters late game rather than building up I think they need to fix more than the final circle.”

While we’re not entirely sure how effective this suggested change would be in terms of making competitive Fortnite more enjoyable to watch, we’d be interested to see it in practice before writing it off as a non-starter.

Not being able to build up to a great height as the game progresses might force some players to take the gamble of engaging in a fight early, but if professionals still waited until the final circles it would seriously limit their options.

The way that items like the Rift-To-Go could be used in the late game would also be limited due to players taking damage when they teleport into the sky – something that they would surely not be fans of.