Ali-A reveals how to use unreleased Assault Rifle in Fortnite

Popular Fortnite YouTuber Alistair ‘Ali-A’ Aiken shows players how to get an early look at an unreleased version of the ‘Heavy Assault Rifle’ in Chapter 2.

Epic Games are known for making many changes to the Fortnite world to keep players entertained with fresh content.

Among many of their changes were their plans to revamp two of the battle royale’s Assault Rifles in Chapter 2, which was leaked by data miners on November 20. 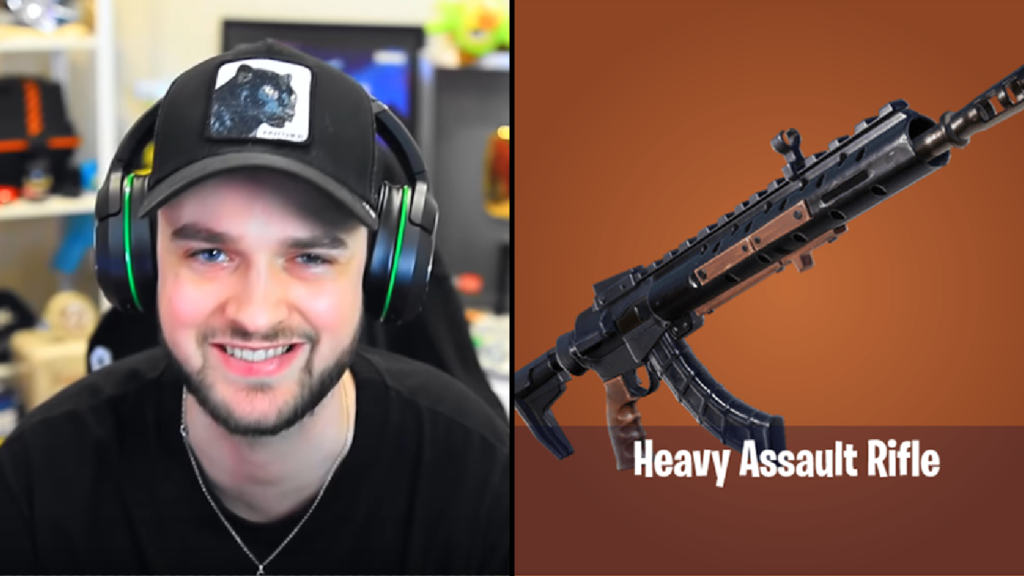 Ali-A shows how players can get their hands on the unreleased weapon early.

The revamped ‘Heavy Assault Rifle’ is the first of the two weapons that were expected to hit live servers and Fortnite YouTuber Ali-A has managed to test out the gun, despite it never making it to the game (yet).

The popular content creator explained that the revamped weapon had been added to game files and was available to be tested in Creative mode.

“A month ago or so Fortnite added into the game an unreleased weapon, which is basically a re-skin of a weapon we already had, except it had been changed slightly,” he shared, before explaining how fans could get their hands on it.

Topic starts at 7:25 for mobile users.

“It turned out if you had that original weapon in your creative mode you could actually bring it back into the map and use it now unreleased,” the Fortnite YouTuber expressed, before trying the rifle out for himself.

Ali-A began to test out some of the differences between the Heavy Assault Rifle and its counterparts, highlighting the changes that were made to the previous iteration of the gun.

As well as being re-skinned with a new look, Epic Games also made adjustments to the Assault Rifle’s bloom, reload time and damage.

It is unclear when the Rifle is expected to be released on live servers, although it is likely that both the Epic and Legendary versions of the rifle should be available to players in a future update.