Manchester City left-back Oleksandr Zinchenko has had his FIFA 20 Ultimate Team revealed, but is there room in the starting XI for any of his teammates?

The Manchester City team of recent years is one of the best English football has ever seen. Guardiola has transformed so many players, including young Ukranian left-back Oleksandr Zinchenko, who stars in a team that prides itself on smothering the opposition.

It seems that, despite a PL return being on the horizon now, that Zinchenko is spending his time in lockdown playing some Ultimate Team, and he boasts one of the strongest lineups we’ve seen from any pro player.

The City youngster can grow to become one of FIFA’s best players.

Thanks to Reddit user ‘Th3Bart‘ we can see what XI the Ukranian international is rocking when it comes to FIFA, and there are a few picks that may surprise players.

First off, bitter rivals Liverpool are represented by FUT Champs Alisson Becker, while Champions League contenders Leicester City have a player in Jamie Vardy up top. 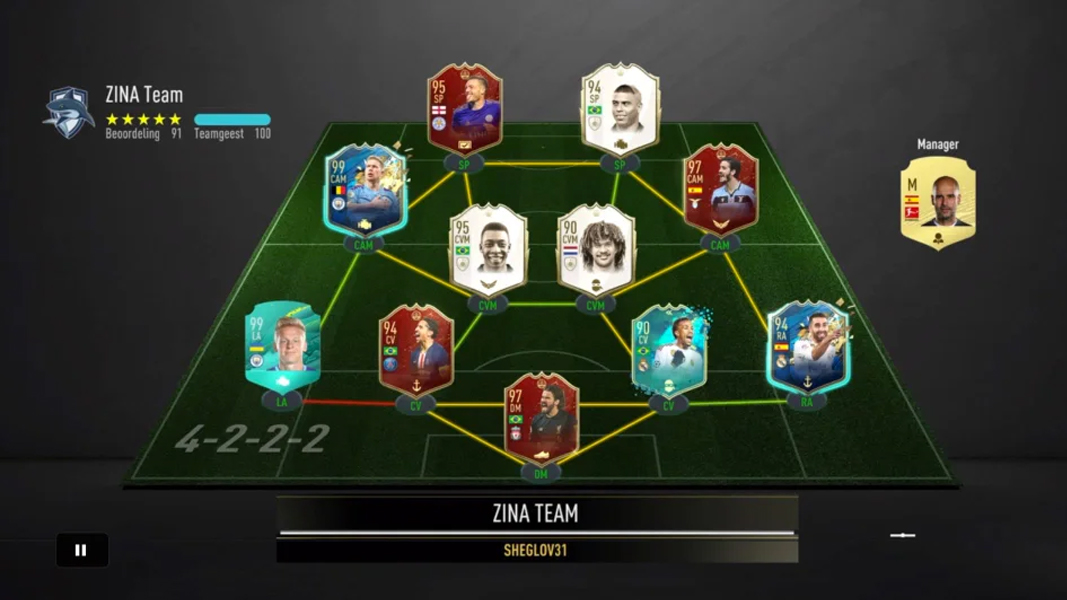 Kevin De Bruyne’s TOTSSF is the only Man City player who makes the cut – other than Zinchenko’s own 99 OVR LB card.

That’s also the end of PL representation, with Zinchenko using Brazilian and La Liga links to ensure his team stays n 100 chemistry. That, and his own manager Pep Guardiola. The youngsters full team is listed below:

In terms of improvements, there really aren’t many obvious ones Zinchenko could make. It’s simply one of the strongest XIs we’ve seen from any pro player, and he clearly understands chemistry and is using it well to ensure all his players link with those around him.

We’re perhaps a bit surprised to see only one Man City teammate in the mix but, as the highly-rated FUT Champs cards indicate, it seems that Zinchenko has a good side and knows how to use it.