Fifa 19 comes out in a little over a week, and Playstation has revealed how to get two exclusive PS4 kits in the game’s popular Ultimate Team mode.

The kits, one blue and one grey, are unlocked after completing a specific Squad Building Challenge in the game.

The SBC doesn’t appear on the FUT mobile app, but should appear when players log into Ultimate Team account on their PS4 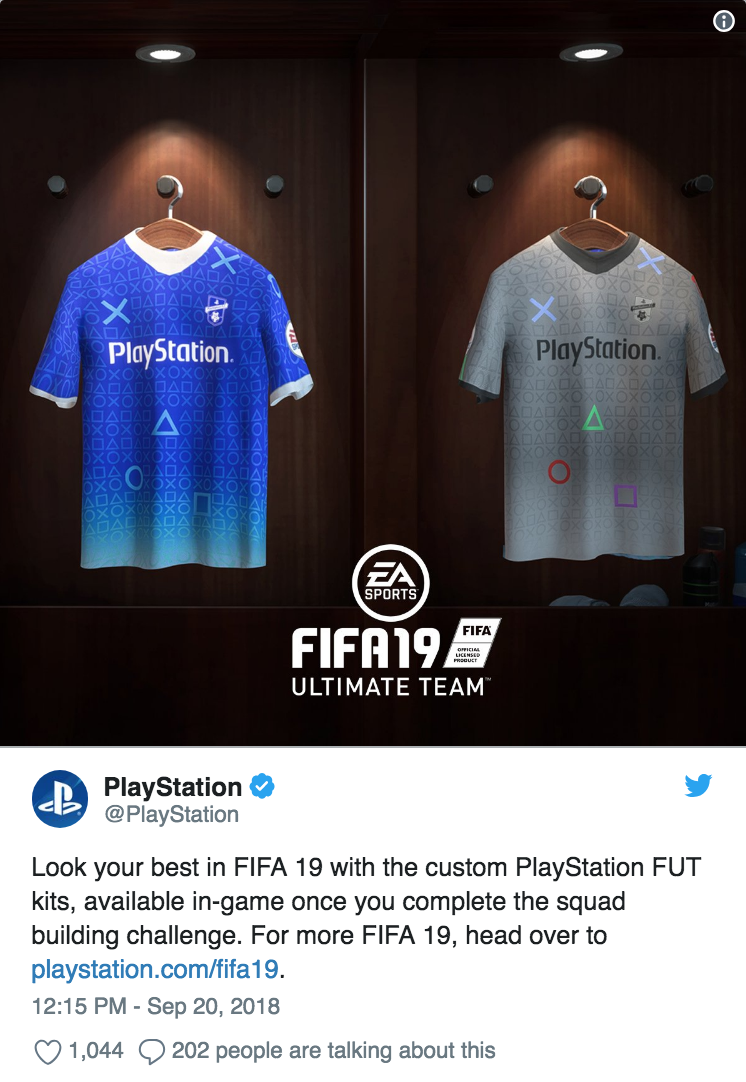 The SBC required to complete for these kits has not yet been revealed, but it’s unlikely to be anything too complex or difficult

Although these kits will not actually cost any money to complete, player will still need to own the necessary cards to complete the challenge.

These kits are part of the major emphasis that EA Sports are putting on in-game cosmetic items. The previous title, FIFA 18, featured the largest and most extensive collection of kits in Ultimate Team history.

Fifa 19 comes out on September 28, but players who pre-order one of the special editions it can get early access and play the game starting on the 25th.

The game features several new systems, such as ‘Active Touch’ and ‘Timed Finishing,’ as well as themes that include the UEFA Champions League and Europa League.