FIFA 19 TOTW revealed – who is in the team of the week? - Dexerto
FIFA

FIFA 19 TOTW revealed – who is in the team of the week?

EA Sports have released the second FIFA 19 Team Of The Week (TOTW), available from 6pm on Wednesday, September 26.

Three Premier League players are included in the latest Team of the Week, including Arsenal goalkeeper Petr Čech and Manchester City’s İlkay Gündoğan.

While the official game is not due to be released until September 28, players who ordered the special ‘Champions Edition’ got access to the game three days early.

The TOTW features players from all over the world, playing in numerous leagues and divisions, who have performed exceptionally well in a given week.

Joining Čech and Gündoğan from the Premier League this week is Liverpool defender Joël Matip, who scored in his side’s 3-0 win over Southampton. 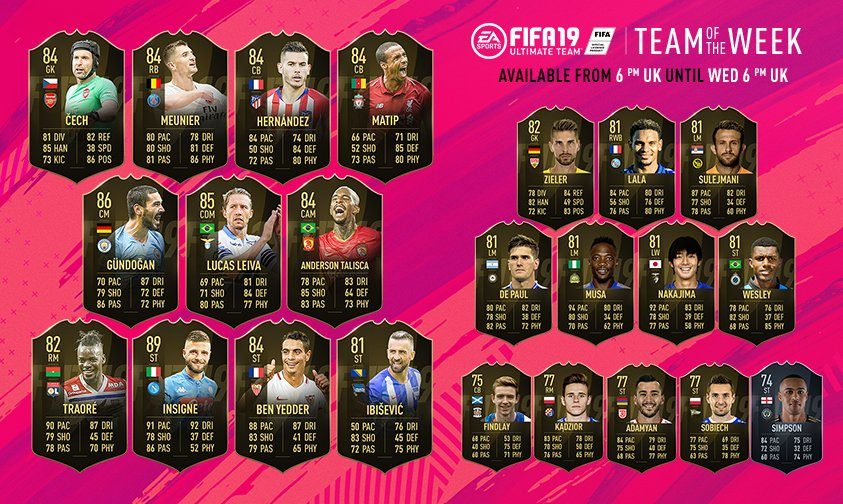 The full breakdown of the Team Of The Week for Week 2, including positions and ratings, can be found below: