For the very first time in FIFA Ultimate Team history, fans can have their say on who will make the FUT Team of the Year. Users can vote for a squad of 11 players from a pool of 55 nominees, which are assigned to different position categories. Learn how to cast your own FIFA 20 TOTY vote below.

The voting period for the FIFA 20 Team of the Year officially opened at 4pm (UK time), December 12, and is scheduled to run until December 20, 2019. When selecting your Ultimate XI from the available 55 nominees, we recommend considering which players you believe made the biggest impact and lit up world football over the last calendar year.

Once the votes have been counted and verified, the final FUT 20 TOTY XI will be announced in January 2020. Following this announcement, special Team of the Year cards will be released in Ultimate Team packs for a limited time. Not only this, we also expect to see certain nominee items released through SBCs (Squad Building Challenges) and Objectives.

FIFA 20 Team of the Year Vote

FUT fans can select their squad via the official ea.com TOTY vote page. Users who participate will receive a special Team of the Year Tuxedo Kit once the promotion goes live this January. 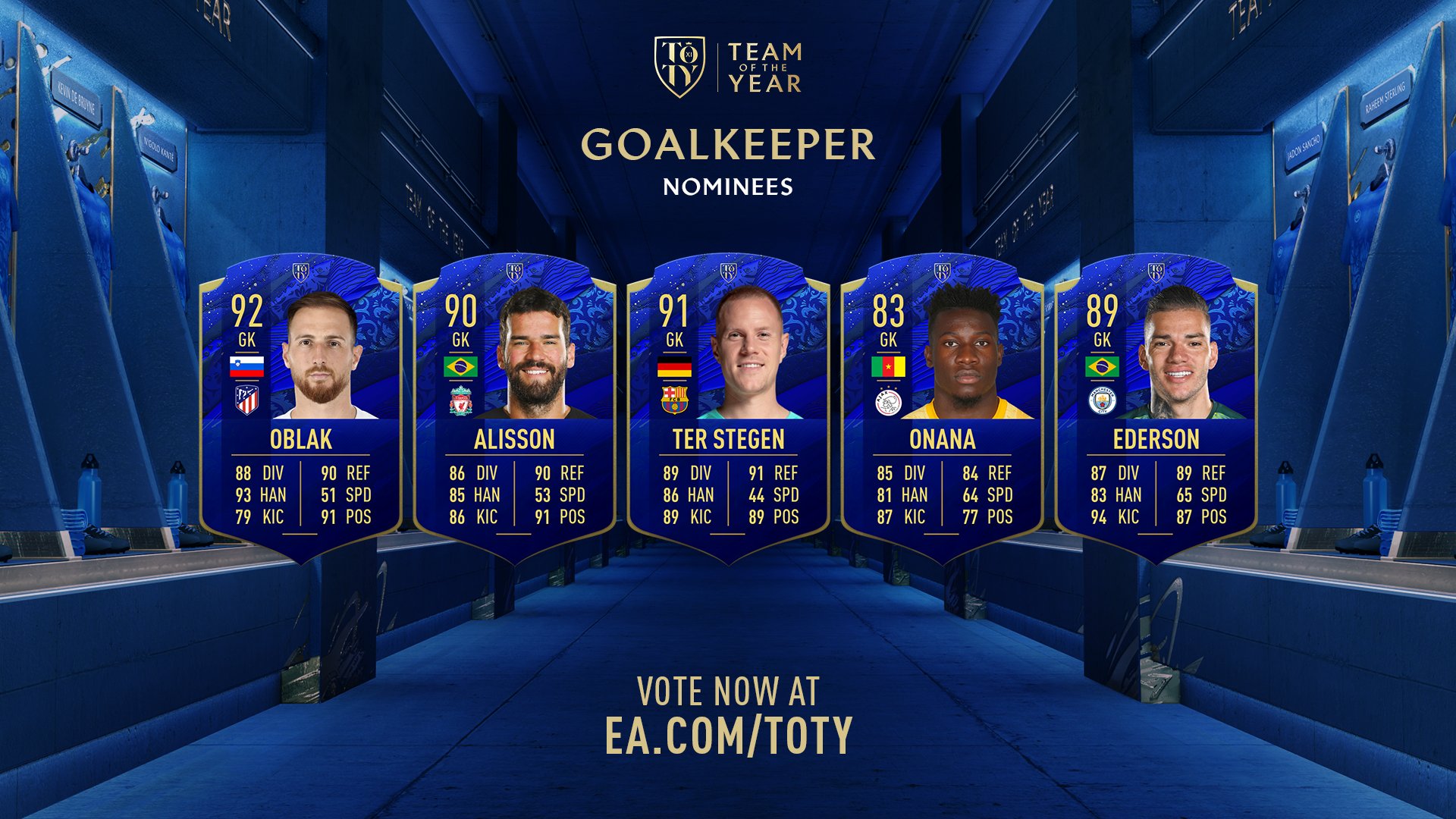 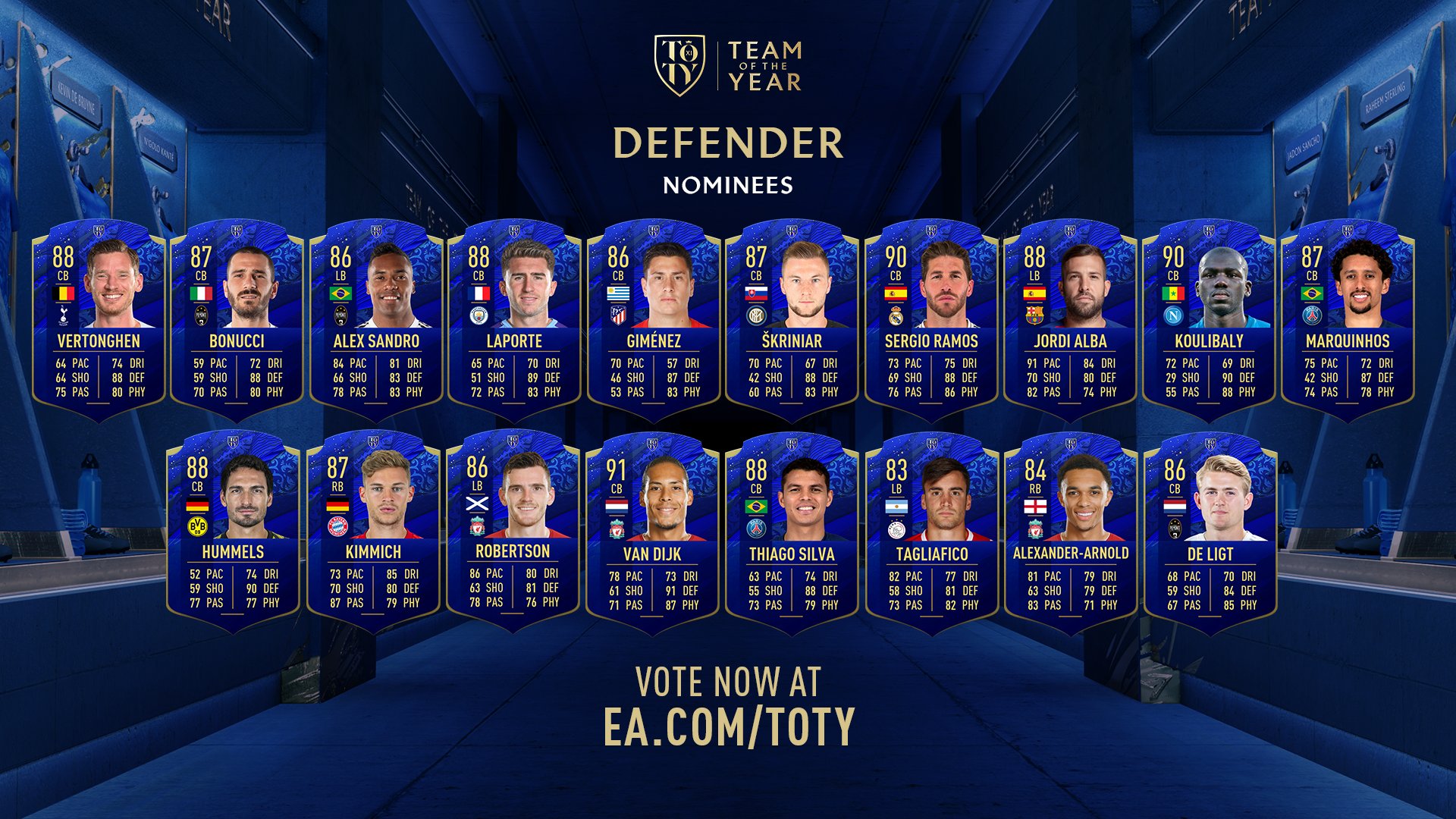 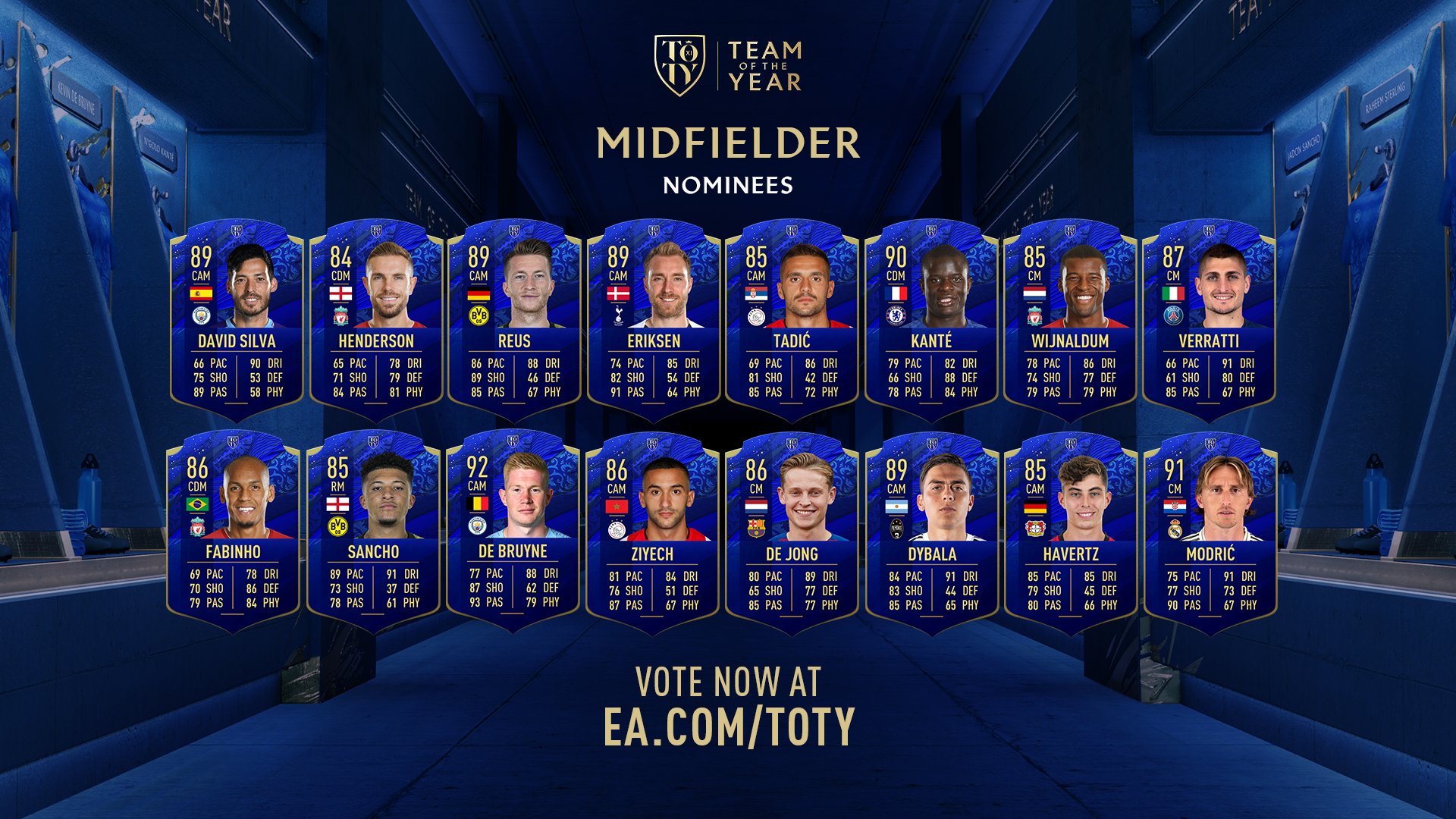 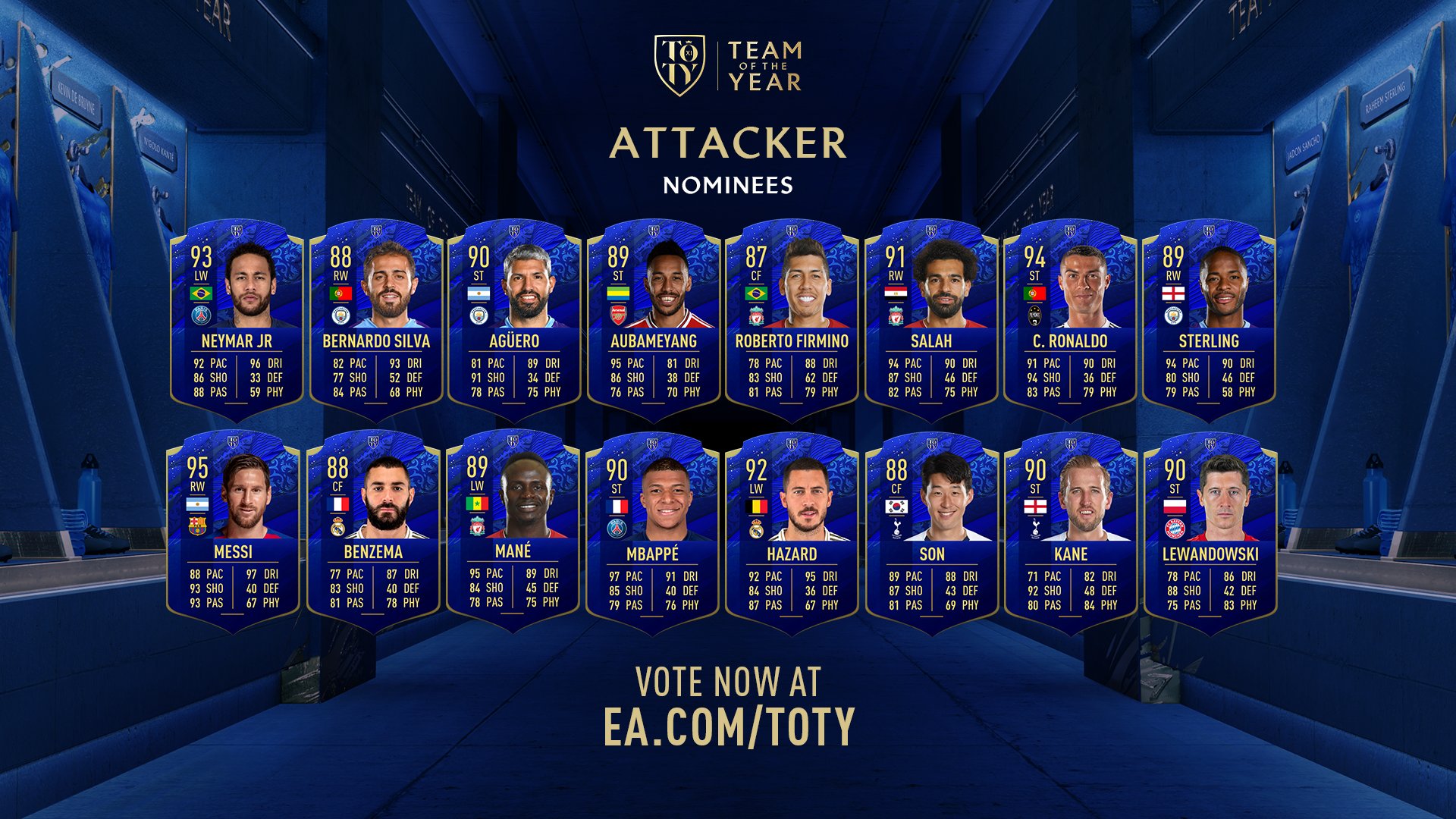 Which FIFA TOTY nominees are you choosing for this year’s squad? Are there any other players who you believe deserved to be included in this year’s FUT Team of the Year vote? We welcome you to get in touch and share all your thoughts and opinions with us via Twitter.