With each of the top European leagues now underway with their domestic seasons, FIFA Team of the Week is fully back on track in Ultimate Team. There will only be two more FUT 19 TOTW squads after this week. See the latest FIFA 19 TOTW 50 squad below.

As mentioned above, FIFA 19 Team of the Week will come to an end in two weeks from now, with the final squad being revealed and released on September 11, 2019. This means that the FIFA 20 TOTW 1 squad will be announced at 3pm (UK time), September 18, 2019.

Interestingly, this is the exact same day that we predicted the FUT 20 Web App would become available. This would make a lot of sense and it appears as though this timeline adds up perfectly for the transition to the new game. Find the FIFA 19 TOTW 50 squad below. 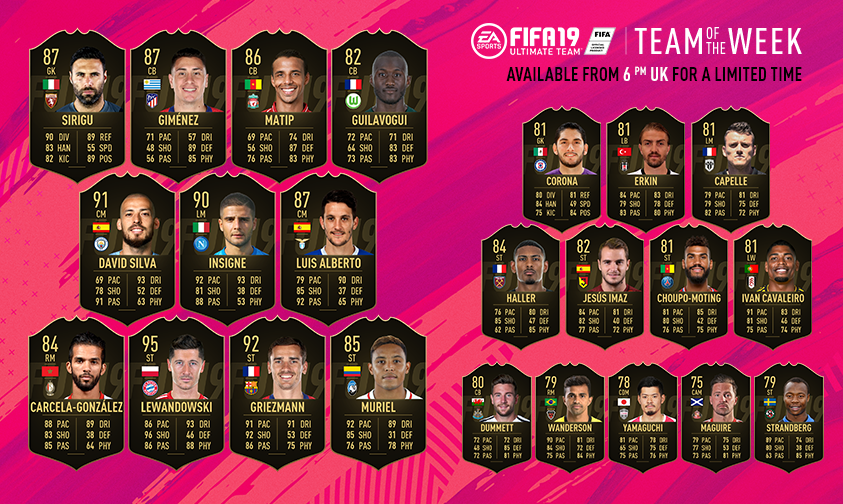 With the return of all the major European leagues, are you impressed with this latest FIFA 19 TOTW 50 squad? Are there any other players that feel should have been included in this FUT Team of the Week? You can get in touch with us on Twitter to let us know your thoughts.