FUT Champions is the most competitive game mode in FIFA Ultimate Team. In this guide, we will detail a very useful trick that can be used to gain an advantage in the Weekend League. Check out this FIFA 19 FUT Champions Weekend League loan players tip below…

The FUT Champions Weekend League consists of 30 games that can be played over each weekend. To play this many games in such short space of time is hard enough, but when every game is extremely competitive, this makes it even more difficult.

The FUT Champions Weekend League also requires qualification. This can be done by either achieving a Silver 1 rank or higher in FUT Champs (11-13 wins) or racking up a total of 2,000 Weekend League points through Division Rivals (FUT Rivals). 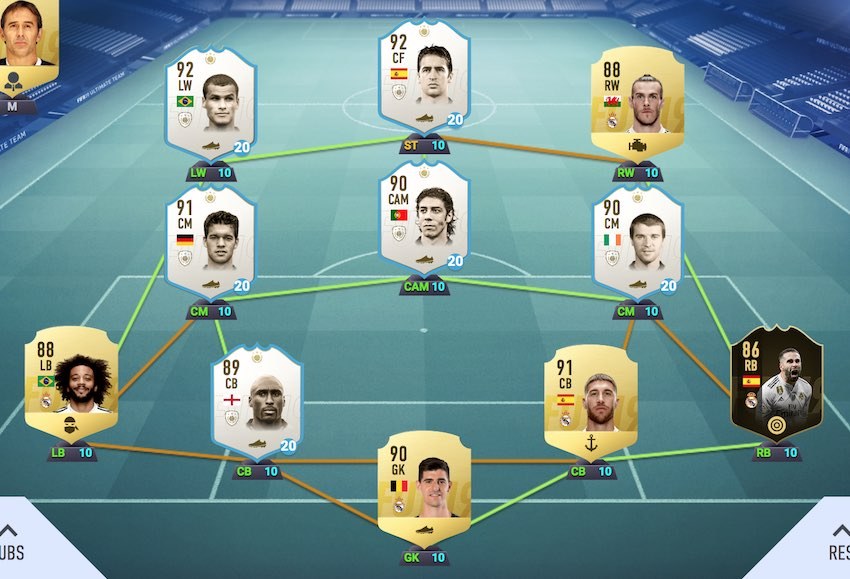 Example of Building a Team of Loan Players

New or inexperienced FUT Champions players will find it particularly difficult to compete in this game mode, this usually boils down to a combination of a lack of skill and a weak squad. In order to achieve a high rank and worthy FUT Champions rewards, players will need to find a way to combat this.

A very simple, yet commonly overlooked method can drastically improve your team and you don’t even need many FUT coins to achieve this! This will ultimately result in you being able to earn a higher rank, as well as improved FUT Champions rewards. You can view the full list of these rewards and updated player picks below.

Acquiring loan players through SBCs (Squad Building Challenges) is a very cheap way to drastically improve your team. The only down side to this is that these players only last for a total of twenty matches. Currently EA SPORTS have six loan Prime ICONS on offer and one POTM (Player of the Month). This is great for new players with little FUT coins and these players are listed below…

FIFA 19 POTM (Player of the Month)

These players are currently available as SBCs for you to complete. These players can be added to your FUT Champions squad, essentially enabling you to play the majority of a Weekend League with a team of full of ICON cards.

Let us know if this FIFA 19 FUT Champions Weekend League loan players tip has helped you to improve your ranking. You can get in touch with us via Twitter.