See the complete list of FIFA 19 Bundesliga POTM nominees, winners and predictions. This page is exclusive to German Bundesliga Player of the Month FUT SBC cards.

Bundesliga Player of the Month nominees are generally announced on a Wednesday near the beginning of each month. Fans are then given the opportunity to vote for their favourite player, with each German Bundesliga POTM winner being confirmed on the third Friday of each month.

Winners of this new award will receive a significantly upgraded red FUT card, this will be in the position that they played the most in during the previous month. POTM cards are untradeable and released exclusively via SBC (Squad Building Challenge). 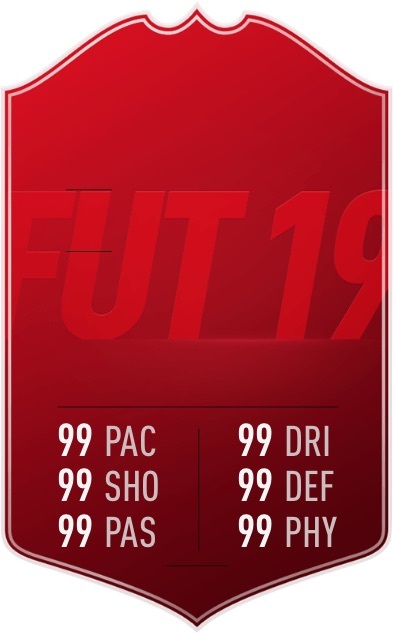 FIFA 19 POTM SBC requirements usually revolve around the winning player’s current club, league, nationality, the teams they faced or scored past during that month, and sometimes more. These SBCs can be rather costly, however the quality of reward packs for each individual challenge usually compensate users well.

20-match loan versions of each of these cards are also made available via a different SBC. Loan SBCs come in the form of a single challenge with notably easy requirements, this gives FUT fans the opportunity to test FIFA 19 Player of the Month cards before spending significant sums of coins. FIFA 19 Bundesliga POTM nominees, winners and predictions below.

The winners below are decided by a panel of Bundesliga experts (consisting of media representatives and Bundesliga legends), current club captains, and a public vote for fans across the world. The weighting of each of these votes is 30%, 30%, and 40% respectively. Football fans can vote here. 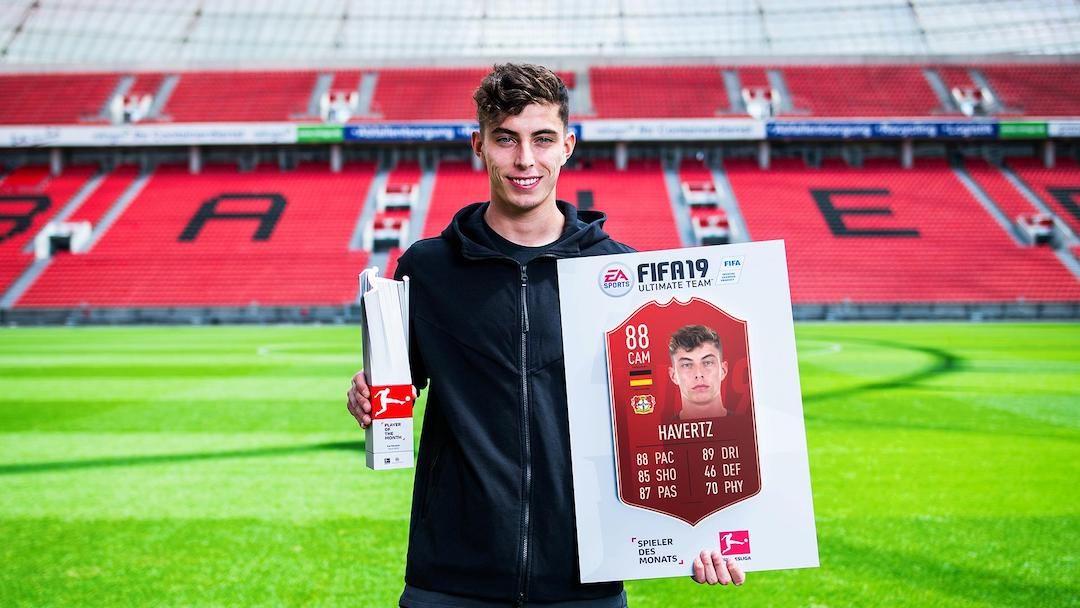 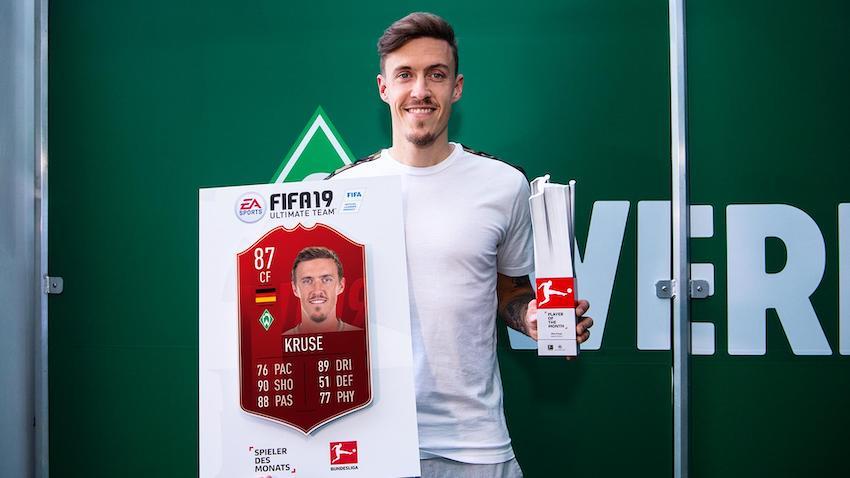 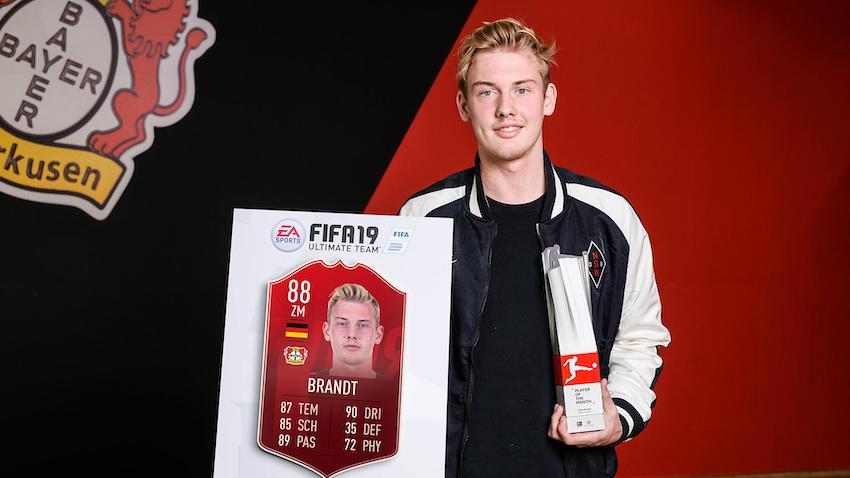 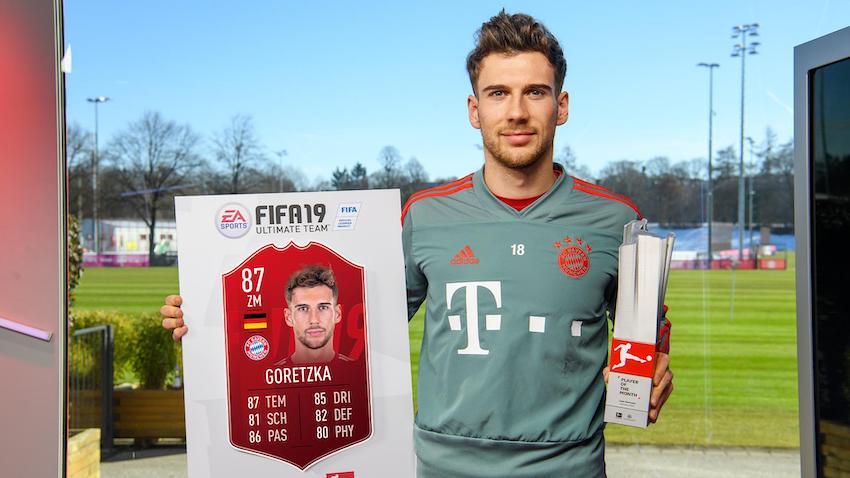 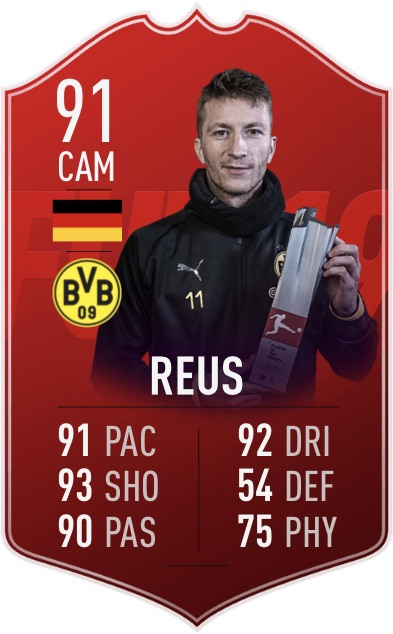 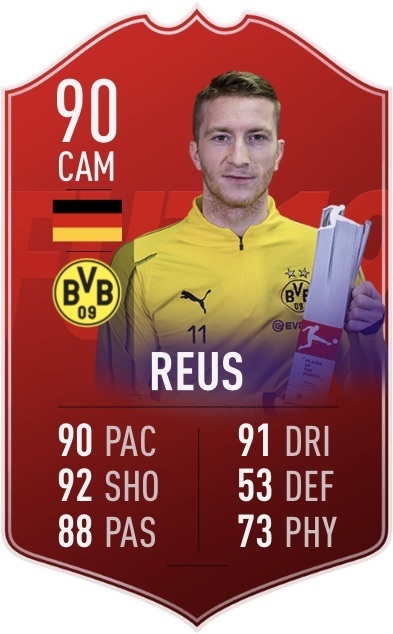 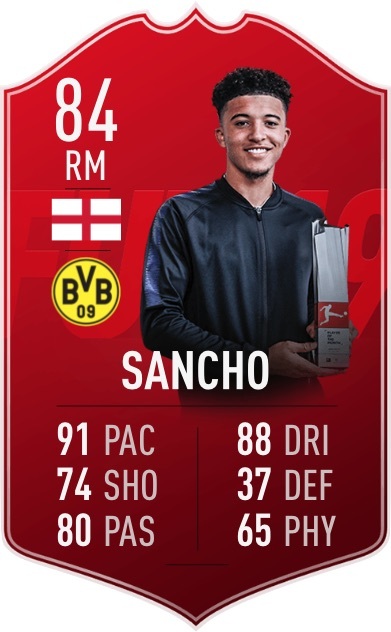 BVB’s Jadon Sancho recently broke two records – he became the
youngest player in the club’s history to score two goals in a Bundesliga
game (18 years, seven months and two days old). The English sensation
is also the first player born in the 21st century to score twice in a
German top flight fixture.

Luka Jović recently became the 15th player (and youngest) in Bundesliga history to score five goals in a single match, this came during match day 8 where Frankfurt scored seven against Fortuna Düsseldorf. The Serbian striker is currently averaging a goal every 88 minutes in Germany’s top flight – an all-time record for players with 25 or more Bundesliga appearances.

Hofmann was recently shifted from the wing to a more central role, where he has flourished ever since. The 26-year-old was involved in five goals in October, providing two assists against Bayern Munich – which were instrumental in setting up his side’s shock 3-0 win at the Allianz Arena.

Eintracht’s towering Frenchman is firing on all cylinders this season; with his contribution of six goals and five assists, he’s been involved in more goals than any other Bundesliga player. The 24-year-old striker has started seven of nine games, and with his knack of unlocking Bundesliga defences, his place in the starting XI appears to have been firmly nailed down.

Halstenberg has played every single minute this month in the Bundesliga, creating an impressive six major goal-scoring opportunities in half as many matches. As well as becoming a useful attacking outlet down the left side, the 27-year-old has also been rock-solid at the back, helping his fellow teammates keep three clean sheets in as many matches.

Real Madrid CF’s loanee has been recorded to hit a blistering 21.5 mph during his spell at BVB – the top speed by any Bundesliga player this term. The Moroccan fullback played every minute in the league in October, having a big influence at both ends of the pitch. 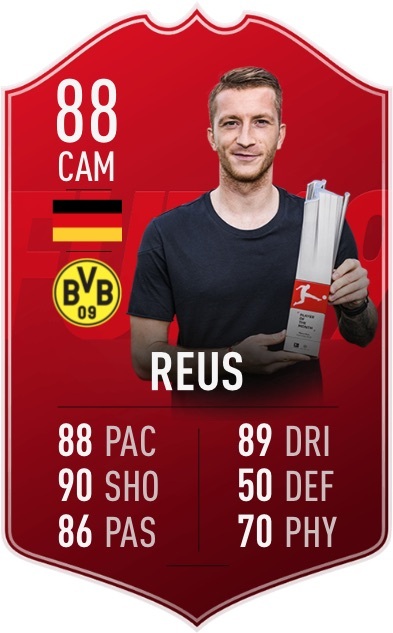 Borussia Dortmund are back to their best! BVB’s recent attacking form helped them to achieve first place in the Bundesliga table, with Marco Reus playing an instrumental role in the club’s recent revival.

Alassane Pléa is the out-and-out centre forward that Borussia Mönchengladbach fans and staff had hoped to find ahead of this season. Due to injuries, the summer signing from OGC Nice was immediately given the chance to prove his worth, which he has done in style.

With a solid 10 points from five matches, Werder Bremen fans can be happy with their September results. Captain Max Kruse has led his team like a true leader throughout this month.

RB Leipzig started off their Bundesliga campaign slowly this season, but have started racking up points in September. German international Timo Werner has found his feet this month, and appears to be replicating his form from previous campaigns.

After breaking through into the first team last season, Thorgan Hazard doesn’t appear to be slowing down. With each game that passes, the Belgium international is proving himself to be a key component of what makes The Foals click.

Hertha Berlin have come out of the blocks firing this season, claiming 13 points from their first six fixtures. Slovakian playmaker Ondrej Duda has been instrumental in this positive start, scoring five goals and creating the same amount of chances throughout September.

Have you been impressed with the FIFA 19 POTM winners so far? Are there any German Bundesliga Player of the Month FUT cards that you’re hoping to see in future months? Let us know your thoughts and opinions on Twitter!