The third iteration of FIFA 20’s Team of the Week Moments has arrived, bringing with it some divisive players and interesting upgrades.

The introduction of TOTW Moments was a quick decision from EA SPORTS, who were forced to call off the regular Team of the Week updates due to the ongoing worldwide crisis, and it brings back Team of the Week iterations from previous FIFA titles, giving older in-form players a bit of an upgrade in the current game.

The change has been met with a mixed reception by the FIFA community, but this latest update has definitely raised some eyebrows, especially as much of the players aren’t necessarily viable in today’s game.

Kevin de Bruyne got a big upgrade in TOTW Moments 2.

For TOTW Moments 3, FIFA 19’s TOTW 29 is revived for FIFA 20 and much of the players involved are rarely seen in the top teams right now. The likes of Marquinhos, Thomas Partey, and Ben Mee, whilst solid players in the real world, are slightly past their day in the FIFA meta.

For TOTW Moments 2, players were able to pick up the likes of 95-rated Kevin de Bruyne and 91-rated Kalidou Koulibaly, which would make for great additions to most teams, while Moments 1 brought in some rogue choices such as Kyle Walker and Jesse Lingard. 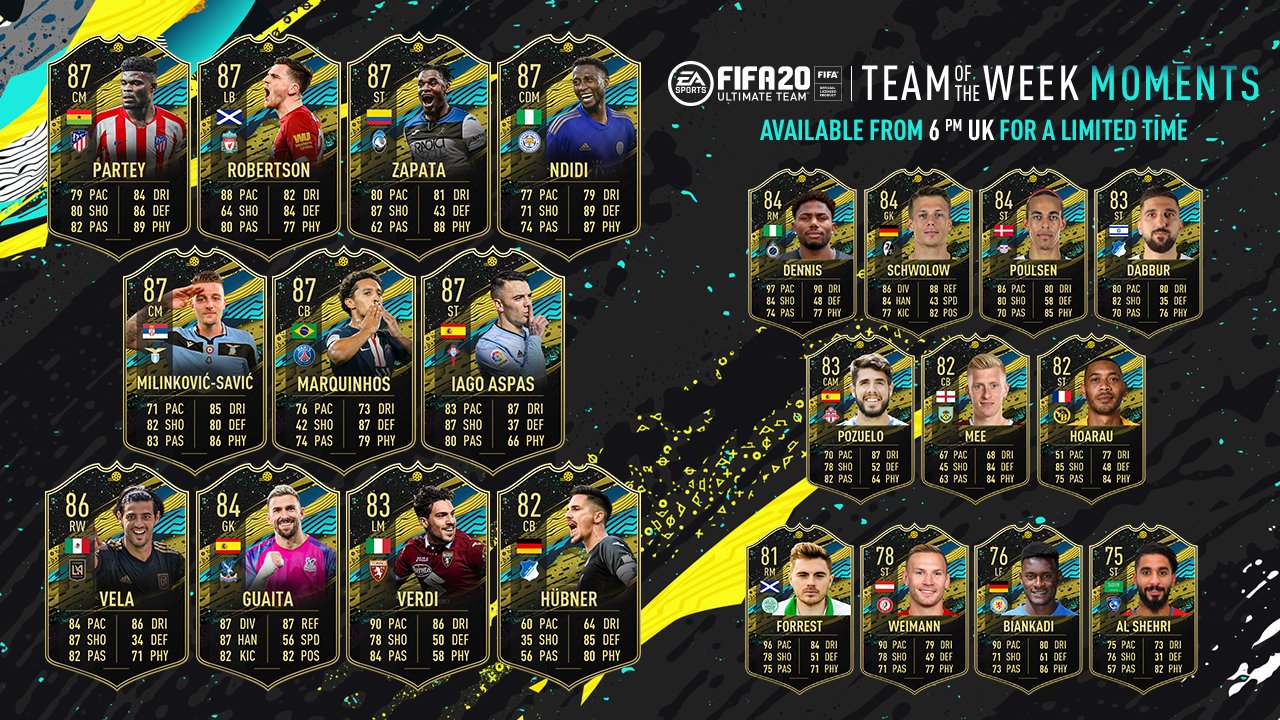 With the highest card being 87-rated, fans on social media have clearly been a little disappointed by this week’s TOTW Moments, with some players even questioning why they play.

I think the most surprising inclusions are the likes of Iago Aspas and Munas Dabbur – the latter of whom actually had his own Ultimate Team starting XI leaked very recently.