EA SPORTS have released a special FUT Birthday SBC for Netherlands/Tottenham winger Steven Bergwijn in FIFA 20 Ultimate Team (FUT), and we’ve got the cheapest solutions, in-game stats, and everything else you need to complete it.

FUT Birthday is the latest promo in FIFA Ultimate Team, giving a chosen group of players stat boosts as well as either a five-star weak foot, five-star skills, or both.

In addition to the cards that are in packs, EA have released a few SBCs for untradeable players, the latest one being Steven Bergwijn, who’s received an 88-rated RW item with a five-star weak foot.

This is Bergwijn’s sixth card in FIFA 20 and his first special item since completing a winter transfer move from PSV to Tottenham. The Dutchman now has both a LW and RW card for Spurs, the latter featuring a huge upgrade to his weak foot, going from two stars to five.

Even his physical stats are pretty impressive, as his 88 stamina means he can last a full match while 87 strength ensures he won’t be easy to knock off the ball. 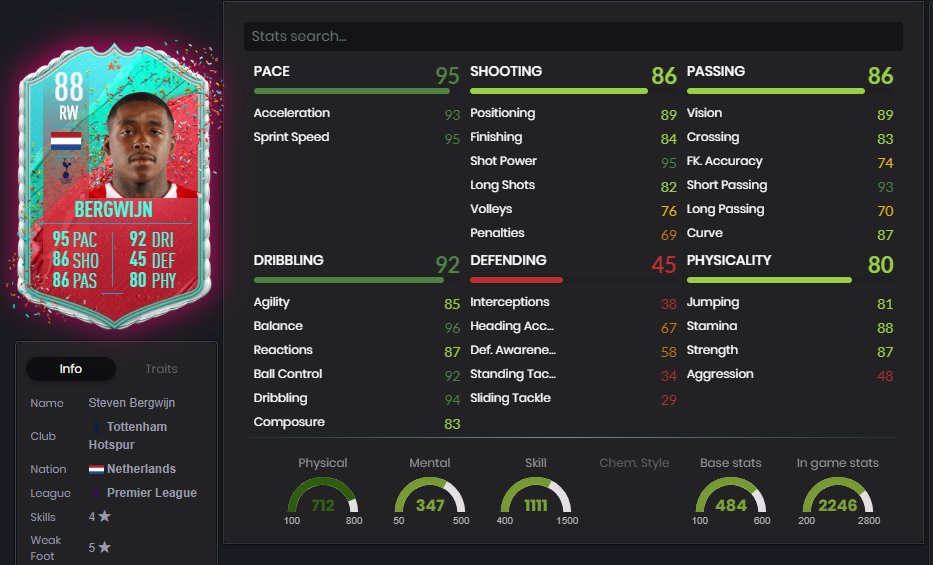 This SBC has two squad building components – an 85-rated one for Spurs and a whopping 87-rated Premier League team, the former requiring an In-Form or TOTW Moments card. As always, each of these individual challenges will also yield a pack reward upon completion.

Here is the current cheapest solution for the Spurs squad building component: 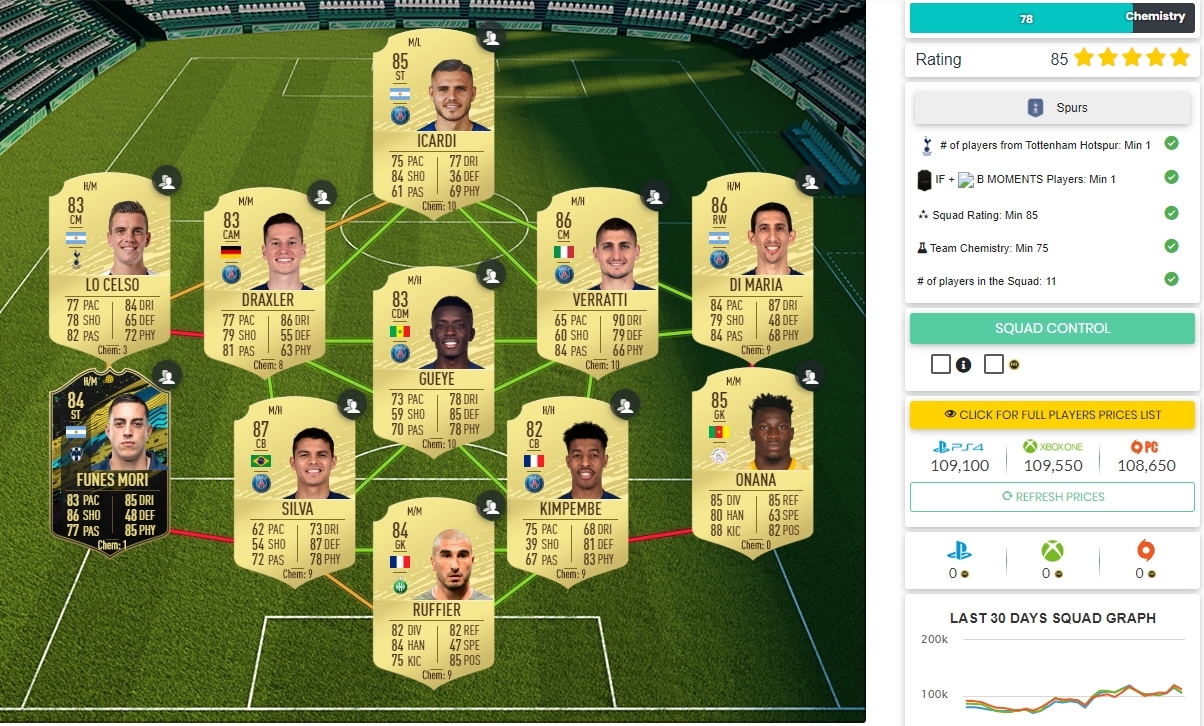 Here is the current cheapest solution for the Premier League squad building component: As always, the volatile nature of the FUT market means that player prices are constantly fluctuating, which means the cost of completing this SBC could go up or down depending on when you do it.

While there is no shortage of high-rated RWs and RMs in the Premier League, Bergwijn could be the most worth it for his price. For starters, he’s tied with Allan Saint-Maximin’s FUT Birthday card as the highest-rated players in that position with at least four-star skill and five-star weak foot, the only difference is that the Frenchman costs 4x as much.

Also, as we mentioned above, his combination of pace, shooting, passing, dribbling, and physical make him a very viable card, potentially even endgame level, and the increase of his weak foot from two stars to five might be his most important upgrade.

Of course, spending over 300,000 coins on an untradeable item is a big commitment, but if you have some players in your club that you’re willing to toss into the SBC to cut the cost, then this is definitely worth doing.