Did FaZe Clan break any laws with the H1ghsky1 signing? - Dexerto
Esports

Did FaZe Clan break any laws with the H1ghsky1 signing?

While FaZe Banks has vehemently denied that FaZe Clan broke any laws with their signing of Fortnite streamer H1ghsky1, there are many questions that loom large over the organization in the weeks ahead.

As part of the ongoing legal dispute between Fortnite player Turner ‘Tfue’ Tenney and esports organisation FaZe Clan it was alleged that FaZe had signed an eleven-year-old to their roster and lied about his age to the general public. Given the rare nature of players around this age bracket being signed to professional teams, it was quickly deduced that this referred to the young Fortnite player Patrick ‘H1ghsky1’ [surname redacted].

Publicly the player and members of FaZe clan had misrepresented his age as being thirteen, the minimum age required to stream on Twitch and to compete in Epic Games events. 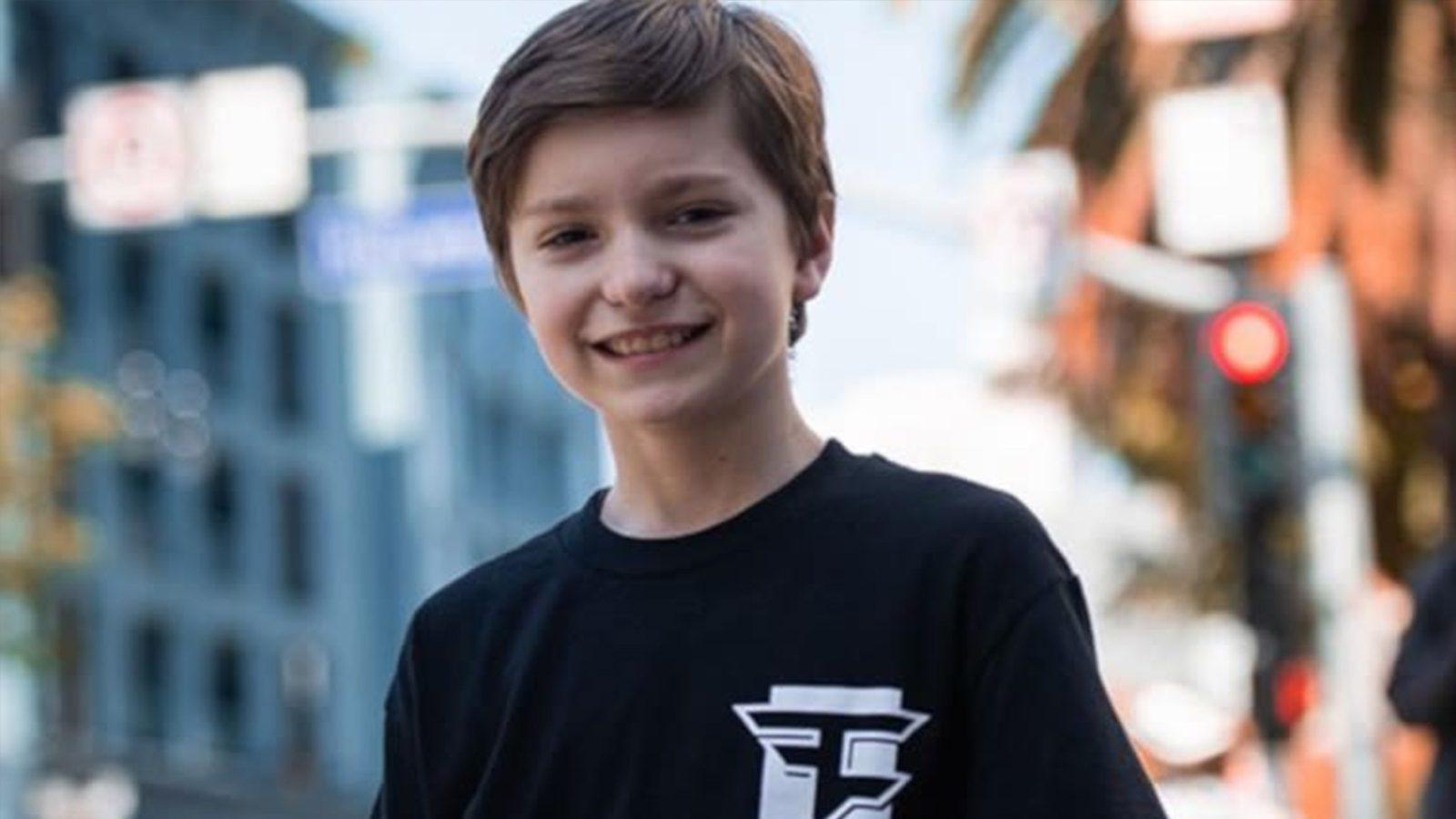 H1ghsky1 is the youngest player to ever sign with FaZe Clan.

A report from esports website Upcomer by Kevin Hitt confirmed that he was indeed eleven at the time of signing with FaZe. This resulted in the player having his Twitch account terminated and him having to stream on YouTube, where children under thirteen are allowed to broadcast with adult supervision. During his first stream on the platform he admitted to having lied about his age and apologized for doing so. While Twitch does not comment on individual bans publicly, Epic Games issued a statement to gaming website Polygon that said the player would not receive outstanding prize money for tournaments he had competed in. FaZe chose not to issue an official statement regarding the matter.

The question quickly turned to whether or not that FaZe had broken any laws in signing the youngster to their organisation. Publicly Richard Bengtson, AKA Ricky Banks, the Chief Operating Officer has denied that any unlawful activity took place surrounding the signing of the minor and has gone so far as to stake $10,000 of his own money (alongside another $10,000 put forward by Youtuber Daniel “Keemstar” Keem) that no one will be able to prove otherwise. 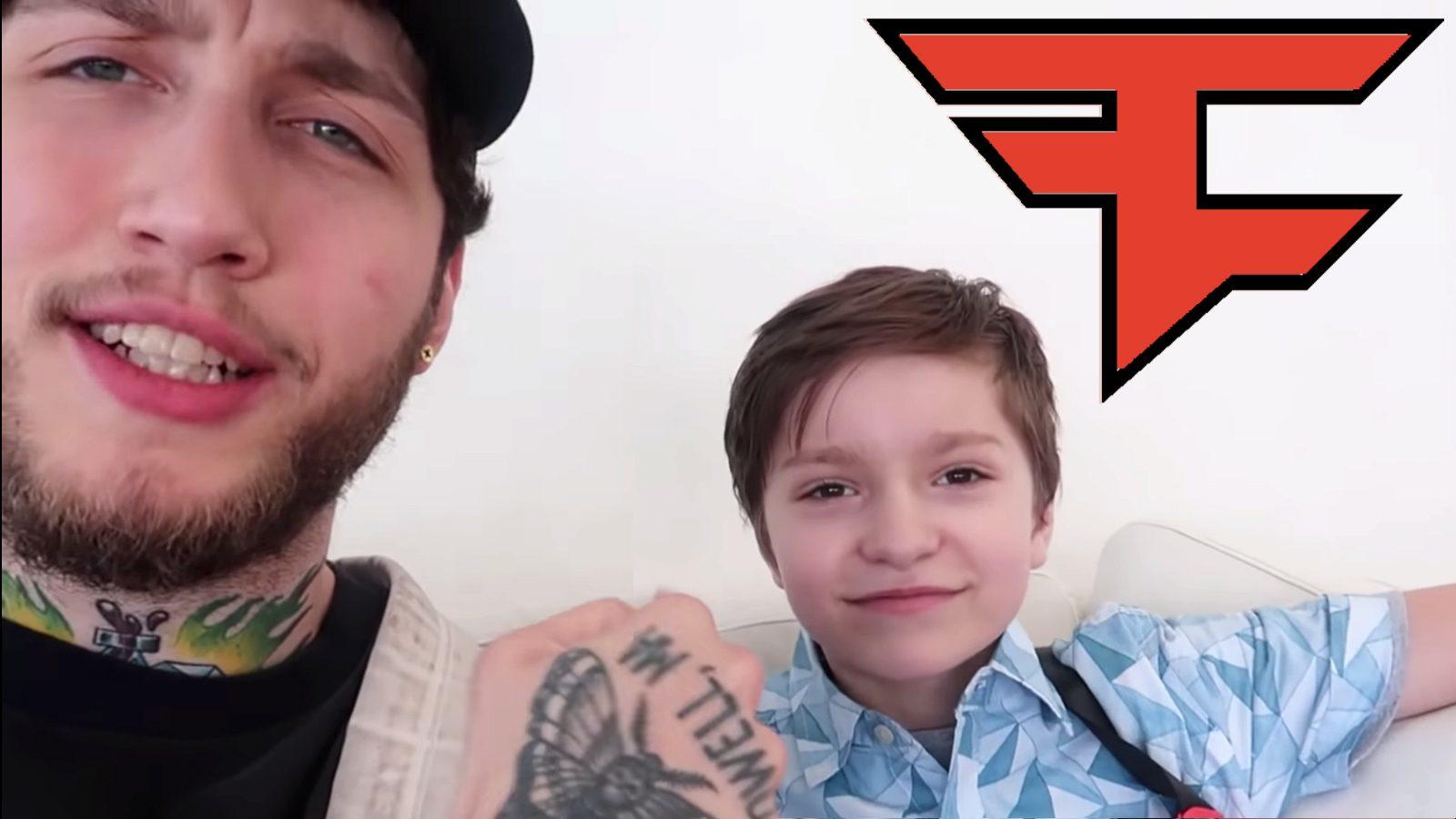 H1ghsky1 was frequently seen in YouTube vlogs of FaZe Banks.

This claim has already been contested in the initial legal complaint made by Tenney’s team, which stated that this was a violation of California Labor Code 1700.36. That code reads:

“No talent agency shall accept any application for employment made by or on behalf of any minor, as defined by subdivision (c) of Section 1286, or shall place or assist in placing any such minor in any employment whatever in violation of Part 4 (commencing with Section 1171).” 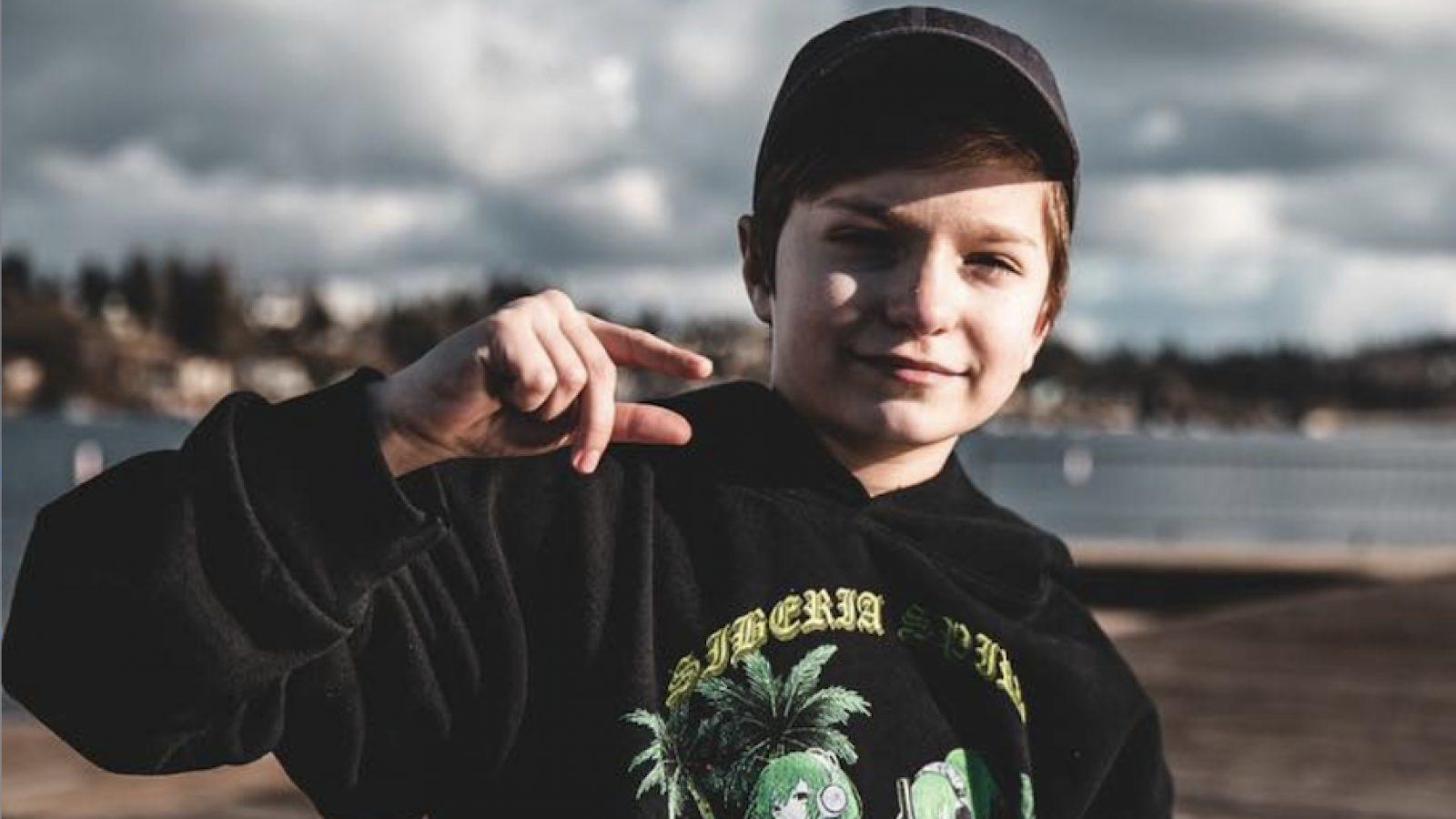 At just 11 years old, H1ghsky1 has come under much scrutiny in the wake of Tfue’s bombshell lawsuit.

In addition to this, in documents Dexerto obtained from the California Labor Commissioner’s Office, it clearly states that for entertainment purposes a child under twelve years old would require a special permit in order to fulfill his labor obligations. The documents read state clearly that according to California law, and by extension Federal law, children under twelve are “not Permitted to Work except in the entertainment industry on permits issued by the Labor Commissioner.”

It adds that there are exemptions for “any self-employed minor; newscarriers self-employed on a regular route to deliver newspapers to consumers (newscarriers must be at least 12 years of age); casual work in private homes such as babysitting, lawnmowing, leaf raking, etc.; Employment by parent/guardian indomestic labor on or in connection with premises the parent/guardian owns, operates or controls. NOTE: Parent/guardians may not employ their minor children in manufacturing, mercantile or other enterprises without work permits. Except as noted, parent employers are subject to all occupational restrictions.”

The California Child Labor Law guidelines has a specific definition for what qualifies minors being involved in the “entertainment industry,” which reads: “any organization, or individual, using the services of any minor in: motion pictures of any type (film, videotape, etc.), using any format (theatrical, film, commercial documentary, television program, etc.), by any medium (theater, television, videocassette, etc.); photography; recording; modeling; theatrical productions; publicity; rodeos; circuses; musical performances; and any other performances; and any other performances where minors perform to entertain the public.” This definition seems like it would clearly include FaZe Clan, whose principle function seems to be the creation of video and live streamed content, including H1ghsky1’s broadcasts. 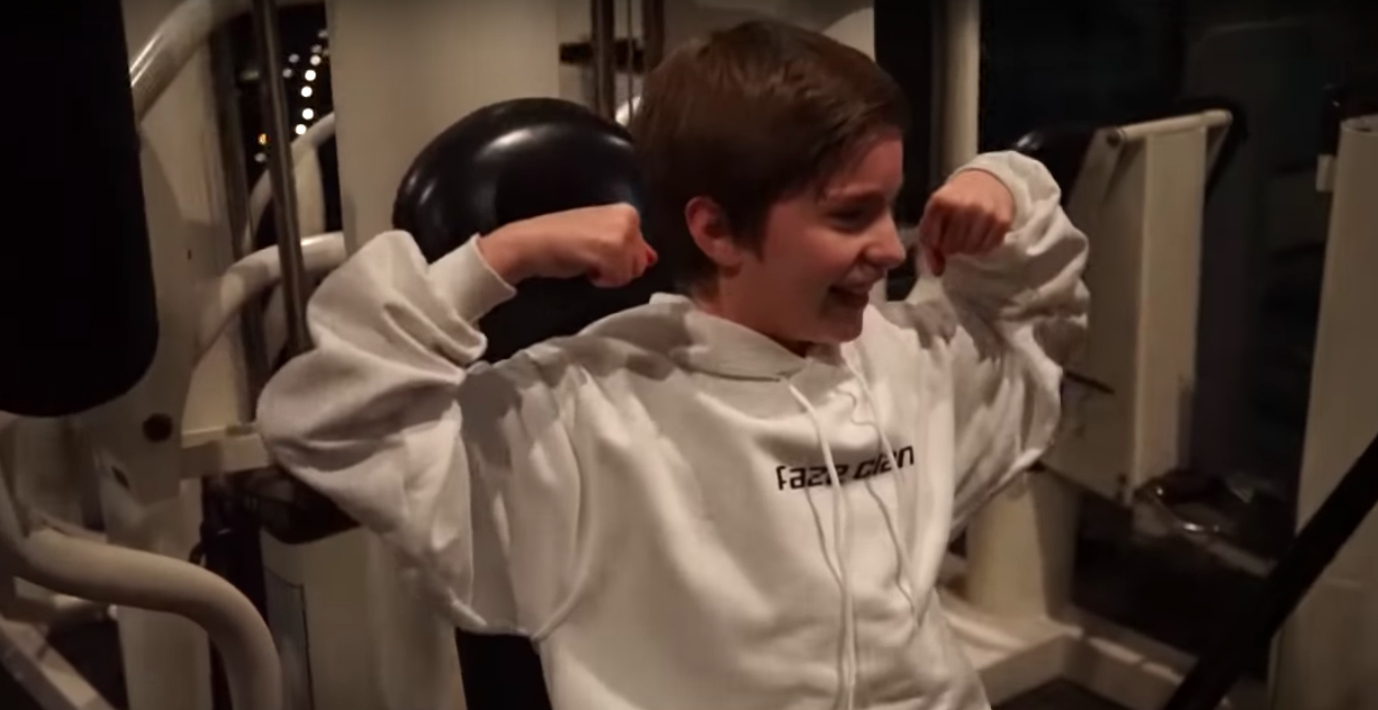 H1ghsky1 become a fan-favorite with his youthful humor and antics on stream.

The California Labor Commission confirmed that they were unable to find any application for the required entertainment exemption permit for the player.

The lack of a permit isn’t the only requirement for minors that are enforceable by these laws. Performers are also be entitled to wage rates outlined by the Industrial Welfare Commission. These vary depending on the size of the organization and the year the contract was signed but all permutations in the region of $11.00 per hour.

The same documents also stipulate that any employed minors must work in closely monitored conditions. No minor may be employed over 8 hours in a day or over 48 hours in a week. It isn’t clear what working commitments alongside streaming H1ghsky1 has been undertaking for FaZe since he signed with the organisation or whether these have been monitored.

An argument could also be made that FaZe were required to hire a studio teacher, an educational expert that is on set during broadcasts and filming to facilitate the learning requirements of any minor, to be on set during any broadcast or performance. Typically these are used due to child actors requiring time outside of the educational system but the code is quite clear that no exceptions can be made for minors working within the entertainment industry.

Given that Banks has publicly described the agreement as “bulletproof,” it raises many questions about the status of their contract with the player. There would be some legal discussion around the characterisation of the player as “self-employed” if he drew a salary from the organization or had to adhere to any targets or behavioural standards imposed by FaZe.

It is also possible that they believe because the player doesn’t live in California that these laws would not apply to them. However, the California Labor Commission would most likely argue that by undertaking most of their operations in the state, including having working locations based there, they would likely be classified as a California employer and as such would be bound to follow the state laws. In addition to any liability FaZe may have, there is also the potential for the young Fortnite player’s parents to be held equally accountable if it was ever deemed that they allowed their child to enter into unlawful employment.

It isn’t clear whether or not any of this will be pursued by the California Labor Commission at this time, especially after Tenney released a video saying he was not pursuing some of the original components of his legal complaint.