The “TwitchBanJonnyCraig” hashtag has been trending on Twitter as users campaign for Canadian musician and streamer Johnny Craig to be indefinitely suspended from the Amazon-owned streaming platform.

Jonny Craig was the lead vocalist for post-hardcore band Slaves, with whom he released three studio albums between 2014 to 2018. However, he was dropped from the lineup in January 2019, with addiction issues cited as the reason for his removal.

The 33-year-old has been streaming since then, but many want his Twitch channel shut down for good after he was accused of sexual assault by his ex-girlfriend in December 2019. 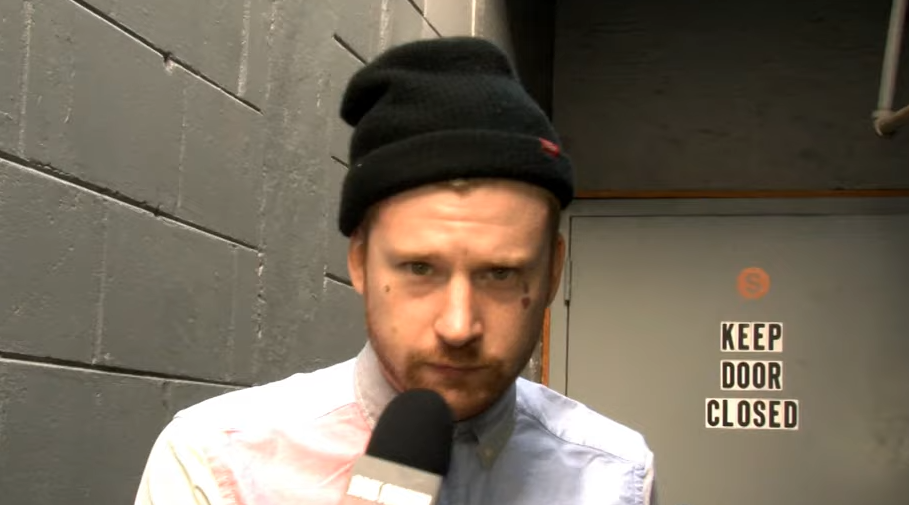 Craig has been streaming on Twitch since leaving Slaves.

This isn’t the first time that Jonny Craig has faced such allegations. He was accused of rape and sexual assault back in 2017, claims which the singer vehemently denied at the time. His band supported him, but Slaves were voted off the Warped Tour by other groups and crew members who were working on the shows, and they were dropped from their record label, Artery Records.

Craig was once again accused of sexual assault on December 31, 2019 by ex-girlfriend Taylor Nicole Dean. She made the allegations in a YouTube video, in which she called the former Slaves frontman “dangerous”.

Craig responded to the video on his Twitch channel on the same day, accusing Dean of spreading bullsh*t.

After claiming that he had gone back to Dean after breaking up with her on three occasions, he said: “I’m with somebody that cares about me, more than you ever cared about me. Say whatever you want. Spread all the bullsh*t you want.”

He also went on to address three of the women who had made accusations against him in 2017, claiming that he was going to “take them all down”. He added that he hopes to take the house of one of his accusers, and get her mother involved as well.

“When it comes to the Chelsea case, I hope I get her mom in it too,” he told his audience. “I hope I take her house. I hope I take her for everything, I hate to be petty, but you wanted to play the game and now you got it.

“I’m going to own them for the rest of their f**king lives. Life is going to be so good this year. Like I said, I don’t want to be rude or hurt anyone, but deep down when it comes to Chelsea and her mom, I’m going to take everything you’ve got.”

He continued, “I’ll straight up say it. Amanda Rodgers, Chelsea Zaragoza, Liz Martin, you’re a bunch of f**king liars. I can’t wait for this new year, because I’m going to f**king unload on you. You thought you were going to get away with saying some bullsh*t on me? Enjoy it.”

Musician Elijah Daniel started the #TwitchBanJonnyCraig campaign on January 5, tweeting links of the clips taken from Craig’s streams to Twitch Support. As more and more people started using it on the social media platform, Taylor Nicole Dean weighed in, stating that Twitch was his main source of income.

“Cancelling people does nothing,” wrote Daniel. “Take their income. Do not allow them the platforms and funds to keep sexually and physically abusing. Cut them off.”

cancelling people does nothing. take their income. do not allow them the platforms and funds to keep sexually and physically abusing. cut them off. #TwitchBanJonnyCraig

Since then, #TwitchBanJonnyCraig has trended in both the United States and the United Kingdom, with thousands using the hashtag to call on Twitch to shut down his channel.

Jonny Craig continues to deny the allegations against him, while Twitch have yet to comment on campaign to have his channel taken down. At the time of writing, the singer’s channel remains active. Dexerto have contacted both Twitch and Craig for comment.