One Twitch streamer set a lofty donation goal while raising money for a good cause, but things quickly took a frightening after her stream accidentally caught fire – quite literally.

Many streamers will set a donation goal for various reasons, be it raising money for a new PC, funds for a trip, or in this case, doing their bit for charity.

Generally, these streamers will also meet their audience halfway with a reward once their goal has been met, like playing a certain game on stream or even wrestling in a pool of peanut butter (never change, Mizkif).

However, one streamer took her donation goal to the extreme, after announcing that she hoped to raise $500 dollars during her broadcast for a charity.

Rather than undertaking a normal task as a reward, though, the streamer joked that she would set her hair on fire if she hit the ambitous target – but didn’t actually plan on following through. 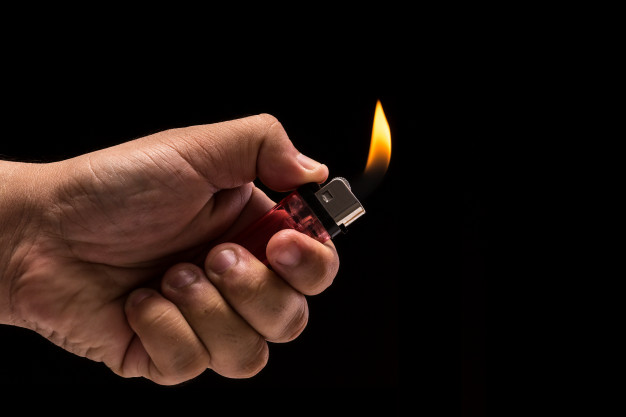 One Twitch streamer got a little too comfortable with her lighter.

Holding a lighter up to her hair in jest, the streamer ignited a flame, which unexpectedly transferred to her hair. In a moment of panic, she quickly blew out the flame with a short breath, doubling over in laughter at what was nearly a very scary situation.

The streamer told Dexerto she has only started her channel on Twitch two months ago, and so is still getting used to the platform, and made sure to delete the clip after to avoid anyone potentially imitating the accident.

She explained that it was not at all intentional, and to ensure no one tries a similar stunt, even in the name of a good cause. It was possibly hairspray product in her hair that made it ignite so quickly.

Twitch’s Community Guidelines aim to protect users, by stating “any activity that may endanger your life or lead to your physical harm” is prohibited on the site.