When a viewer made a pointed comment about this Twitch streamer’s camera angle, she gave a very honest explanation as to why it’s actually “a pretty good shot.”

Some streamers have found ways over the last couple of years to enhance their stream for the viewer’s benefit, be it through different overlays, upgraded lighting, a nicer streaming area or anything else that could come under that umbrella.

But in October 2019, one streamer claimed that virtual girlfriends will take over Twitch – it was this streamer’s believe that a number of users on the platform are looking to capitalize on their assets as and when possible to gain viewers. 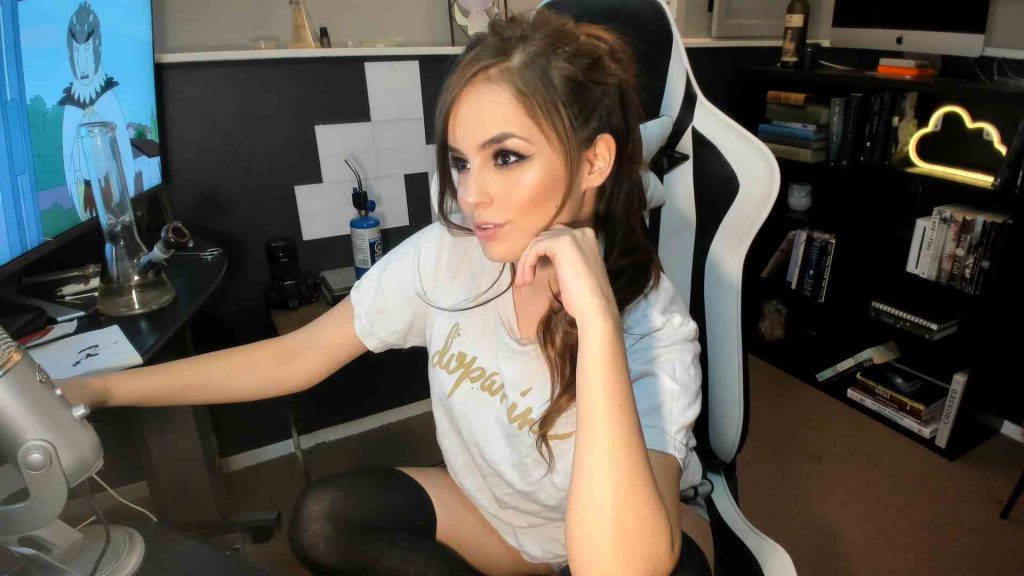 However, one streamer, Foxcomb, couldn’t resist poking fun at such a premise when she engaged with her chat in a late night broadcast on November 28 and said viewer appeared to be questioning her choice of camera angle.

On a day where most Americans were sitting down to enjoy Thanksgiving dinner with their families, Canadian Foxcomb was chatting with her followers when one viewer said in chat: “Wow nice camera angle… wtf,” apparently somewhat perplexed by the high-angled camera, which has been a staple in Foxcomb’s streams for a while now.

“Right? You can see my face and my vagina,” she responded in jest. “Damn, you should try it actually, it’s a pretty good f**king shot.”

Foxcomb was clearly joking when she said this, laughing it off as the clip tails off, but evidently had no intention of changing her camera angle just because one viewer had made a comment about it. The content creator was clearly comfortable and happy with where it was and she wasn’t going to change it for one person.

Foxcomb is still a relatively small streamer, at least in comparison to the big dogs, with around 40,000 followers, but this number is growing by hundreds each day so we may soon see her competing with some of the very best.