Popular Twitch streamer BrookeAB has once again opened up about dealing with ‘clickbait’ YouTube channels who use stream content in unusual ways – including overly-suggestive highlights.

Some of Twitch’s most popular broadcasters regularly have to deal with YouTube channel taking content from their stream – being it highlights or just outright full-length streams – and re-uploading them with some sort of inciting title or thumbnail.

That fate has fallen on BrookeAB, especially in the early days of her relationship with NRG esports member Mason ‘Symfuhny’ Lanier. The popular broadcaster, who recently joined 100 Thieves has, again, spoken out about the problem – noting that they also helped spark her own channel’s growth. 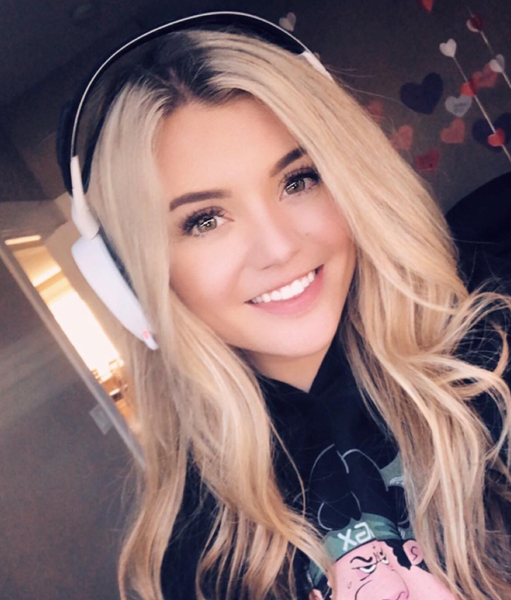 Brooke joined the Courage and Nadeshot podcast to talk about joining the 100 Thieves, when the topic of clickbait YouTube channels came up.

“YouTube clickbait, whatever, it doesn’t bug me that much until it gets to the point where it’s like over-sexualizing things,” she said, before Courage brought up the unusual thumbnails.

“Right, and I’m like, my family is going to type my name into YouTube and this is going to pop up and it’s like ‘BrookeAB’s hottest and thickest moments’ or something. I’m like, hold-up, my dad’s (going to see this)” the popular streamer added.

Timestamp for mobile viewers of 27:50

However, after seeing that there was a clear market for her content on YouTube, BrookeAB explained that it was actually good PR that someone was putting her name out there.

“For what it’s worth, they’re good advertisement. You’re being seen, they’re putting you out there, you’re getting millions of views on these videos that you wouldn’t normally,” she added. “That part, I get why they do it,” but she still described the thumbnails and titles as “horrible.”

It’s not the first time the popular content creator has spoken about her experiences with these channels, however, as she previously labeled them as “gross.”

Whether or not that will prompt these channels into changing their ways remains to be seen, but it seems unlikely considering it works out well for them – even if they’re not being wholly truthful.