Popular TikTok content creators Diego Martir and Ona have received massive backlash for mimicking seizures in one of the platform’s latest controversial trends.

Creators on TikTok have seen unprecedented social media growth in the last year, with stars such as Charli D’Amelio and Addison Rae gaining tens of millions of followers for their brief videos.

Many TikToker’s have built massive followings for their efforts particularly through recreating some of the app’s most popular trends and challenges.

TikTok stars such as Charli D’Amelio and Addison Rae have gained an incredible amount of followers for their videos.

Not all of the trends have been received warmly by fans of the app, however, after the rise of a new “seizure trend” started to go viral, with many of the top creators facing harsh criticism for taking part.

The trend would often feature TikTok stars explaining that they caught themselves having a seizure on camera, transitioning to a clip of them mimicking convulsions before bursting into a dance or twerking.

Among those who received the most backlash for the trend was Diego Martir and Ona, who each have millions of followers on the popular video-sharing platform.

For Diego’s post, fellow TikToker Lauren Kettering opened up claiming that he had “passed away” before baiting fans with the “seizure trend” and sparking outrage in the comments section.

While she did not go as far as Diego, Ona received similar backlash on her account for her contribution to the trend as many fans found the trend to be insensitive to those who actually suffer from seizures. 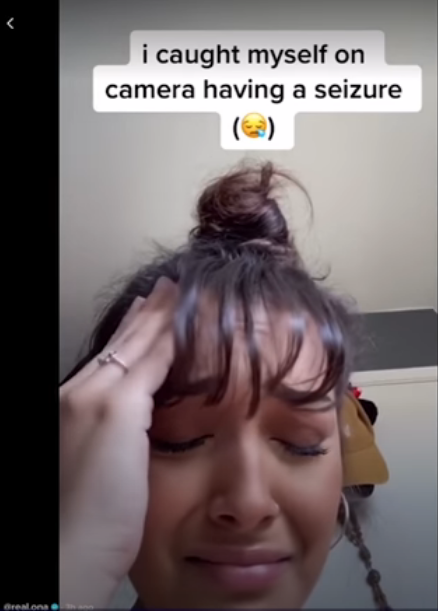 “How is this a trend?!” one TikTok user wrote, expressing their disappointment in the creator, ” This is not even good to joke about.”

Ona has since deleted the video from her page following the backlash and Diego has apologized to fans on his post, claiming full responsibility for following the controversial trend.

Many TikTok fans were not happy with the latest trend.

While many were critical of the TikTok stars, some of their fans claimed that it was not as offensive as many made it out to be, however, it is likely that the popular creators will be a bit more careful when choosing to follow a trend in the future.