Twitch superstar Turner ‘Tfue’ Tenney was holding back tears as he had a fit of laughter after receiving a poster of Tyler ‘Ninja’ Blevins for his birthday.

Tfue is one of the biggest Fortnite content creators in the world, rivaling even Ninja, with many considering him to be the new ‘face of Twitch’ after the former’s departure to Mixer.

The two are often compared to one another and seen as rivals by many, as they focus on the same game, making the gift a somewhat unexpected joke, which Turner seemed to love. 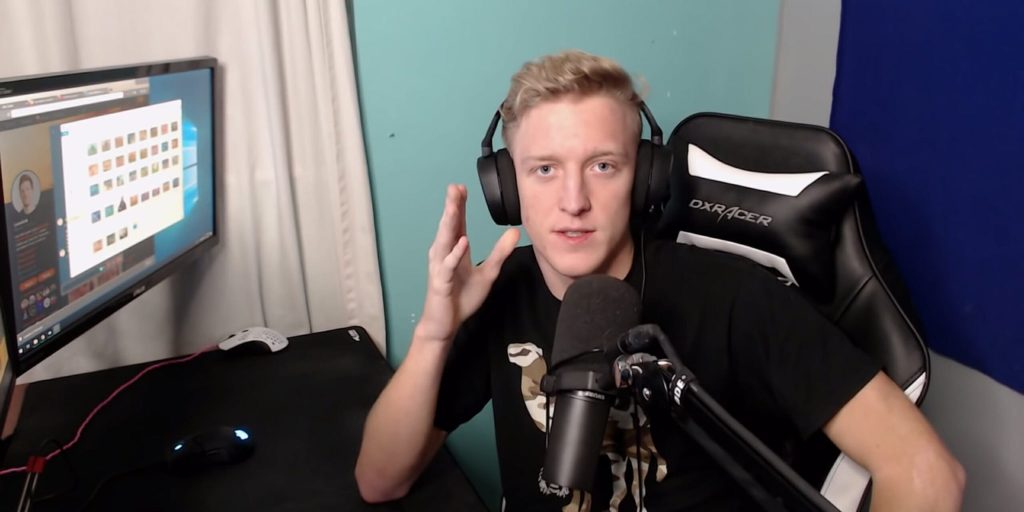 Tfue is one of the most popular Twitch streamers in the world, and many see him as the new face of the streaming platform.

The American had a small pre-birthday celebration during a stream on January 1, where he largely played Fortnite but also took a quick break to unwrap an unexpected present.

As he ripped apart the wrapping paper he noticed the gift was a poster of Ninja and immediately burst out laughing, doubling over, and seemingly wiping tears from his eyes before continuing to laugh even more. His viewers loved it as well, with an almost endless wave of laughs and emotes filling the chat for some time.

Shortly after Tfue finally got some words out, jokingly saying “bro, what the f**k?” while heading off-screen to recompose himself.

The gifter hilariously suggested that Tfue was a “big fan” of Ninja, and even cheekily suggested hanging it up right next to his computer, much to the amusement of the streamer and his chat.

Turner hasn’t commented on what he’ll do with the poster, but perhaps it will make a comeback in the future. Who knows, maybe he will hang it up by his PC for the world to see during every stream.

How to prepare for Pokemon Go’s Alolan Meowth Spotlight Hour