Twitch streamer Sweet Anita dropped some impromptu fire rhymes during a December 21 broadcast that ended up catching everyone, including herself, off guard.

After the streamer thanked a donor by the name of Michael Myers, not to be confused with the comedian or Halloween horror film antagonist of the same name, Anita whistled and let loose an impeccable rap.

The fact the rhymes came seemingly out of nowhere made this extra special as Anita’s tics normally don’t flow together as well, but this one definitely had a bit of a story to it and dare we say, even some weight?

Anita is no stranger referencing body parts or claiming to have a male member with her tics, but to imply that she not only has one, but it’s so large it weighs her down is just hilarious, and such a bizarre idea that when combined with rhymes, it’s incredible.

Even the British streamer herself was impressed and couldn’t contain her hysterics as she was forced to laugh into her arm, barely able to contain herself. The aftermath of chuckles actually ended up lasting longer than the rap did. 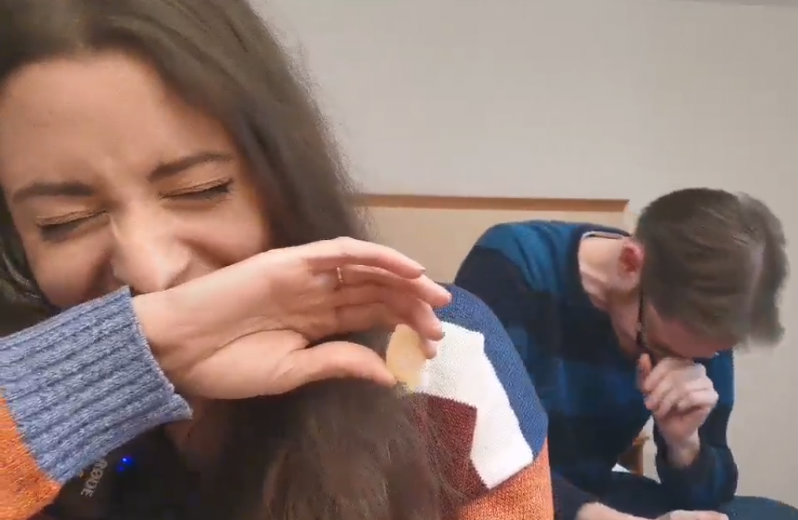 Anita dominated Twitch in 2019 and grew her channel to over 600,000 followers which is impressive considering she only started on the platform in April of 2018.

As 2020 fast approaches, it will be fun to see how she can further grow as a streamer and an entertainer who has used her Tourette’s to her advantage to help provide some joy to her viewers.