Streaming personality Sweet Anita thanked Twitch after the streaming platform came out in firm support for her and others with Tourette’s syndrome, stating they “have a home” with the Amazon-owned company.

–Sweet Anita is one of the most popular Twitch streamers of the last few months, as she’s made a name for herself on the platform with her Just Chatting broadcasts, as well as educating people on Tourette’s syndrome.

However, after there was calls to ban her for her uncontrollable tics, the streamer was grateful when the streaming company announced that they were supporting her and anyone else with the medical condition. 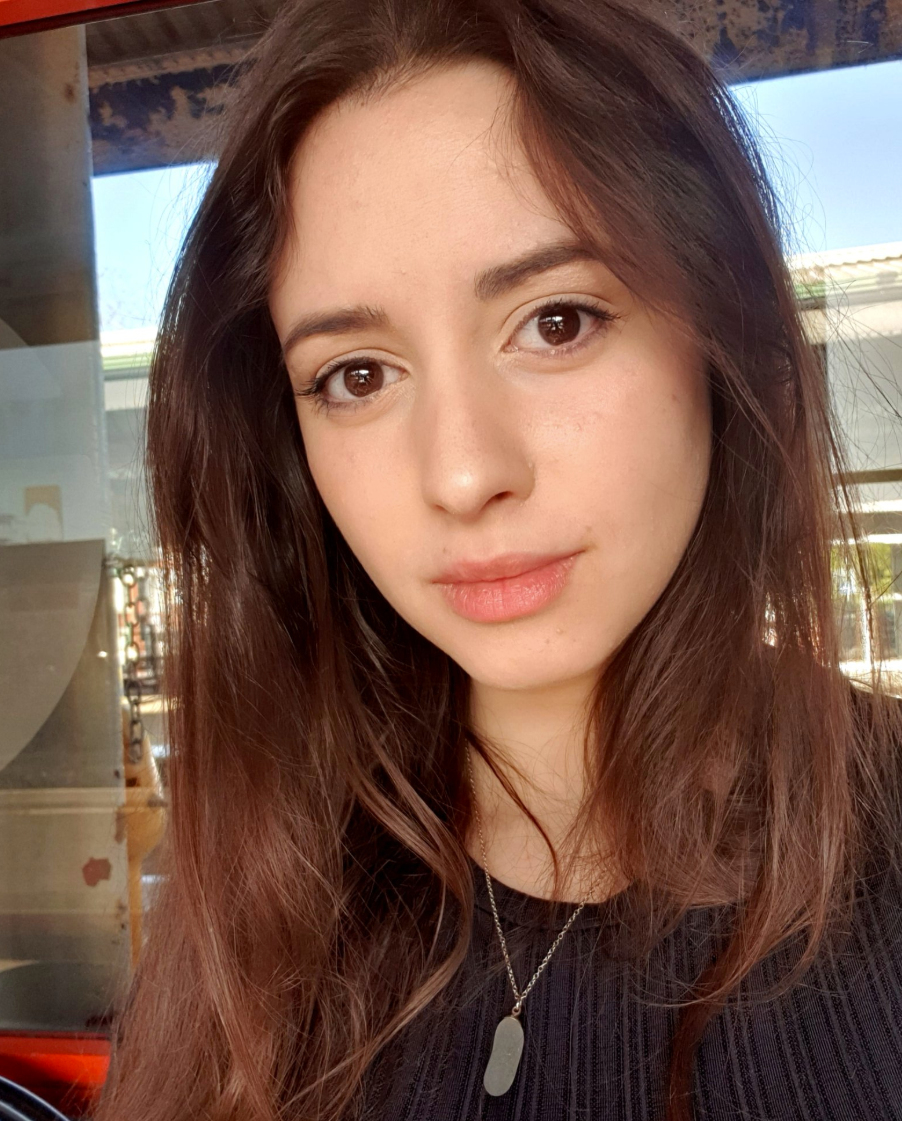 The popular Twitch streamer educates viewers on her Tourette’s condition.

The streamer was embroiled in controversy on December 10, 2019 when fellow Twitch personality ‘lilchiipmunk’ reacted to a clip of one of her vocal tics, and said that she should she banned.

She quickly issued an apology to Anita, who accepted stating, “I have grown quite used to people getting mad at my tics, so no harm done,” before releasing a YouTube video that educated viewers on what her condition entails.

Dale Cruse, the Principal Program Manager for Accessibility & Inclusive Design for Twitch, spoke out about the issue on Twitter January 8 with a tweet that read: “Streamers with Tourette’s syndrome have a home at Twitch. You are welcome here.”

Streamers with Tourette's syndrome like @Tweet4nita https://t.co/1vMES6k34U & https://t.co/Cc7DWYCUmF have a home at @Twitch . You are welcome here. Please RT.

The streamer saw the tweet in support for her and others with the condition, and was grateful, stating that it’s helping people.

“Thank you Twitch for supporting people with Tourette’s. It’s not easy with coprolalia to work, support yourself, or connect with people,” she wrote, thanking the company.

Anita then explained that by people giving acceptance to those with the condition, it allows them to have a place to grow. “Your acceptance and support is giving us a place in gaming, and a chance to break barriers,” she said. 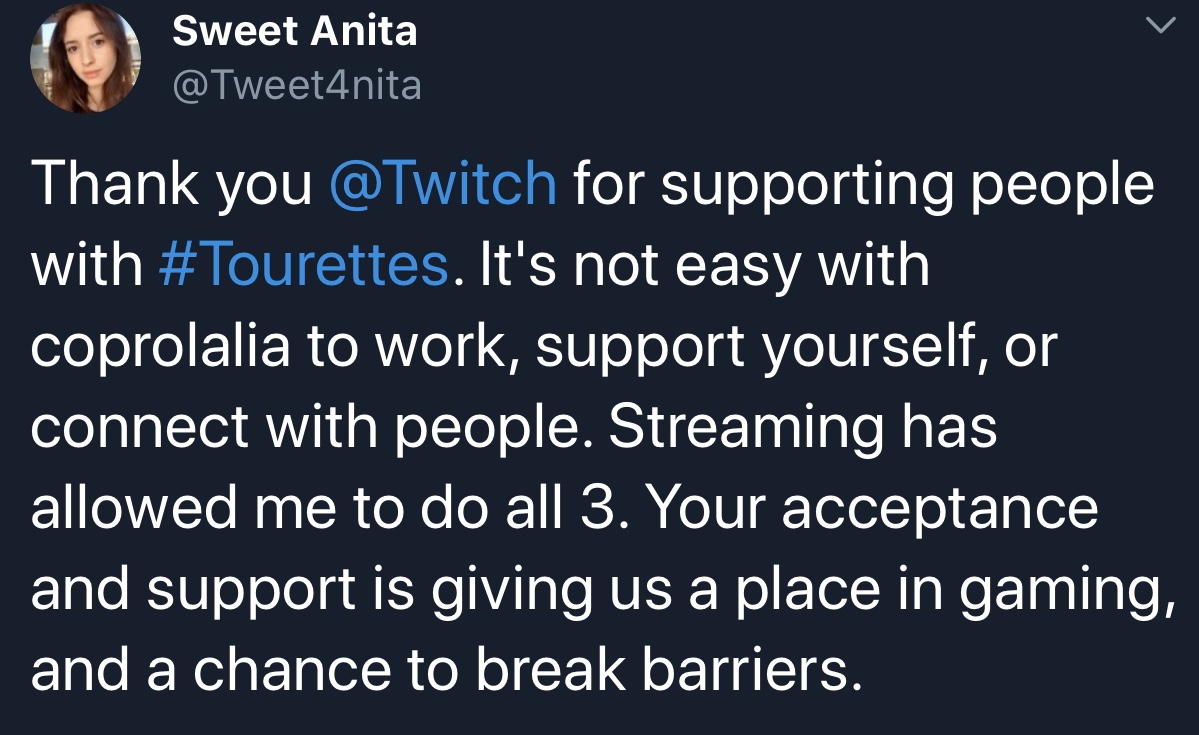 The people streaming personality thanked Twitch for their support.

Despite the backlash that she had received back in 2019, the whole incident has resulted in more people becoming aware of Tourette’s, and hopefully will lead to more acceptance – especially with Twitch giving her support.

At the time of this article, Sweet Anita continues to crush it on Twitch, and has amassed over 621,000 followers on her channel.