Jaryd ‘Summit1g’ Lazar’s quest to steal Athena Chests from people across the Sea of Thieves map has produced some incredible moments so far, but not many as exciting as this one.

The popular streamer, who is a retired professional Counter-Strike: Global Offensive player, has been making a mockery of teams by taking their loot from right under their noses as of late.

We’ve seen him escape without being caught, he’s been chased after teams have found their loot missing and in this video, he swoops in and takes Athena Chests from a group of players who are at their most vulnerable – as they’re just about to cash them in.

After spotting a Galleon anchored right next to Golden Sands Outpost, Summit used a cannon to fire himself over to see if he could spot anybody on the island. 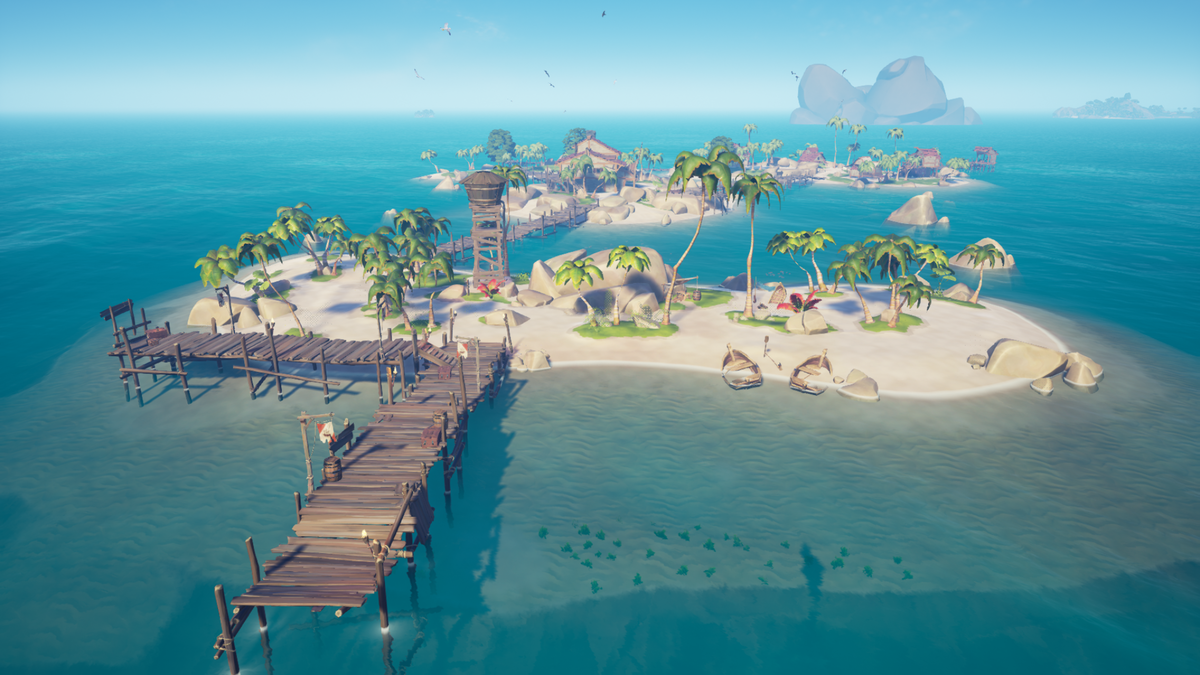 He quickly worked out that the building in the middle of the island was where players would most likely be if they had Athena Chests with them. But, the coast seemed to be clear, “no-one in here” he said.

As he swung out of the room, a player who was oblivious to Summit’s presence came rushing past with a chest in-hand and the streamer quickly took him out, just a few steps away from reaching the point where you can cash in the loot.

To seal the brilliant play from Summit’s crew, another player came rushing around the corner with a second Athena Chest and was also killed. Two Athena’s stolen in the nick of time, just seconds before they were to be cashed in.

Summit has been making this type of thing a regular occurrence on Sea of Thieves, but nothing beats his hilarious rowboat tactic.

Usually, the streamer will wait in the map room of the crew he is about to loot, sit tight as he works out where they’re going next and as they become pre-occupied with what they’re doing, he swoops all of their loot into a rowboat at the back of their Galleon and takes off.

You just can’t stop him.