Twitch star Jaryd ‘summit1g’ Lazar defied all logic during a recent Sea of Thieves stream, pulling off one of the most ridiculous plays we’ve seen in the game so far.

Summit has been putting a lot of stream time into the pirate adventure game in recent weeks, raiding rival crews and stocking up on loot even if it does result in some very unhappy opponents!

The 31-year-old has fought off stream snipers and a host of critics in recent weeks as he continues to terrorize the oceans, but even he was amazed when one heist on January 10 took a strange twist. 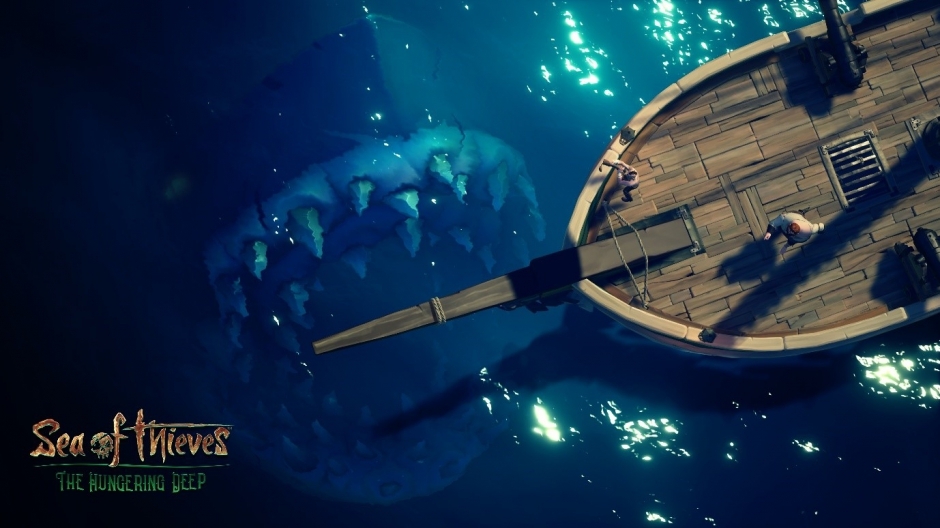 There’s always a surprise just around the corner in Sea of Thieves.
[ad name=”article2″]

Summit and his crew were closing in an opponent ship when the steamer decided to fly even closer with the use of a cannon. What he didn’t expect, though, was to land on the back of a Megalodon and use it to reach the other ship after he overshot the initial jump!

“I went too far. They were turning into us,” he said before suddenly landing on the back of the massive creature. “Woah! I’m on the Meg! What the fu…”

The Twitch star couldn’t believe his luck as the Megalodon steered him and gave him the boost required to rectify his position, allowing him to grab hold of the opponent ship’s ladder and sneak on board!

“It drove me almost to be able to get onto the ladder. Dude, if I hit this fucking ladder… Oh my god, the greatest play of all time!” he exclaimed. “I landed on the Meg, the Meg drives me just far enough to fucking make it bro! And they don’t know I’m here.”

Unfortunately for summit, and luckily for his opponents, he was eventually discovered by the crew. However, there’s no denying the fact that his Magalodon ride was impressive.

One of the most powerful creatures in Sea of Thieves, the Megalodon is a giant shar-like creature that can attack players at any time. Or, if you’re feeling brave, you could try to use it as a taxi service like summit!