UPDATE January 18, 2:15PM PST: Annialis has since been unbanned from Twitch after just one day.

Twitch streamer Annialis was left stunned on January 18 after being banned from the streaming platform – for an emote she has had for 5 years.

Annialis is a streamer with upwards of 100,000 followers on Twitch. However, fans trying to find her channel will now be met with the infamous ‘time machine’ message that is displayed when a streamer has their account banned.

It was not initially clear to Annialis why her account was banned as she went live for the first time in a month. Once the reasoning became clear, she was left with more questions than answers.

On January 18 the streamer tweeted her frustration and confusion after realizing the ban was for an emote her channel has had for over 5 years. The emote was called ‘anniGasm’, and looked like this: 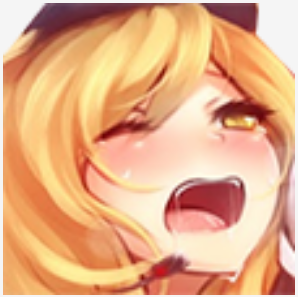 While her initial tweet was mostly directed at Twitch, it quickly became clear that she was actually banned for a DMCA copyright infringement.

Essentially, this means that an individual or company has claimed the Twitch emote Annialis has been using for over 5 years, as infringing upon their intellectual property. In cases of DMCA violations, Twitch is legally obligated to comply with the takedown request.

LMAOOOOOO I HAVEN'T STREAMED IN A MONTH AND GOT SUSPENDED FROM TWITCH, FOR AN EMOTE I'VE HAD FOR 5 YEARS.

BUT WE HAVE RACISTS, HOMOPHOBES AND ANIMAL ABUSERS RUNNING WILD. K Twitch. pic.twitter.com/pVAzEWe4u0

For those that are mentioning the DMCA, I've already stated that I was in the wrong and are aware of the consequences.

After initially pointing her dismay in Twitch’s direction, a follow-up tweet explained: “I’ve already stated that I was in the wrong and am aware of the consequences. Please read before pulling the trigger.”

Hassan Bhokari, accounts director at Twitch, explained that a DMCA violation is “not a normal report suspension”.

“In this instance, someone filed a claim for an emote that they said didn’t belong to you, so it was removed,” he said. “If you’re saying that emote is something you had the rights to, then you can file a “counter claim notice”. Instructions for that should be on the site if you search DMCA. Hope that clears it up for you.”

had the rights to, then you can file a “counter claim notice”. Instructions for that should be on the site if you search DMCA. Hope that clears it up for ya.

Regardless, the streamer was left baffled by the fact that someone had put in a claim against a five year old emote.

It’s possible Annialis will file a “counter claim notice”, as advised by Twitch staff, which, if successful, should then see normal service resumed on her channel.