Pokimane predicts why she’ll be banned from Twitch - Dexerto
Entertainment

Pokimane predicts why she’ll be banned from Twitch

Twitch sensation, Imane ‘Pokimane’ Anys, has revealed that she “probably will get banned” in 2020, after watching a skit of fellow streamers who were on the receiving end of Twitch’s banhammer.

While Twitch has continued to expand their horizons in terms of the content that the platform delivers, they have clamped down on enforcing their community guidelines. On the surface, this appears to directly support creators who use the Amazon-owned platform. However, the reality has transpired to be a flurry of bans that have been allegedly inconsistent.

After being on the receiving end of Twitch’s banhammer, PaymoneyWubby pointed the finger at Pokimane. Wubby claimed that Twitch held favoritism towards certain creators, in-light of Anys’ absence of ban after showing sexually explicit content during a live broadcast. 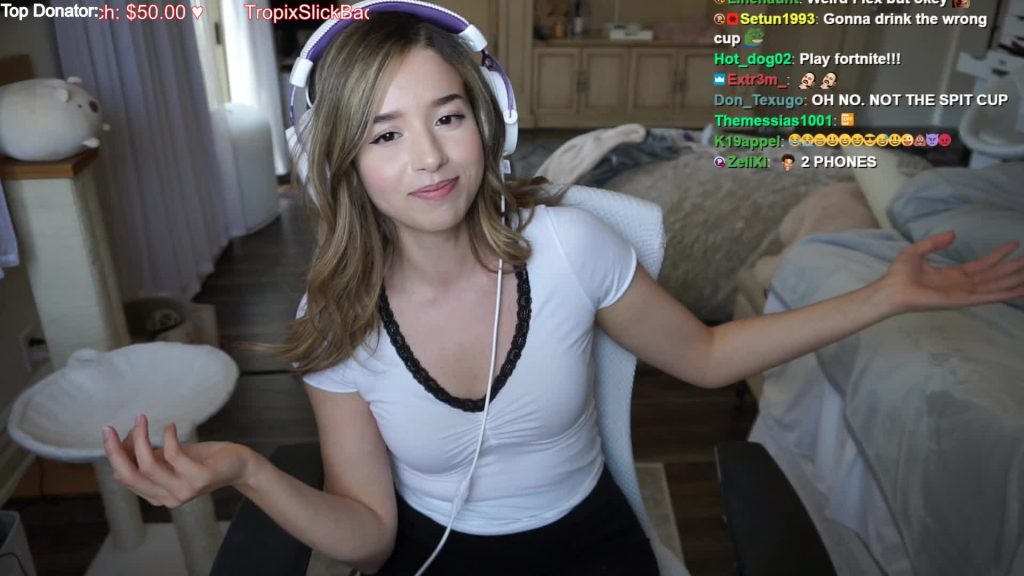 Pokimane Googled the term ‘spunk’ during a livestream, which revealed sexually explicit results.

Following a series of ‘narrow escapes’ in recent times, Pokimane has predicted that she will likely be on the unfavorable side of Twitch’s content regulation system. During a December 14 livestream, Anys stumbled across a compilation video of bans that have transpired throughout recent times.

The video highlighted incidences such as Felix ‘xQc’ Lengyel’s ban for showing explicit content on stream, alongside Hasan Piker’s ban for showing ‘educational’ content which revealed a “couple of dead bodies” during a live broadcast.

While watching on, Anys paused the video and forecasted a suspension in 2020. “I hate to say this, but I predict [that] I probably will get banned for something similar in 2020,” she stated.

After speculating on her projected ban, the streamer continued: “I’m trying to be as safe as I can, but the more [reaction content] that I do, the more risky it is.”

Pokimane went on to admit that she has “definitely messed up” and that she knows that she “is not immune” from the repercussions which come with violations of Twitch’s Terms of Service.

“I just haven’t messed up that much. But I know [that] if I do it a couple more times, I’m going to have a problem,” the 23-year-old explained.

After revealing her 2020 prediction, Anys placed a bet with her audience of “100 gifted subs” that she’d be on the receiving end of the banhammer at some point in 2020.

Since there appears to be a need for more transparency with what is dubbed a violation of Twitch’s Terms of Service, it seems as though creators are treading on eggshells when it comes to the content they show during a live broadcast.