The content creator has risen to superstardom on the video-sharing platform, celebrating the achievement of four million subscribers on both Instagram and YouTube in October, and her most recent video uploaded to the latter might well have shocked a few of her fans.

There’s no doubt that Pokimane is a great lover of Mojang’s sandbox game, and viewers are in exactly the same boat, with many of her Minecraft series videos eclipsing the half a million mark. But, it wasn’t all rosy during her October 14 episode. In fact, things got pretty brutal. 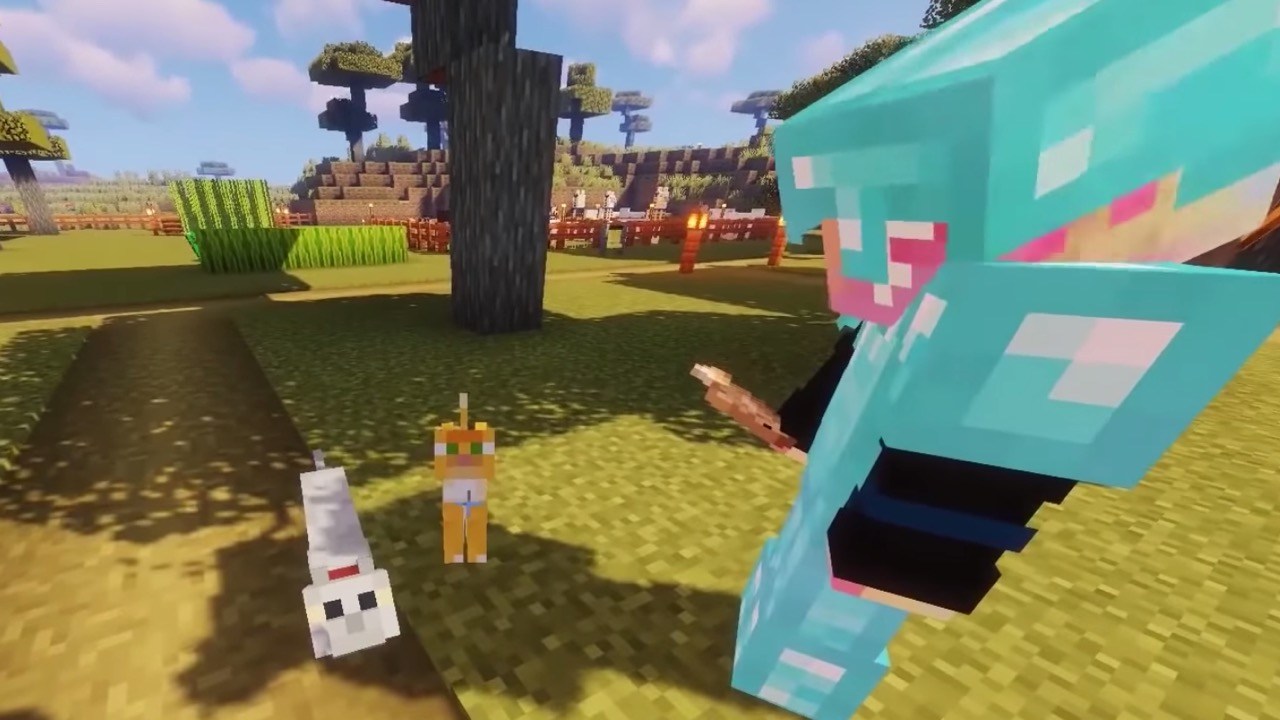 You can breed different animals in Minecraft and keep them as pets.
[ad name=”article2″]

Pokimane decided to team up with fellow internet personality Cameron ‘Fitz’ McKay, who has over 5 million subscribers of his own on YouTube, as the pair explored different parts of the world and showed viewers what they were creating together.

After showing off an overly populated farm and some of their other structures, they decided to breed two of the cats and Pokimane was to keep the kitten. The cute new pet appeared on the screen and it seemed as if all was well, but the joy didn’t last long as a huge donation forced Fitz’s hand.

He had previously said during the making of the video that if somebody donated a sum of $500, he would be open to killing her cat, but nobody could have expected it to be as brutal as it was when it eventually played out.

Once the donation had been made, it was only a matter of time before the deed had to be done by Fitz, no matter how Poki was going to react. So, he picked his weapon of choice – lava.

“What are you doing?” she asked, to which he responded: “Oh, I’m just experimenting.”

After entering her house, the YouTuber destroyed blocks right next to the pet before placing lava inside and eventually knocked it into the hole, burning it alive in seconds and sparking an almighty scream from Pokimane.

She hasn’t had the best luck with pets on Minecraft during the course of 2019, accidentally killing her dog on another occasion back in September, and now this cat has suffered the same fate. Who knows what tragedy will unfold next in the series.