Twitch streamer Fareeha Andersen has had her account banned for “engaging in hateful conduct against a person or group of people”, after she called a team of South American Overwatch players “shit”.

The ban will last 30 days, and will also leave Andersen with a community guidelines strike against her account.

Fareeha is a popular streamer, known mostly as a skilled Overwatch player, with almost 50,000 followers, but her account is currently not available on the platform.

Fareeha later apologized, in a lengthy TwitLonger she said “I’m genuinely sorry, I fucked up. […] I mean no hate towards South Americans. The angle I intended with that was more of a “just like with EU, there’s less of a playerbase, less emphasis and support for esports, therefore less cutthroat competition like you’d see in KR servers for instance.”

She explains that her team was often being placed in South American servers with high ping, and combined with trolling from South American players and fans in her chat and discord, Fareeha lashed out.

As reported by Rod ‘Slasher’ Breslau, a Discord server Fareeha’s Twitch chat was rife with “harassing, griefing and [stream] sniping”.

Shown in screenshots with translations attached, some of the messages read “you f***ing whore, u are ugly and we don’t care about u getting high ping” and “showing her boobs […] oh wait she doesn’t have any.” 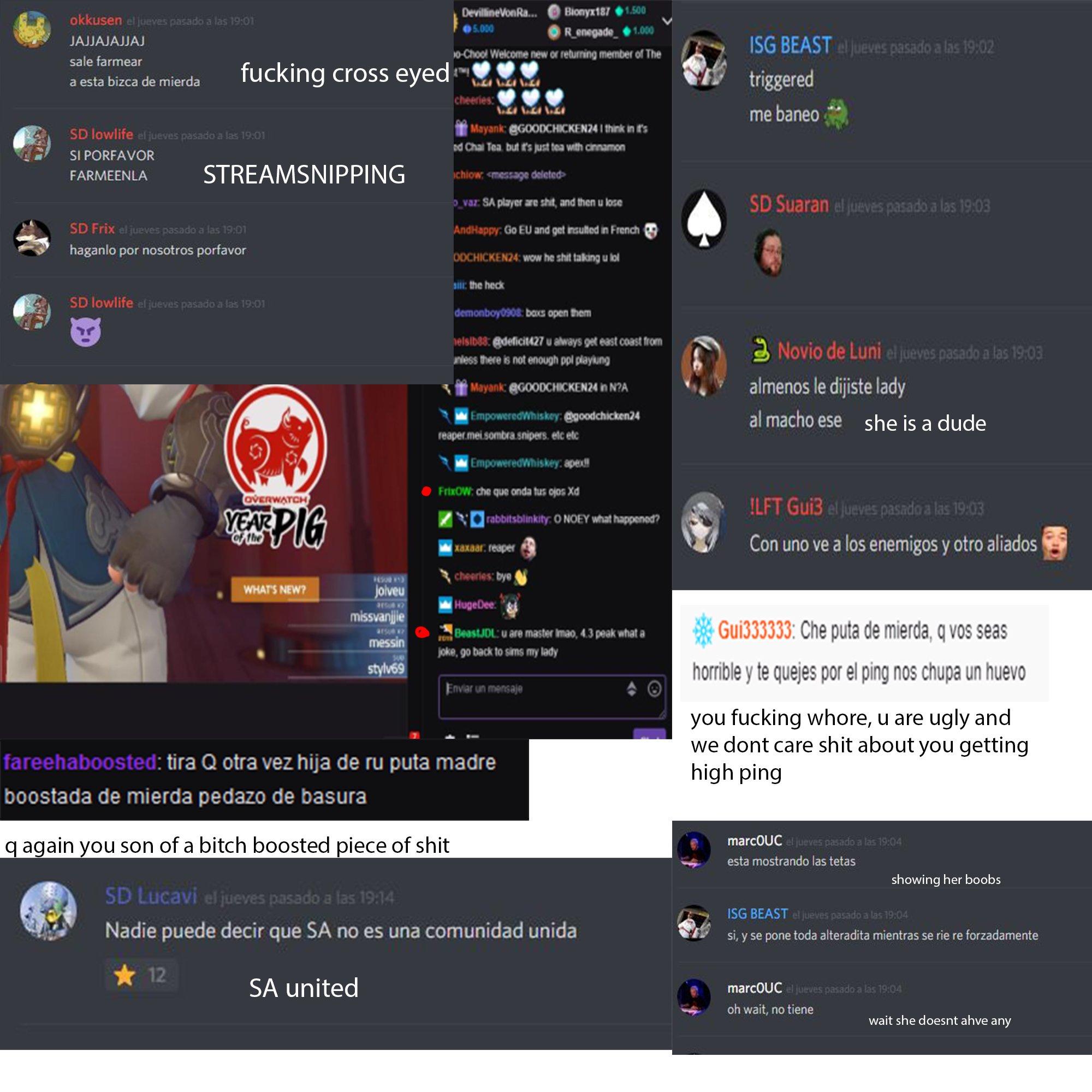 These messages were apparently posted during and after the match.
[ad name=”article3″]

Fareeha posted the email notification of her suspension on Twitter, clearly surprised by the punishment.

Not everyone was sympathetic however, with suggestions that her comments were ‘xenophobic’ and that her ban should come as no surprise.

i offended an entire region by being xenophobic and deleted the evidences
WHY AM I BEING SUSPENDED ON TWITCH pic.twitter.com/1jVtgQTJ7L

Others argued that while the suspension was warranted, the length of the ban may have been “excessive”.

30 day suspension however seems a bit excessive and yes, ppl have done worse and gotten no punishment or barely a couple days suspension. but @TwitchSupport @Twitch doesn't seem to have a clear rule set on how many day suspension or ban each offense should get

In any case, Fareeha should have her account reinstated within 30 days, but the community guidelines strike will remain. Often streamers who receive three strikes are banned permanently.